Next on The Scoop: Win an Indigo Fresh Prize Pack with Dog Dental Care Goodies

A Heroic Dog Goes Home to Her Family, Thanks to Crowdfunding

"If Charlie had not taken the bullet, it would have hit one of my children," a family member says.

It’s no secret that getting health care is a problem in this country. As controversial statements go, that one should rank up there with “the sky is blue.” For most of my own adult life, I’ve had to hustle to get together the funds to keep me in anti-convulsants so I can sit upright typing stuff like this, rather than thrashing on the floor in the throes of tonic-clonic seizures (a.k.a. gran mal in more old-fashioned terminology). Even simply going to an emergency room can involve an eight-hour wait for people who are in severe distress.

It’s not just tough for us two-legged types, though; sometimes life-saving medical care is hard to get for our furry friends. Charlie, a dog who was shot by intruders who broke into her Los Angeles home, faced that very situation. When Charlie and two other dogs faced down the intruders, four bullets were fired, striking Charlie in two legs. 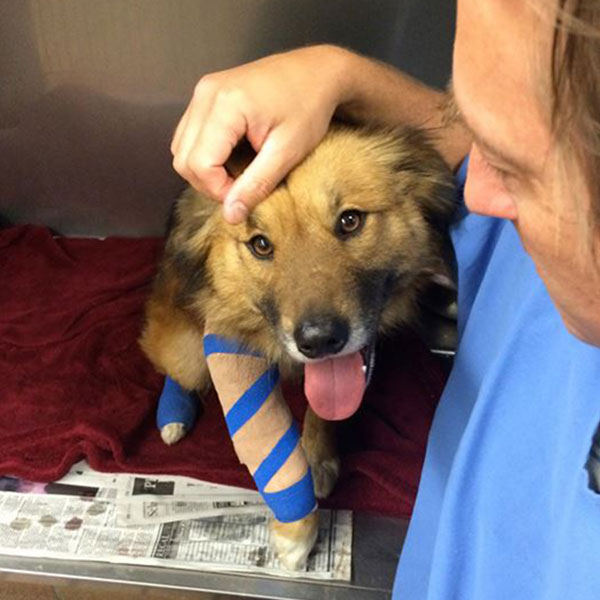 Charlie’s family didn’t have the resources to pay for the medical care she needed and so were forced to surrender her to the police, who took her to North Central Shelter, a high-intake facility run by the Los Angeles Animal Services.

It’s hard to imagine a more heartbreaking or unjust situation. Charlie had literally saved the lives of her family.

“If Charlie had not taken the bullet, it would have hit one of my children,” one of her owners said. And yet, for all their love and gratitude, there was no way that the family could afford to care for her. The surgery would cost more than $3,000, and like a lot of us, they were on a limited income. It’s an infuriating and unfortunately quite common story, for human as well as animal patients. 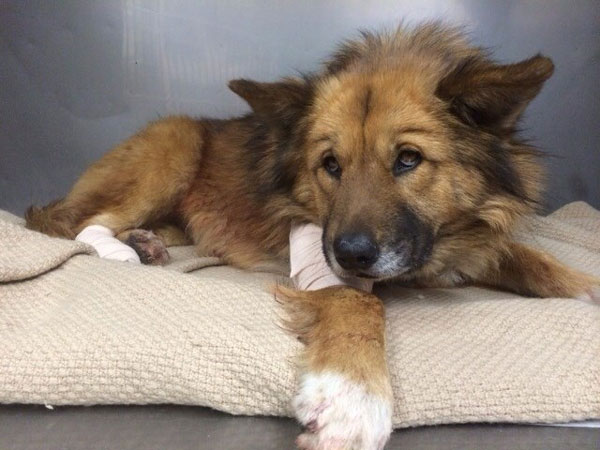 Because this is the 21st century, there was one very obvious solution: Take it to the Internet. The North Central Shelter Intervention Program, which helps owners find resources for their pets, helped the family by organizing a crowdfunding campaign. And it worked. Big time. The campaign took off partly because of publicity by the Bill Foundation dog rescue organization. On its own site, the Bill Foundation wrote a post about Charlie’s dilemma, telling its supporters, “With surgery costing over $3000, it’s more than the Intervention Program has available. But imagine if each of us just donated $1. Heck, we only need 5 percent of our village to donate $1. Then, Charlie could receive surgery and this little hero could be reunited and live happily ever after.” 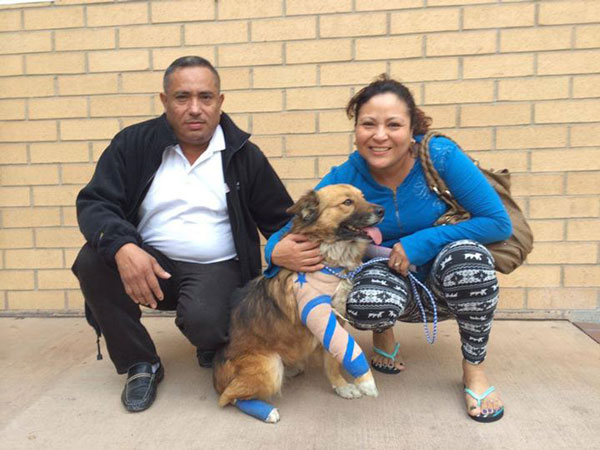 And apparently, people listened and followed up. As of right now, there are still two days left on the campaign, and it’s already raised almost double its original $4,000 goal.

Charlie has had her surgery, which unfortunately included amputating a leg. Yesterday, the NCSIP reported on Facebook that: “Charlie did great during her surgery. She is spending two nights at [Animal Specialty and Emergency Center] after her surgery and will be going home with her owners tomorrow. We are so sorry she is losing the leg but countless dogs live regular lives on only three.”

Charlie is going home with her family, but there are still two days left on the fundraiser. If you want to donate and make sure that services are there for the next dog like her, this is a good opportunity to support good work.