Next on The Scoop: Can Naturally Bob-Tailed Dogs Be Bred to Reduce Tail Docking?

Can DNA Testing Really Clean Up a City’s Dog Poop?

"People are terrified of him. Boy, does he take his role seriously," says one dog owner.

Matt Antczak, the animal control officer of Ipswich, Massachusetts, takes dog poop really seriously. Most of us get annoyed and let loose with a few choice swear words when a person lets his or her pooch take a dump and doesn’t clean it up. We step around it, and depending on the situation, might even clean it up ourselves. But Antczak sees it as a blight on his town, and he wants to do something about it.

Perhaps having seen a few too many episodes of Law and Order, Antczak is pushing the city of Ispwich to make DNA testing a mandatory part of getting a dog license. He wants the city to approve $80,000 to hire a company called PooPrints to build a database for DNA samples of all 2,000 dogs in Ipswich. Once he has the database, Antczak no longer has to catch someone red-handed — or whatever the proper term is for this situation — in order to ticket them for walking away from dog doody. The city can take samples, compare them to the database, and then fine the culprit by mail. 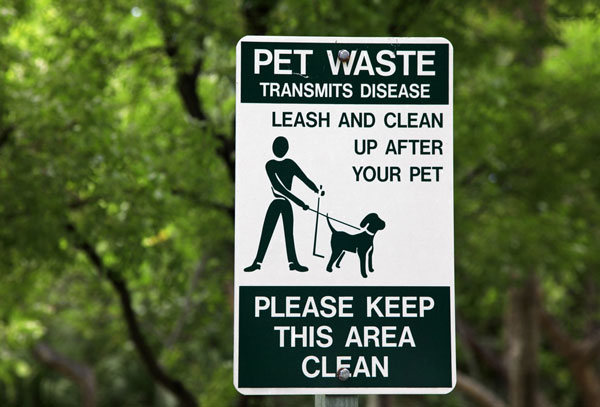 The idea is not so new, but the scale of it is. PooPrints is known primarily for providing this kind of service in apartment complexes and condominiums, covering a few hundred units at a time. In contrast, Ipswich has about 13,000 people and covers about 32 square miles.

This is not a new crusade for Antczak. In the Boston Globe, he expresses disappointment that last year he was able to write only four tickets to pet owners who didn’t scoop their dogs’ poop, despite the fact that he uses the family van for stakeouts. One dog owner, who would give neither her name nor her dog’s name to the paper, described him simply as “rabid” on the subject, and said, “People are terrified of him. Boy, does he take his role seriously. If he sees you with a dog, he’ll demand you show him your poop bags, and if you refuse he’ll call the cruisers.” 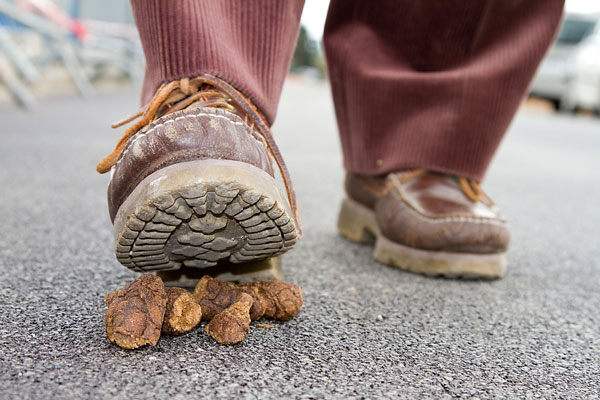 The city of Ipswich must be a very, very quiet place if it can spare police cars for wayward canine defecators. In some neighborhoods across the country, it’s hard to get police to show up for domestic violence calls or even gunshots. 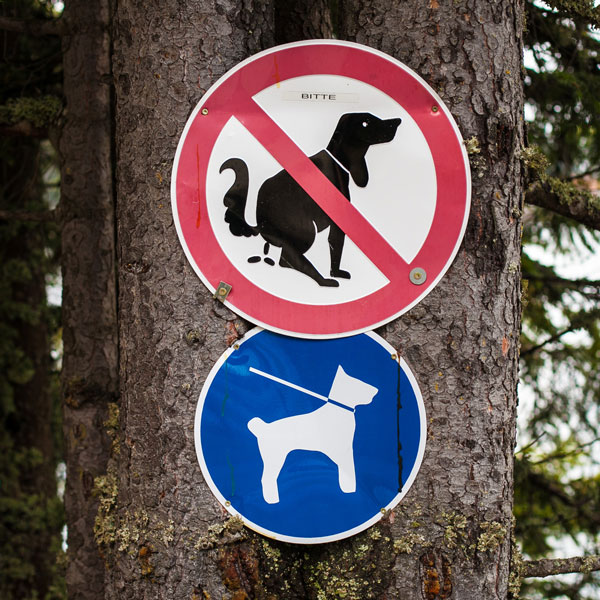 Which of course, brings up the question: Dog poop is gross and sometimes infuriating, but is it really worth spending $80,000 for a high-tech solution to people who walk their dogs without taking some plastic bags? To implement the program would cost $34.95 for each dog that’s swabbed, then another $75 every time a sample is sent in for testing. Antczak believes that by charging $200 per infraction, the city can not only pay for the program but come out in the black.

Of course, that means that just to recoup the original $80,000, he’d have to write 400 tickets — 100 times the number that he wrote last year. And the database will always remain incomplete: Ipswich depends on tourism as a big part of its economy, and tourists who come to visit the local beaches or attend the annual Chowderfest (who wouldn’t be in the database) often have dogs with them.

What do you think? Is uncollected dog poop really such a scourge that cities should start swabbing local pooches for their DNA? Or is this all just a little bit out of control?

Via The Boston Globe