Next on The Scoop: An Update on the Death of Rosie the Inbred Chihuahua

The Fake-Service-Dog Scam Is Getting More Popular

There's a thriving market online for fake ID cards and badges, and one training group has asked for federal intervention.

Back in the wild and crazy days of the early first Obama administration, I worked for an Internet startup where the boss brought his dog into the office every day. Dogs weren’t allowed under the lease for the office space, so the standing orders were, if the landlord ever came around and asked about the dog, to tell him that the dog was a service animal.

Fortunately, the landlord never came around and I never had to make the ethical decision about carrying out my boss’ scuzzy orders. Unfortunately, there are a lot more like him, and the problem seems to be getting worse. 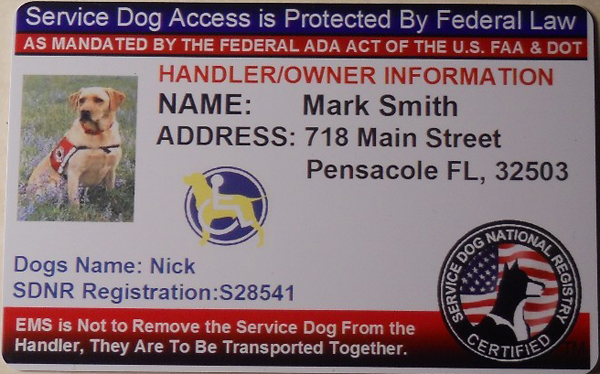 Dogster has written at length about people pretending that their dogs are service animals simply so that they can get into concerts, get around rental prohibitions, or eat in restaurants while keeping their pet at their side. In 2010, Casey Lomonaco outlined strong practical and ethical reasons not to dress your dog up in service animal drag for your own convenience; a few months ago, Michael Leaverton wrote about Brett David, a New Yorker who bragged to the papers about all the places that he went with his dog by pretending that it was a service dog. 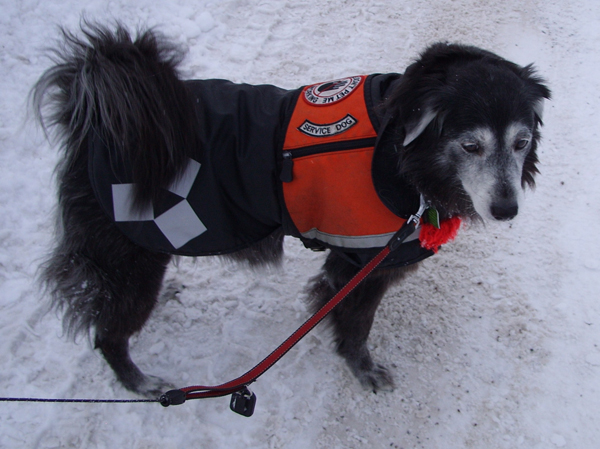 Unfortunately, there are enough people like Brett David to support a small economy on eBay: type in a search for “service dog id” and you get well more than 500 entries for realistic-looking ID cards that claim “access protected by federal law.” Patches and vests are also easily available. 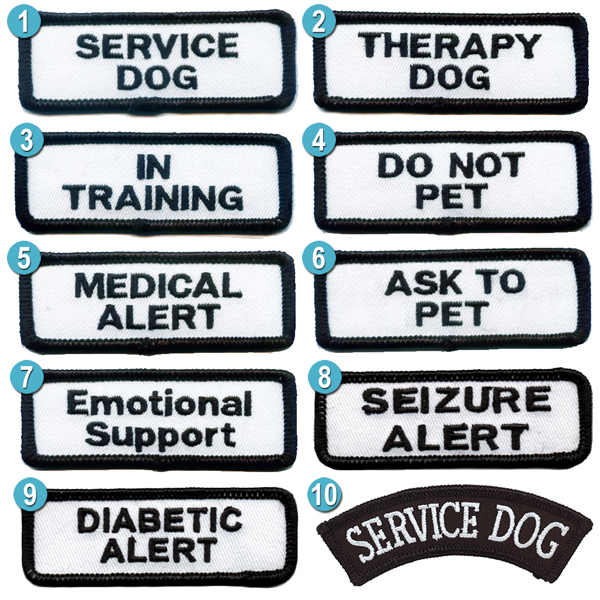 Fake service dogs have become a common enough problem that some organizations are pushing for legal changes that would make it harder to impersonate service animals by just slapping a vest and some patches on a dog. In August, Canine Companions for Independence, a nonprofit group that trains and provides service dogs, started an online petition asking the Department of Justice to take action against fakers such as Brett David. As of now, the petition has almost 20,000 signers. Corey Hudson, the chief executive officer of CCI, started writing to the Department of Justice about 18 months ago, but as of this week, he hasn’t heard back.

Not everyone is as enthusiastic as Hudson about encouraging the government to get directly involved in fighting bogus service animals. There’s a lot of fear that the price would be increased discrimination and loss of privacy for disabled people. That concern is why, as of right now, there are only two questions you can ask to ascertain if a service animal is legit: “Is this a service dog?” and “What is it trained to do for you?” 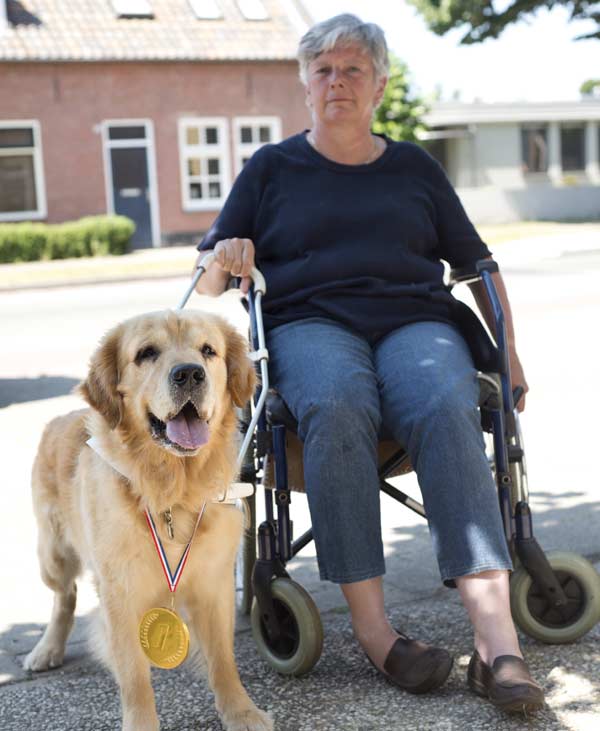 Joan Froling, the chairwoman of the International Association of Assistance Dog Partners, acknowledged that there’s a problem, but she also believes there needs to be a cautious approach: “While we deplore those who might be so unethical as to impersonate a disabled person by dressing their dog up as a service animal, we equally deplore the frenzy of alarm being stirred up about the risk of such abuse,” she told the Associated Press last week.

The same article gives an excellent example of the consequences resulting from people who pass untrained dogs off as service animals. Marv Tuttle, who uses a service dog because of a spinal injury, said that he and his wife were stopped from entering a furniture store because the dog was with them. Only two weeks before, the clerk told them, someone had brought in a fake service dog, and the animal urinated on some expensive carpets. That’s not an unfamiliar situation to Tuttle, either: Working as a volunteer guide at the Monterey Bay Aquarium, he believe that he spots two to three fake service dogs every week.