Next on The Scoop: How to Shovel a “Path to Poop” in the Snow for Your Dog

Got Too Much Money? This Dog-Friendly Rolls Royce Is for You

The bespoke design is meant to make the luxury car friendlier to dogs. But does it do anything besides throw in expensive gimmicks?

The main purpose of most cars is to get you places. No matter how much you decorate them, or how much audio gear you shove into the dashboard and door panels, their primary function remains the movement of you (with groceries or family) from point A to point B.

But then there are cars for which the whole transportation thing is secondary: Their main function is to tell the rest of the world, “I have more money than you.” While sending that message, they’re also excellent devices for separating the owners from that very money thanks to crappy mileage and outrageous maintenance costs. 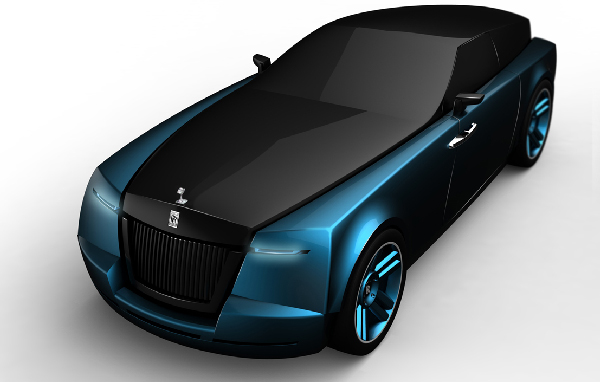 If Rolls Royce cars typically belong to the latter category, it’s even more true when you have one custom-designed for your dogs. In preparation for the 2015 Geneva Motor Show, London designer Niels Van Roij came out with a concept for a car tailored to transport your dogs in luxury. 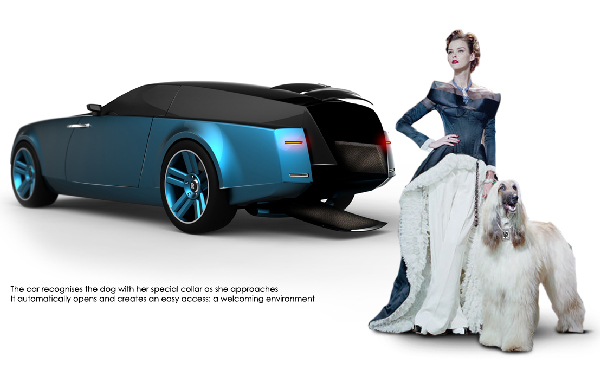 One of the most notable features of the car is that it automatically opens for your dog. The car is equipped with sensors that detect an RFID chip worn on the dog’s collars. When the dog comes close enough, the rear hatch of the car opens up and a ramp extends so that the dog can enter the spacious rear section. There are no back seats in Van Roij’s version of the Rolls; only a large, oval-shaped space where your pooch can supposedly stretch out and lie down while you drive him to wherever it is you’re going. 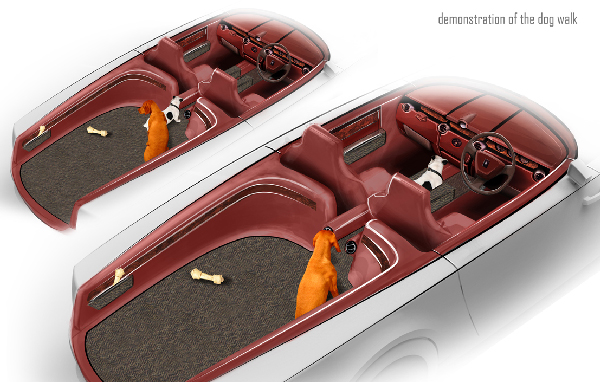 Jason Torchinsky on Jalopnik makes an excellent point about the practicality of the design and the realities of dog ownership: I hope there are “‘new materials for the interior’ because I’m not so sure how well current Rolls-Royce carpet deals with being saturated with dog urine.” For that matter, there’s just the general dog smell that upholstery and furniture tends to pick up from being in contact with hair and dander. It’s not one of those things that luxury car designers tend to plan for. 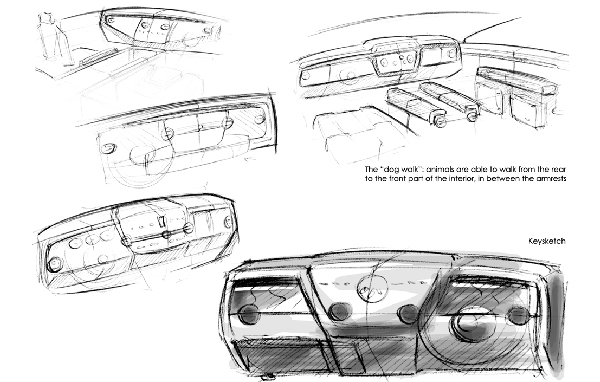 Between the front and back seat, there’s a small channel that Van Roij calls a “dog walk,” so that the dogs can easily go from the back area to hang out with the humans in the front. From the sketches, it looks a little narrow for anything other than a small- to medium-sized dog.

Would a car like this really improve the average dog-owner’s driving experience? I’m kind of doubtful. It may fare well at the Geneva Motor Show, where the standard is “What a cool idea!” — but once you get out of the realm of ideas into practicality, it doesn’t seem to have much to offer. 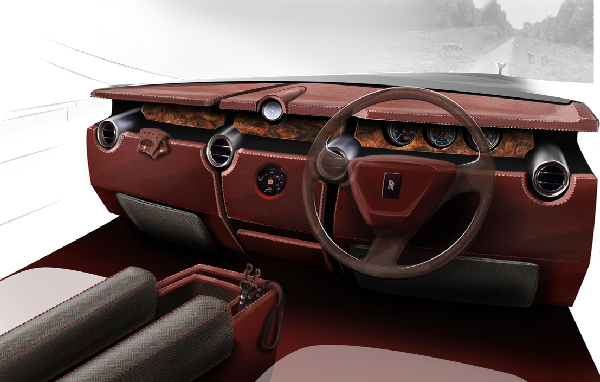 For one thing, the rear area doesn’t seem like it would be that comfy when the car is actually moving. It’s big and spacious, but that also means that there’s lots of room for pooches to slide around and bang into walls. I think most people would want to augment it with pillows and blankets or perhaps even a more secure and safer setup.

Second of all, I imagine the automatic features scaring the hell out of a lot of dogs. When they approach the car and it suddenly unlocks and sticks out a long ramp, lots of dogs would have the impulse to turn tail and run instead of getting in. (Hell, I’ve known dogs who were reluctant to get into the car with their owner close-by.) 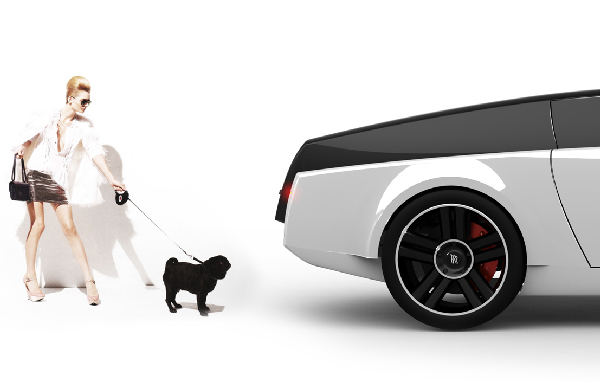 For those who are perfectly cool with the door opening by itself, do you really want the dog getting into the car whenever they feel like it? Does the car become a big toy for the dog? And if you’re going on a trip, what’s wrong with the dog waiting for you to get ready anyway?

But in the end, all these questions are irrelevant; I don’t even vaguely resemble Rolls Royce’s target market, and unless there’s a massive change in pay rates for writers at dog blogs, I won’t anytime soon.

What do you think? Is there any appeal to this kind of car, or are you happy putting your pooch into the family pickup, compact, or SUV?

Posted in Dogs and Tech,