Next on The Scoop: Medical Marijuana May Soon Be Legal for Dogs in Nevada

Ever since Watson and Crick discovered the double helix back in 1953, the benefits of DNA testing have transformed the medical, judicial, and law enforcement fields.

But we know where DNA is put to its best use: Helping pups find their forever homes, of course.

The Peninsula Humane Society and SPCA in Burlingame, Calif., not far from San Francisco, has certainly embraced the technology, particularly when it comes to its large population of Chihauhuas. According to the Associated Press, roughly 25 percent of the dogs in the PHS’ shelter are Chihuahuas, with many of the same characteristics. So in order to help distinguish the pups from each other — and make them more individually attractive to potential forever families — the organization turned to DNA testing. 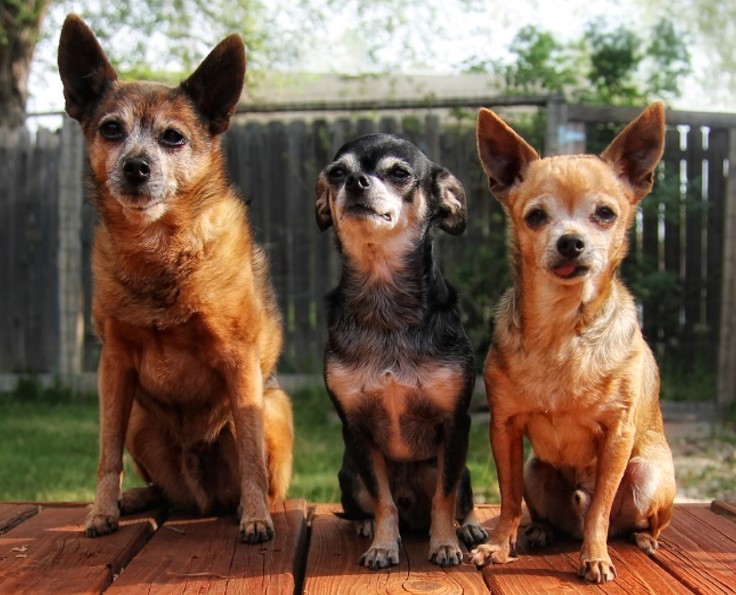 Under the slogan “Who’s Your Daddy?” the humane society performs DNA tests to determine the exact breeding of the Chihuahuas. The purpose is two-fold: It gives potential owners a more complete background profile of the dogs, complete with potential behavioral traits, and allows the shelter to give the dogs their own “designer” breed names, to make them more adoption-attractive.

The testing and re-branding paid immediate dividends, according to Scott Delucchi, the shelter’s senior vice president. Of the first 12 dogs to undergo the testing, 11 showed unique mixed breeding and were placed in forever homes within two weeks, twice as fast as untested dogs.

According to the AP story, one owner, Lynn Mazzola, found the DNA testing of her rescue Lily — a Chihuahua-Yorkie terrier mix called a “Chorkie,” helped her identify cues to Lily’s behavior.

“It explains why she goes after birds and mice and she’s not nervous like a Chihuahua,” Mazzola said.

While Delucchi said the DNA “gimmick” has boosted adoptions, it’s still a small part of the solution to the booming Chihuahua population in California.

“Another part is making spay-neuter low-cost or free to the community,” Delucchi said. “If you have a lot of one breed, you target that breed and those owners and make it easy for them to do the right thing and get them fixed.”

Here is a behind-the-scenes look at PHS: