Next on The Scoop: #GetTough on Dog Fighting With the ASPCA

Chicago has an outbreak of the rare but highly infectious disease. Authorities are recommending vaccinations and that pet owners avoid dog parks.

Chicago health authorities have identified over 1,000 cases of canine flu infection and at least five deaths in what some are calling an epidemic. Anne Cohen, a vet from Chicago Veterinary Emergency and Specialty Center told ABC News, “We’ve seen a significant increase in respiratory cases over the past month, about 50 to 100 between all of our partner hospitals.”

Signs are being put up in parks around the Chicago area to warn dog owners about the outbreak and that they should avoid bringing their pets into areas where there are a lot of dogs. Several kennels have also shut down temporarily, including three of PetSmart’s PetsHotels facilities.

In a statement from PetSmart, Dr. Robyn Jaynes said “Because of the highly contagious nature of canine influenza, we have made the decision to proactively close these three PetsHotels out of an abundance of caution. The key to minimizing the spread of this virus is isolating and treating pets that are showing symptoms, while limiting the exposure of healthy pets to other dogs.”

The canine flu is formally known as virus H3N8, and was originally identified in horses 40 years ago. It was only in 2004 that it was found to be infecting dogs and classified by the Centers for Disease Control as a “newly emerging pathogen in the dog population.”

The disease is highly infectious, but rarely fatal to dogs. It cannot be transmitted from dogs to humans, nor can humans act as carriers except if they get bodily fluids from an infected dog on their clothes or skin and it rubs off on an uninfected dog. 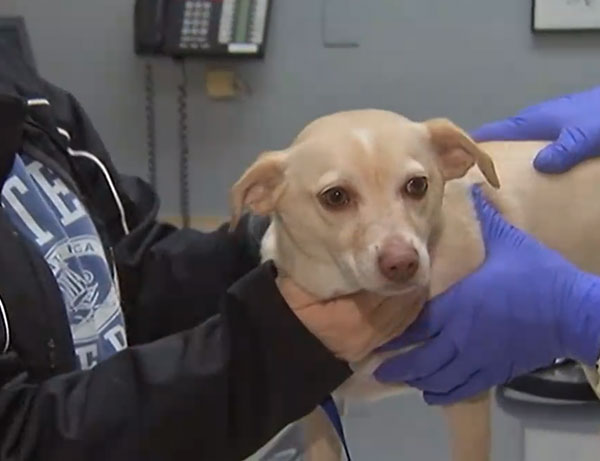 Symptoms of H3N8 infection are pretty much the same as human flu infection: respiratory problems, coughing, runny noses, and a lack of energy or appetite.

There is a vaccine for canine flu, but it’s not part of the standard cluster of shots that dogs get at the vet. It requires two shots, about three weeks apart. While it may not completely prevent infection, it should reduce the symptoms in most dogs. “This isn’t a typical vaccination we give but because of the outbreak we’re recommending it for all high-risk dogs,” Cohen said. High-risk, in this case, would be most dogs that frequently socialize with a lot of other dogs.

As in most outbreaks, misinformation is already beginning to spread. ChicagoNow pet columnist Steve Dale writes that there is an untrue rumor going around that the virus has mutated and that the vaccine is no longer effective. According to all medical experts, there have not been enough changes in the virus to make it necessary to create a new vaccine.

For more information on the disease, the CDC has a fact sheet online.

Via ABC News and Chicago Now