Next on The Scoop: Have You Ever Complained About a Neighbor’s Barking Dog?

Update: Burned and Abandoned Puppies Have Been Adopted!

Thanks to the Lowndes County Humane Society and a dedicated foster family, the Border Collie pups are now thriving in their forever homes.

Border Collie puppies Jim and Tim were found burned alive and abandoned in a Valdosta, Georgia, ditch. The pups were taken to Lowndes County Humane Society for treatment, during which one of the puppies’ ears and part of a tail fell off. Jim and Tim were placed in a foster home with Nikki Nelson to continue healing. Their story made headlines across the nation, outraging dog lovers and spurring a flood of adoption offers and donations. 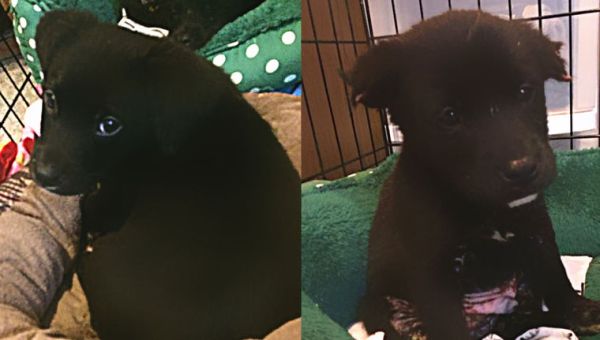 Nelson and her family have a long history of fostering and placing dogs, and it was to a family member that one of the puppies went. Nelson’s aunt, Lara Seaton, had been following Jim and Tim’s journey via her niece’s Facebook page. Seaton and her partner decided to adopt one of the dogs, and, as Tim was already spoken for, they asked to take Jim. There was just one minor issue: Seaton lived in Austin, Texas, and Jim was still in south Georgia. Where there’s a will, there’s a way, though, so Nelson and Seaton met at the halfway point in Louisiana.

Back home in Texas, Jim, now known as Cooper, joined his new family of three other dogs, several cats, chickens, and two goats, which he enjoys “herding.” Cooper has been back to the vet for a checkup, as well as to get his second round of puppy vaccines. The vet gave him a clean bill of health and said he’s a “healthy, happy puppy.” 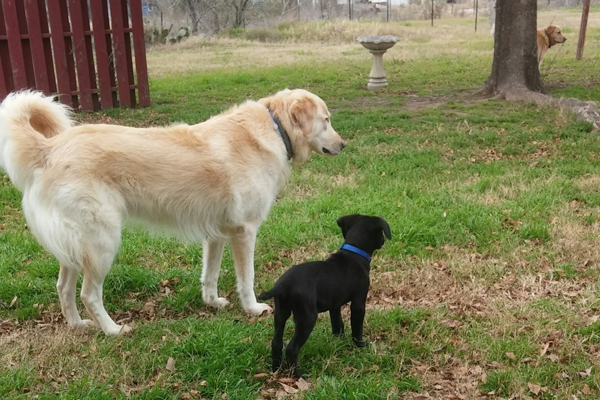 Cooper now has three acres of land to play on, as well as a warm house to sleep in and all the toys a puppy could want. He even gets to go on wagon rides around the yard! Seaton and her family are very happy to have him. “We feel very fortunate to have had Cooper come into our lives, and are grateful for the work the Nelsons and the Valdosta/Lowndes County Humane Society are doing to help the many animals in need of safe and loving homes,” Seaton said. 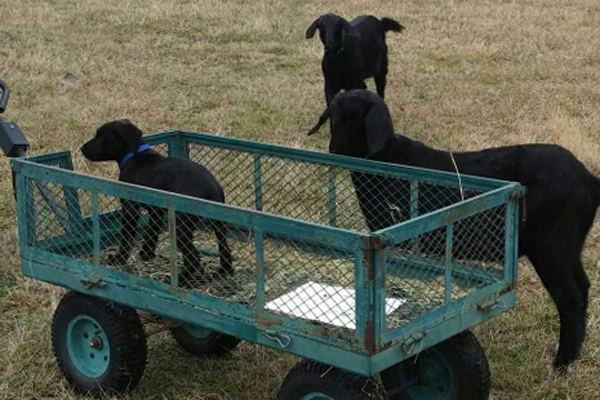 When Zane Sirmans heard about Jim and Tim via Facebook, he immediately reached out to a friend at the humane society. He wanted to help any way he could, and he decided the best thing he could do was to give one of them a home. He originally intended to adopt Jim, but Tim would “sit between my feet and lay his head down on my shoes and just look at me, so at that moment I knew I was supposed to adopt Tim,” Sirmans said. It was definitely a case of a dog choosing the owner! He renamed him Bear, because he “looked like a bear cub.” 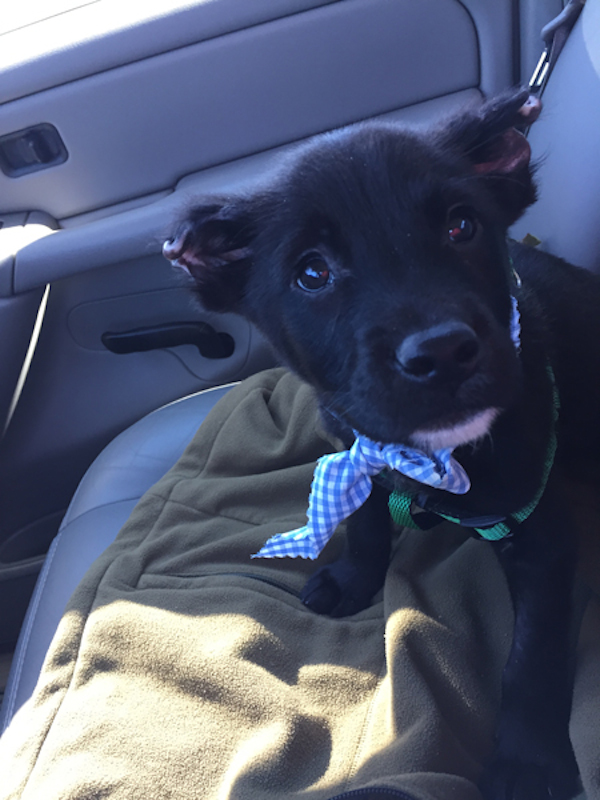 Bear is Sirmans’ first dog to raise on his own. He grew up with cats and dogs, so it’s always been a part of his life to have a pet. When he first brought Bear home, the pup was a bit woozy from the anesthesia he had been under while being neutered. Once the medicine wore off, however, it was easy to see that he was a playful, happy little puppy and grateful for a new home. He enjoys playing with Sirmans’ roommate’s German Shepherd, which helps Sirmans feel better about having to leave Bear alone while he works during the day. He also has family members who walk Bear before Sirmans takes him out at lunchtime. 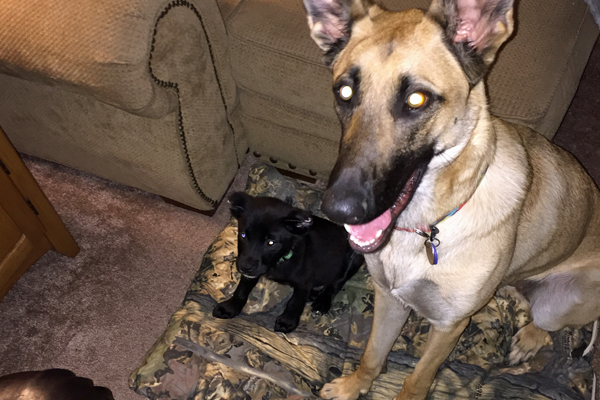 Having met both Jim and Tim in person and being a dog lover himself, Sirmans has “no idea why someone would want to hurt one of them. They are both sweet dogs.” Even though they have been through a lot in their very young lives, it doesn’t seem to have affected the way they interact with people. Bear “is so excited when I come home or if someone comes over,” Sirmans said. “He is just a happy dog!”

Authorities are still investigating the case, although they do not currently have any leads. In the meantime, Jim (Cooper) and Tim (Bear) have certainly come a long way from their horrific start in life, finding themselves spoiled and loved with new families, human and canine. Thanks to the team effort from rescuers, the humane society, and a dedicated foster family, Jim and Tim were given a second chance to at the life they deserve.

About Meghan Lodge Fits the Aquarius definition to a fault, loves animals, and is always pushing for change. Loves ink, whether it’s in tattoos, books, or writing on that pretty sheet of blank paper. Proud parent of Toby (cat) and Axle (dog). I’m a former quiet nerd who’s turned bubbly animal-obsessed advocate.