Next on The Scoop: It’s Almost Too Late to Vote for the World’s Ugliest Dog!

After his eyesight was restored through surgery, Duffy had a most joyous reunion -- see the video.

Like many dogs, Duffy the Irish Terrier faced a hard road when he got diabetes. After he was diagnosed months ago, he quickly went downhill.

One member of his family posted his story to Reddit. BenZino21 explains, “One day he started peeing in the house … which wasn’t like him. He is a very well-behaved dog. So we took him to the vet and they determined that his body wasn’t breaking down sugars, etc., and he was diabetic. So he started getting shots twice a day but we weren’t able to keep his numbers in line due to the dosages the vets gave us, and he got progressively worse.” 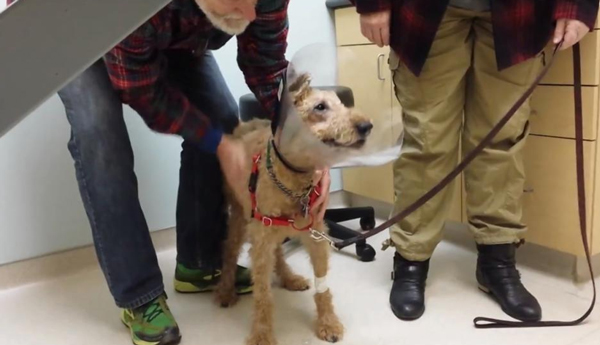 “Within about 3-5 months he went from a totally normal eight-year-old dog to a dog who was completely blind,” writes BenZino21. “It broke my heart seeing this dog I grew up with … running into things, not being able to recognize me.”

Fortunately, the diabetes treatment worked, and BenZino21 says they were able to get Duffy’s numbers “steady.” Then, vets figured they could attempt surgery. 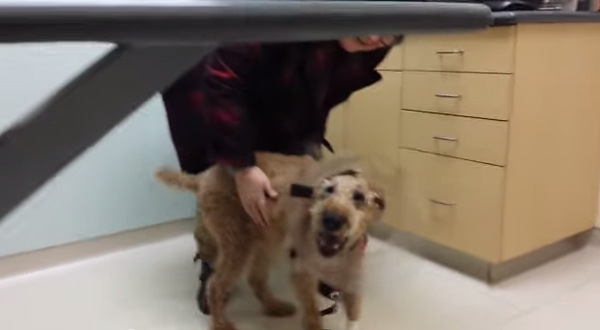 “If we didn’t do it then, they said he would be blind for life. Thankfully the surgery was a success.”

And then, when it was time for Duffy to finally see his family again with his eyesight restored, someone captured it on video. The reunion is heartbreaking:

“I know most people will say that was a waste of money, but whatever. He’s happy and he makes us happy, he’s family to us. You can’t put a price on family.”