Next on The Scoop: Where Do Dogs Come From?
Dogster Home 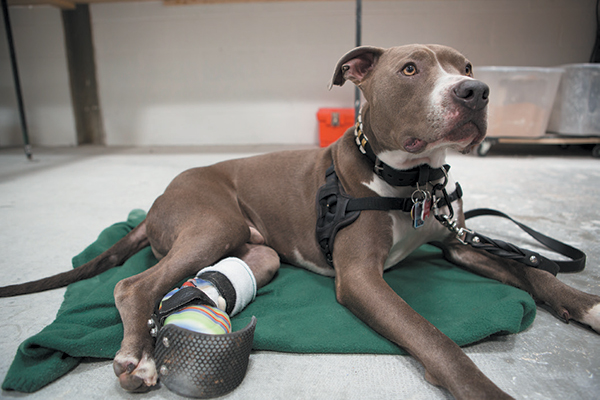 Derrick Campana’s Animal Ortho Care has increased mobility for 20,000 animals through innovation and education on animal prosthetics and orthotics.

Derrick Campana makes animals whole. His prosthetic and orthotic devices have increased mobility for more than 20,000 pets since 2004, when he founded Animal Ortho Care in Sterling, Virginia. Through education and innovation, Derrick aims to significantly increase that already impressive number. 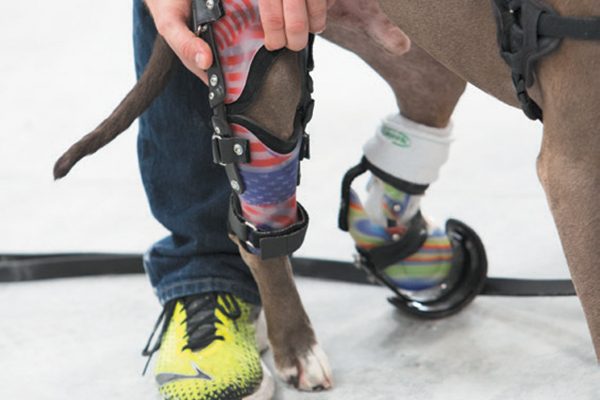 “Ninety percent of the dogs who come to us for help can’t get it,” he says, explaining that when a canine has cancer in a front foot, for example, most veterinarians will take the entire leg to avoid future trauma to a stump. A prosthetic requires a partial leg to fit, which Derrick speaks about at veterinary conferences across the country. “I talk to vets about doing amputations with a prosthetic in mind.”

In addition to dogs, the most famous being Hudson the Railroad Puppy, the Virginia company has helped cats, goats, birds, horses and even elephants after illness, injury or birth defect has affected their ability to walk. Derrick has pioneered the use of plastics in animal prosthetics, which makes the devices affordable — $1,000 to $1,300 for a dog — to more pet parents. A 50-percent discount to animal rescues, sanctuaries and humane societies further expands their use, as do monetary and raw material donations by the Plastics Makes It Possible campaign. 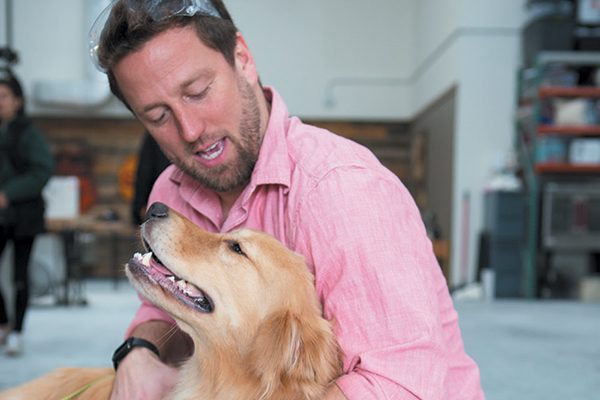 Derrick’s other innovations include the use of plastic-based wraps and braces that reduce pain and heal injuries in joint areas such as the elbow, knee, ankle and hip. As with the prosthetics AOC makes, these orthotic devices are customizable via casting kits that can be used in a veterinary office or home. He also has created off-the-shelf products, such as an Achilles brace that can help dogs avoid costly and invasive surgery in many cases.

As for the animals Derrick was not able to help in the past, he says hope exists. “We can learn how to design around certain issues. We can teach vets to change their procedures. There will be a dog in the future that we’re able to treat, and we’ll take that success and apply those practices to dogs we’ve previously had to say no to.”

Pamela Mitchell is senior editor of Pets+ magazine. She lives in Houston, Texas, with her Boston Terrier, Spot. Friend her at Facebook.com/PamelaMitchell.