Next on The Scoop: Italian Police Use Dogs to Search for the Lost Blood of a Pope

The rally was in response to a Foxhound named Fionn, who was found abused and near death yet whose owner faces no criminal charges.

A lot can happen in a month. In December, a Foxhound named Fionn was about as alone as possible: He had been beaten, which fractured his skull, and he was abandoned in a dump just outside Cork City, Ireland. When he was found, he was near death. His condition was described by Margaret Twohig, of the Cork Dog Action Welfare Group (which calls itself CDAWG) in an interview with an Irish paper: “He was covered in cuts and pressure sores, a mere skeleton, unable to move. It looked like he had been put there, in amongst the rubbish and left to die. The rain was pouring down on his poor body.” 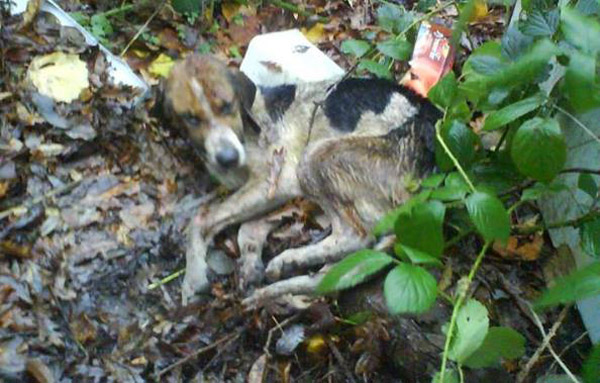 A month later, Fionn is no longer alone. After CDAWG posted about him on Facebook, Fionn’s brutal, heartbreaking story caught a lot of people’s eyes, not only in Ireland, but in America, Australia, New Zealand, Canada, Spain, and Germany. 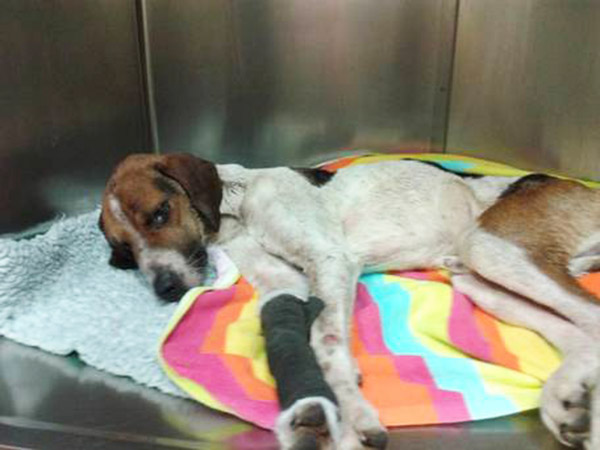 Surgery and a lot of medical care has restored him to health, and he has a new foster home courtesy of CDAWG. And over the weekend, an estimated 1,500 to 2,000 people came out to walk through Cork with Fionn. The purpose of the walk was twofold: to raise money for CDAWG and to show public support for stricter laws against animal cruelty.

“It sends out a clear message that things need to change, that animal welfare legislation needs to be strengthened, more effective, and enforced,” Twohig told the Irish Examiner. “Animals don’t have a voice. They depend on people. And the message should be, if people abuse animals, they should face the full rigors of the law.” 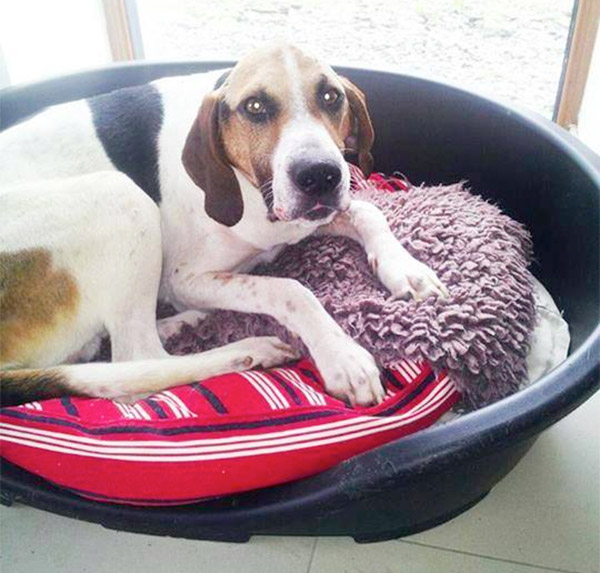 Fionn’s former owner did not face criminal penalties for his dog’s fate. CDAWG’s investigator found that Fionn had been part of a hunt club and eventually found the person who was responsible for taking care of the dog. The club expelled his keeper and gave custody of Fionn to CDAWG, but as of now, there is no talk of criminal prosecution. 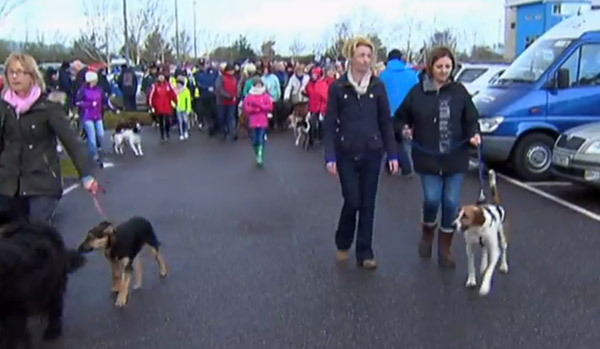 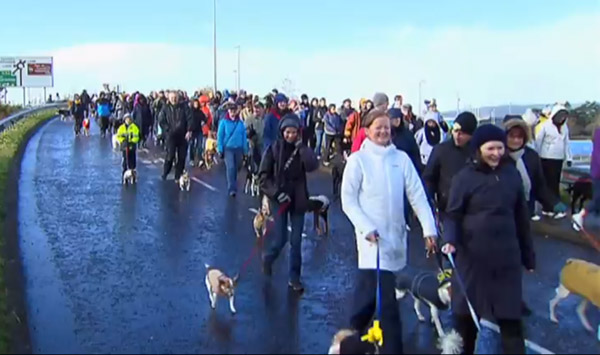 Fionn’s supporters want to change that in the future. CDAWG, along with several other Irish shelters and rescue organizations, is now seeking a meeting with Agriculture Minister Simon Coveney to discuss proposals for stricter animal cruelty laws in Ireland. The walk itself raised €18,500 (US$25,304), which will be used for Fionn’s medical expenses, and also to repair CDAWG’s kennels, which were damaged in flooding over Christmas.

In all, it sounds like a very good start to new year for Fionn and his friends at CDAWG.

Via Irish Examiner, Breaking News, and The Journal.ie