Next on The Scoop: Walking the Talk: Learning to Read My Dog’s Body Language

The 12 Dogs of Christmas: Tuna

We recap the most awesome dogs of 2013. Today we focus on a small pup with a massive Instagram following. 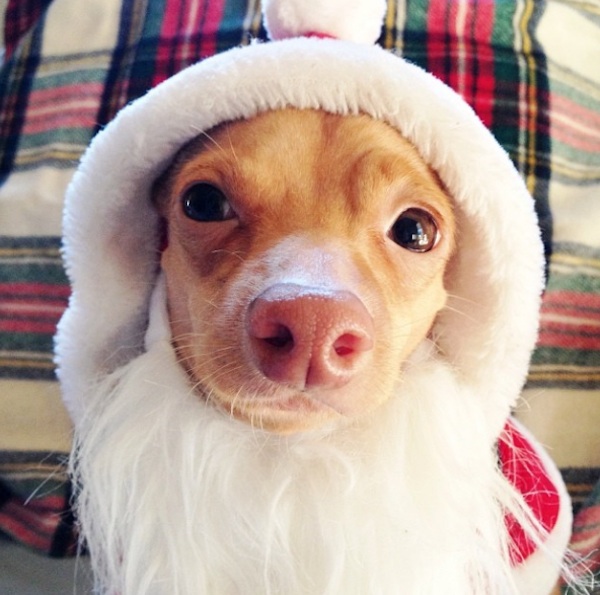 Tuna is described by his owner as being a “Chiweenie with an aggressive overbite [and] lower jawline-dysfunction,” but we like to think of him as an unabashed Instagram superstar. The diminutive canine boasts more than 600,000 followers who tune in (sorry) daily to catch his latest poses and antics, which often feature him snuggled up in a blanket, sporting rabbit ears, or proudly baring his gnashers to the camera.

The social media rise of Tuna came about after he was found abandoned by a roadside in San Diego. He ended up being taken to a local farmer’s market wherein he was adopted by Courtney Dasher, who also embarked on a step-by-step name changing process: The dog went from being known as Wormy to Mr. Burns to Toonie before eventually settling into a role as Tuna. It totally suits him.

Pleasingly, a quick dip into Tuna’s Instagram realm reveals that he’s totally embracing the Christmas season and seems to love the fit of his lil’ Santa outfit.