Next on The Scoop: 5 Dog Breeds Named — and in Some Cases Bred — for Their Color
Adoption

In a recent survey, the Grey Muzzle Organization found that adoptions of senior dogs are up nationwide.

Sweet old doggies with white faces and gray muzzles are often passed over at shelters in favor of adorable puppies, but a new survey says old dogs are the bomb, and more people have started to realize it.

Take Birdie. The darling older yellow Lab was found as a stray and taken in by the Denver, Colorado-based Safe Harbor Lab Rescue. The dignified old girl was limping, her poor little paws tender and painful from miles of walking. Luckily for Birdie, she was adopted by a family who—gasp!—preferred an older dog to a rambunctious puppy. 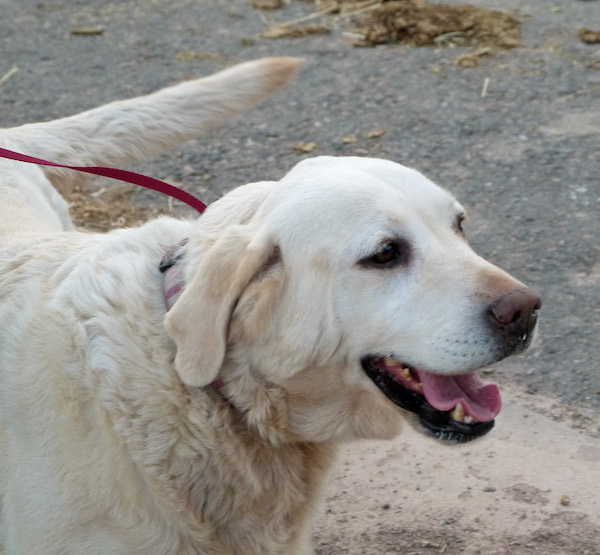 Birdie is not the only one. The Grey Muzzle Organization, a wonderful nonprofit group that provides financial grants to help at-risk senior dogs at Safe Harbor Lab Rescue and dozens of U.S. rescues and shelters, recently conducted a survey that revealed a nationwide trend toward more positive perceptions and increased adoptions of senior dogs. Grey Muzzle surveyed 30 grant recipients that adopted out nearly 18,000 dogs in 2016, including almost 3,900 senior pups.

“Based on their hands-on experience, two-thirds of our survey respondents reported that the situation for homeless senior dogs has improved over the past year or two,” said Lisa Lunghofer, Ph.D., executive director of the Grey Muzzle Organization. “No dog is more grateful or loving than a senior. As more people discover their wonderful qualities, more old dogs are getting the second chance they deserve.”

According to Grey Muzzle, 80 percent of the groups surveyed reported positive changes in public perception of senior dogs and 50 percent of survey respondents believe that younger people are now more open to adopting old dogs than in the past. Additionally, two-thirds of the organizations surveyed think that senior humans are the most open to adopting senior dogs—well that just makes sense, doesn’t it?

A lot of people hesitate to adopt an older dog because they think they won’t have as much time with their new pet and it will be too sad when they pass on. Others are worried about higher veterinary bills for senior dogs.

“Dogs are typically called ‘senior’ starting at age 7, but that’s barely middle-aged for many,” Lunghofer said. “By providing grants to cover the cost of veterinary care for homeless senior dogs, Grey Muzzle and our donors are helping break down one of the biggest barriers to adoption.” And don’t forget, with good nutrition and top-notch veterinary care, dogs are living longer than ever before.

Since 2008, the Raleigh, North Carolina-based Grey Muzzle Organization has provided $750,000 in grants to 76 organizations nationwide.