Next on The Scoop: Commentary: Why By-Products in Dog Food Aren’t Always a Bad Thing
Dog Mom

Bullies can ruin the dog park for the other people and their pets. Here's how I don't let that happen.

My 11-year-old German Shorthaired Pointer mix, Riggins, loves being at the dog park more than any other form of exercise or play. He will humor me by walking the neighborhood or hitting the trails, but if he had his way, we would spend all of our free time off leash. I’d like to think it’s our teamwork that has made our experiences with dog parks safe and fun — knock on wood. 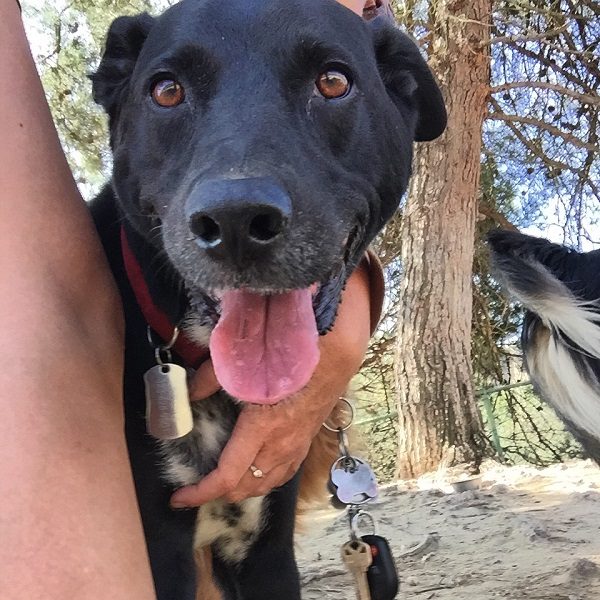 Happy Riggins at a dog park. (Photo by Wendy Newell)

Not all owners like to take their pups to off-leash parks, though. They may have had problems with bully dogs, or even bully owners, in the past. Or they may have heard of a dog being hurt or even killed at one. Sadly that does happen. When unfamiliar animals, human or four-legged, get together, things can go badly. I understand this and keep a close eye on Riggins, so that we can take advantage of the positives dog parks have to offer.

Whether it’s Mommy and Riggins time, ball-chasing fun, forcing other humans to pet him, running after friends or sniffing some butt, my dog enjoys his time off leash. That means my goal is to make it as safe as possible for him. Specifically to keep the bullies at bay.

Bullies that make the dog park unsafe and/or not enjoyable. When one arrives, my protective mommy side comes out to make sure my baby boy gets the experience he deserves. Here is how Riggins and I cope:

Riggins and me. (Photo by Wendy Newell)

The dog park is not a place where I kick back and relax while my dog wanders around by himself. I’m on high alert at all times. I watch how owners come into the park, how dogs are interacting, how owners are responding to their dogs and where the dogs are who aren’t being watched closely. I may have my headphones on, but it isn’t because I’m not paying attention — it’s because I don’t want you to talk to me. If you force me to chat I will, but I’m busy watching and taking everything in. I’m Riggins’ personal security, and I’m good at my job. You wouldn’t try to chat up the president’s security detail would you? That’s how seriously I take my job.

If there is a bully dog at the park who isn’t being handled correctly by their owner, I leave. As a dog sitter, that can mean I have just unloaded a car full of excited pups and will have to corral them back into the car before their little paws even hit the grass. It can mean I’ll be reorganizing my day because now we will have to hit a local trail instead. My inconvenience is worth it. Better safe than sorry. 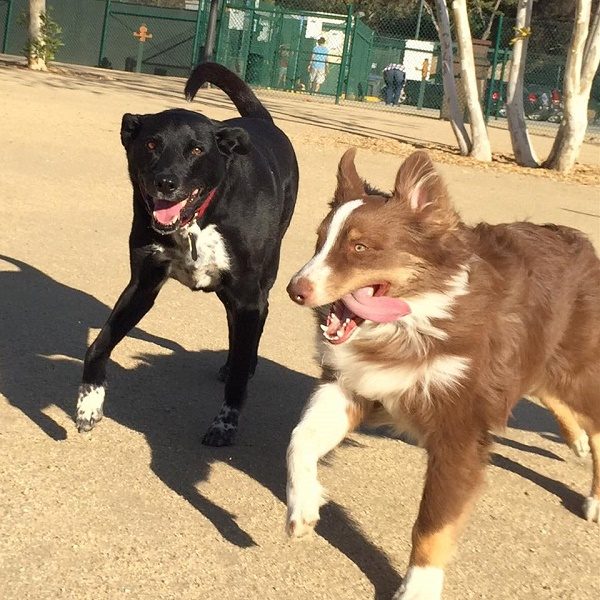 Riggins and a friend have fun at the dog park. (Photo by Wendy Newell)

I choose to visit dog parks that are big enough that I can isolate Riggins, and any other dog I have with me, from someone I may see as “trouble.”

I’m that weirdo a the park walking laps with a group of dogs following her. If my pack is moving, their minds are busy following me, checking in to see where I am, playing with dogs I trust — each other. Riggins and his pals have less time and energy to interact with bullies when they are focused and on the move. 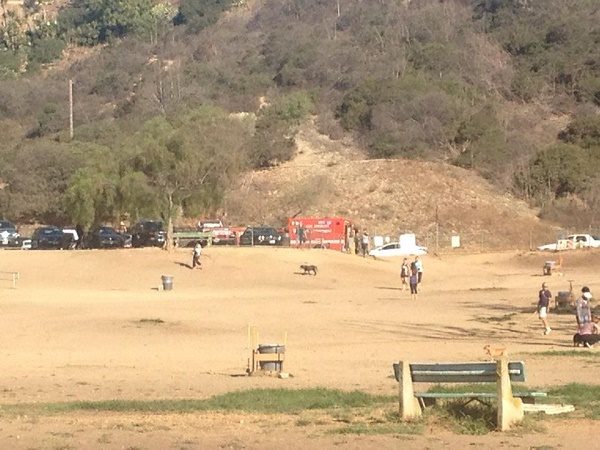 Fire trucks called in during a brawl between ownwers at a local dog park in 2014. (Photo by Wendy Newell)

If you have been to a dog park, then you know that more often than not, it’s the bully owner not the bully dog you have to look out for. After years of watching owner interactions, I’ve decided that the best thing to do is to just not engage.

I know it isn’t as satisfying as yelling, “If you kick my dog one more time I’m going to destroy you.” I’ve done that. Although it did work well, it also had a number of other humans looking at me like I was slightly insane.

I have other examples but just learn from my mistakes. Save yourself the headache and don’t engage. 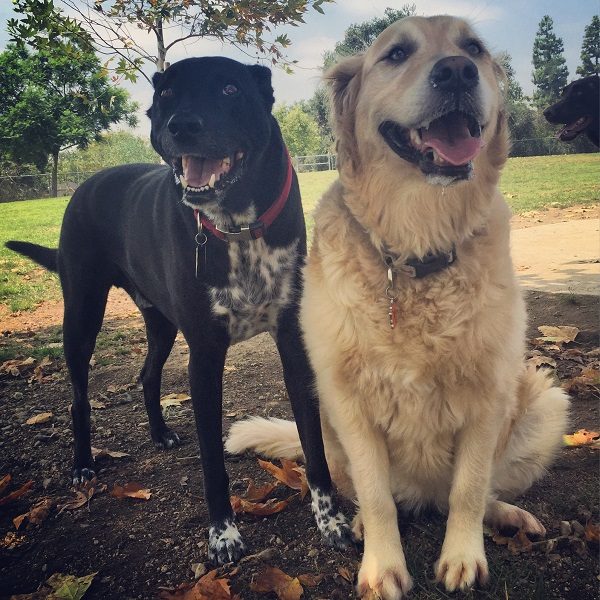 Riggins and his buddy Asscher find some shade to take a rest at the dog park. (Photo by Wendy Newell)

6. Know when your dog is the bully

Not all pups do well at dog parks. Some have moments of not being comfortable in a specific situation. It’s happened to me. I’ve been the one who has had to apologize and scoot out the gate with a pouting dog in tow. It’s irresponsible of us as owners to set our dog up to fail, and that is what you’re doing if you identify that your dog is not acting appropriately and do nothing about it. (And if you don’t know how to identify a bully dog, even one who belongs to you, Dogster trainer Jill Breitner recently explained it well.)

There you have it, our secret to successfully surviving dog park bullies. We’d like to hear about your experiences at the park. Let us know in the comments below.