Next on The Scoop: Win a Motorola Wi-Fi Video Pet Monitor Camera

Let’s Talk: Would You Paint Your Dog?

Really, you can buy dog spray paint at pet stores, to paint your dog. How crazy it that?

A few days ago, I noticed a display of dog paint in my local pet store. I stood for a while, just staring at the rack and thinking, Is that dog spray paint? Really? On the shelf, as if that is some normal kind of product that normal people will buy?

As I was leaving the store I saw a medium-size white dog coming out of the grooming salon with a Mohawk and fluffy tail, both sprayed with red and green stripes for the Christmas season.

Older products are more like human hair dyes and generally seek approval from the Cosmetic, Toiletry, and Fragrance Association. Before that, I am sure plenty of dogs were dyed using other off-the-shelf products. 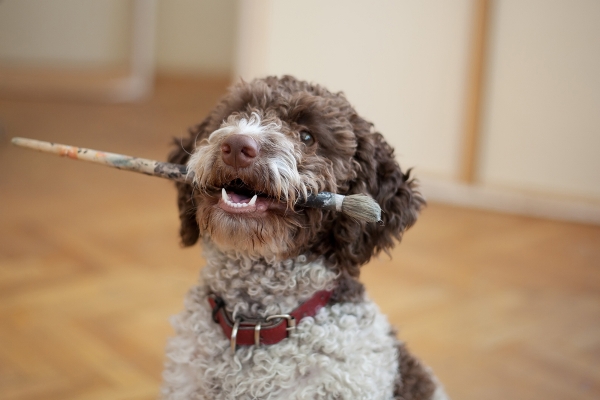 The spray-paint is a newer development. I searched the PetPaint website and was unable to find anything specific about the ingredients or general standards for the safety for the product (that is, food grade). The makers say it underwent “rigorous formula testing.” So basically you are left with their assurance that the product is safe and nontoxic (although, according to Amazon, it’s made in China).

So far there have been no reports of adverse effects on dogs, so basically, your guess is as good as mine. If it is toxic at all it is probably not very toxic, as it has been used by groomers for quite some time and bad reactions would have become public knowledge by now. 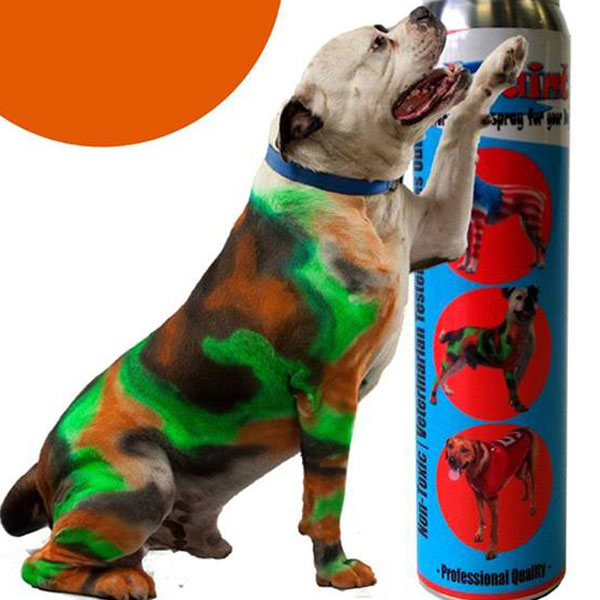 In my work, I’ve used stock markers and even Sharpies to distinguish similar-looking white rats, so I am sure non-toxic paint products are feasible. Especially if you keep it as an occasional costume idea rather than make painting the dog a regular habit.

Is it any worse than other stuff we do to dogs?

While cosmetic and obviously unnecessary, paint is no great imposition for most dogs. They might object to the hiss of an aerosol can, but the whole process is unlikely to take much time or do any damage.

Conventional grooming takes longer and often snips off a dog’s sensory whiskers. Pet clothing is more restricting than a simple dusting of paint. So if you use paint as a novel option for a Halloween costume, paint actually might be a more safe and considerate choice than clothing. 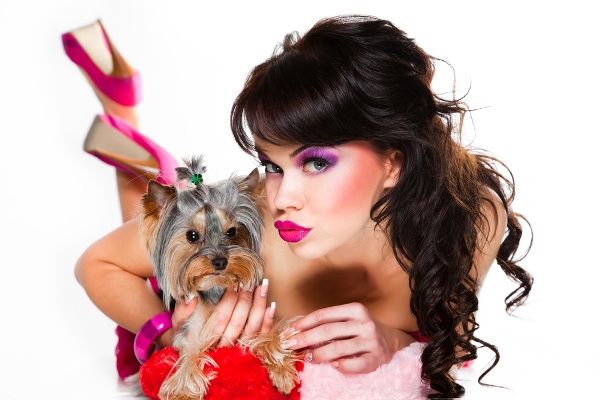 Should we be more judgmental of dog painting just because it is a more recent invention than cording coats, trimming fur, or putting on a blinged-up collar?

How worried should we really be about pet painting?

My discomfort with pet paint is undoubtedly irrational, but then then emotions often are. On one hand being painted is probably no big deal for the dog. On the other hand — how far can we go before the dog moves from being a pampered pet to a fashion accessory that just happens to be alive?

Pet painting is just one infinitesimal step in that direction. And maybe not even that, because interactions like kooky grooming might strengthen the bond between people and their dogs and give them more activities to do together. Is it really crossing a line? Or is it roughly equivalent to other kooky things we do to our dogs, like putting them in costumes or snapping their pictures for Instagram?

And yet, when I look at the painted dogs, it still feels … wrong. And one of PetPaint’s tag lines plays right into my discomfort: “The line between humans and animals blur more and more every day. We decided to paint right over it.”

In my world dogs are, first and foremost, dogs. Members of another species with their own particular needs and interests. And while domestication and a long history of friendship binds humans and dogs together, there should also be an element of mutual respect. It is natural for humans to want to do whatever it is we want to do, including painting things. Heck, humans were painting things back before dogs evolved from wolves. But as humans took more and more control over the world, dogs got more and more hemmed in.

Dogs are bred to our whims, kept secured in our homes, dependent on us for pretty much everything. They can no longer really demand to be allowed to do the doggy things dogs want to do. But it is still our job to give them that, or at least as much of it as we can. The running and play-hunting, the hanging out with other dogs, the rolling in muck, the smelling things dogs are meant to smell (within reason). 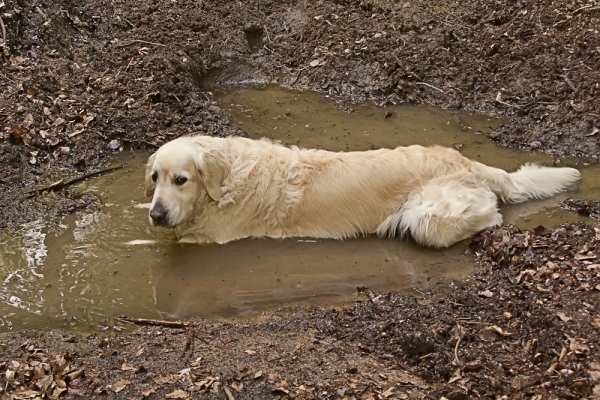 So maybe instead of accepting things like dog paint or dog perfume or dog jewelry, I should be questioning some of the crap I am doing, like costumes and posed photo shoots. Maybe I should snap pictures of my dogs just doing their doggy stuff and wearing nothing but their unmodified fur. (Well, except for Vera — she is a Greyhound and she wears a coat because she gets cold.)

Or maybe, just maybe, I should lighten up and paint the dogs. Would you consider using this product? What have your experiences been? Let us know in the comments!

About the author: Emily Kane is a New Zealand-born animal behaviorist of the throw-back radical behaviorist type, albeit with a holistic-yuppie-feminist-slacker twist. She spent many years as an animal behavior researcher and is now more of an indoor paper-pushing researcher. Her early dog-related education came from Jess the Afghan Hound and Border Collies Bandit and Tam. It is now being continued by her own dogs and extended dog family and some cats (and her three aquatic snails Gala, Granny, and Pippin — they think of themselves as dog-esque).