Next on The Scoop: Are the Brains of Dogs and Humans Equally Complex? Science Says … Maybe

We Wanted to Help Others Fight Pet Obesity, So We Launched PetsMove.org

Perhaps you’ve heard of Let’s Move, First Lady Michelle Obama’s initiative to combat childhood obesity. My husband and I recently launched a similar initiative called PetsMove.org, aimed at fighting pet obesity and the related health problems. It grew out of our love for dogs, our devising exercise and nutrition regimens for our own animal companions, and our existing business, Slimdoggy.com. Today (Oct. 9) is Pet Obesity Awareness Day, so it’s fitting that I tell you the backstory about how PetsMove came about.

My husband and I have always been dog lovers and we’ve had dogs in our lives since we were kids. Yet it wasn’t until we adopted Jack that we created a business out of our love for dogs. Jack was a fat, behaviorally challenged Lab who was on Prozac and Rimydal. He had been in a shelter for more than a year and likely to stay there because of his behavior issues. We quickly fell in love with him and knew we had to help him. Through lots of research and guidance from our vets, we created a methodology to determine a proper exercise and feeding regimen for Jack, and he was able to drop 20 pounds and all of his meds within three months.

Once we read the staggering statistics about pet obesity, with some estimates putting more than half of all dogs and cats in the U.S. being overweight, we were determined to raise awareness and give people tools and knowledge to fight the problem. We created an app and a website called Slimdoggy.com so that people could take advantage of what we learned and discover better ways to manage their dog’s weight and overall health.

The dog obesity issue is a huge yet solvable problem. In the U.S. alone, there are nearly 37 million overweight or obese dogs, according to the Association for Pet Obesity Prevention. Studies show that an overweight dog’s expected life span is two years shorter than that of lean dogs, according to an article in the Journal of the American Veterinary Medical Association from May 1, 2002, called Effects of Diet Restriction on Life Span and Age-Related Changes in Dogs. If that isn’t bad enough, we estimate that the cost to pet owners in extra food, medicine, and medical care is somewhere near $8 billion per year. 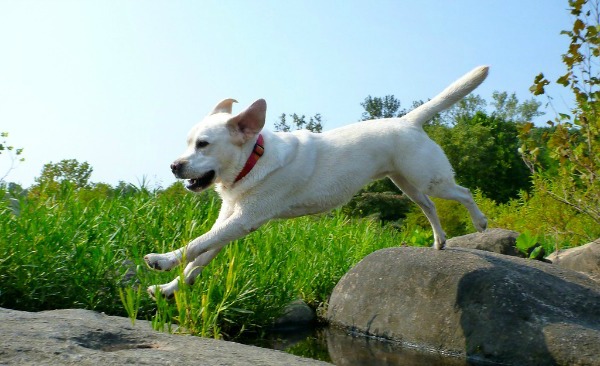 In early 2013, we had an idea for a virtual event that could create some buzz and motivation for people to get up and work out with their pets. Our original thought was to link it to the famous Million Man March and the Pet Obesity Awareness and Pet Wellness months that occur in October. We considered names such as Million Paws March. However, we wanted this to be different from most other canine/human weight loss events or marches. We wanted ours to be an ongoing initiative, with no end date, because we know that getting yourself and your dog fit and healthy is an ongoing commitment, one that requires a permanent lifestyle and attitude change. 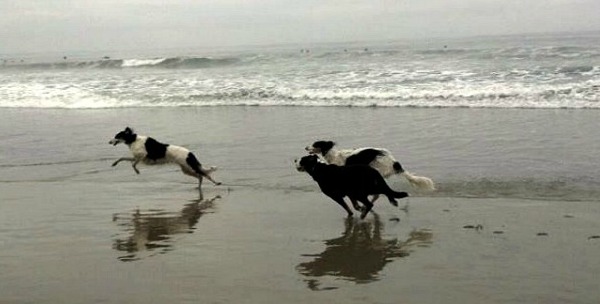 In May, our idea started to take shape and become reality. We were taping an episode of The Pet Show with Dr. Katy Nelson, a weekly television show on ABC’s Washington, D.C., affiliate. After we wrapped, we had lunch with Katy and Krista Wickens, the CEO of canine fitness company DogTread, who was also a guest on the show. We discussed the current pet obesity problem in the U.S. and mentioned our concept for a virtual event. They both loved the idea and wanted to be part of bringing it to life. We all committed to creating and launching this initiative and quickly decided on the name PetsMove as a play on Michelle Obama’s childhood obesity awareness program, Let’s Move.

The PetsMove initiative aims to wake up pet owners, get them off their sofas, and get on the move with their pets. We want pet owners and their pet to get and stay active, fit, and healthy. We believe that a big reason behind the pet and human weight problem is most people are too overwhelmed or simply don’t know how or where to start a proper fitness and feeding program. With that in mind, we created a website that encourages participation and sharing of tips and tricks with community members, and creates accountability with our activity and food tracking. As incentives for members and to make it more fun, we award PAWS for activities and track the members on our PAWS Leaderboards. We will award prizes each month to active participants, and some lucky members will be eligible to appear on The Pet Show TV program as a featured PetsMover. 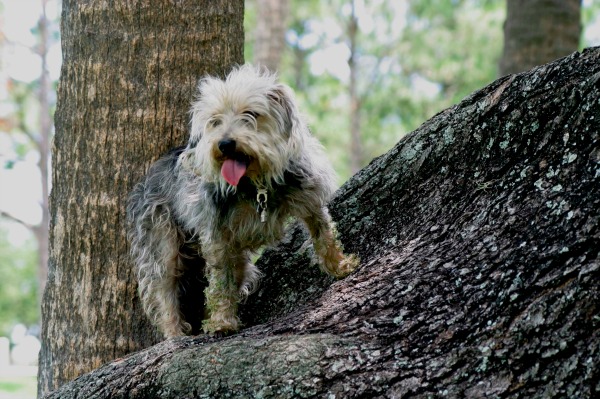 If you join the PetsMove community, you can compete for prizes, share your tips on our community pages, and help reduce the impact that pet obesity has on our dogs’ lives — and our wallets. Come and join us or check PetsMove.org for more details.

Other Stories by Kate O’Brien: