Next on The Scoop: Little Miss Lexi Wheels Around NYC Like a Star

Ask a Vet: What Happens When a Dog Jumps Out of a Window?

Dogs sometimes jump through windows; here are the most common injures that result from it.

Summer is canine window jumping season. Windows are more likely to be open when it’s warm. Canine self-defenestration reaches its peak on July 4, when fireworks drive many dogs to such levels of terror that they not only jump out of open windows, but are known to even smash through closed ones.

Dogster Editor-in-Chief Janine Kahn learned the horror firsthand in June when her Italian Greyhound, Moxie, jumped from a third-floor window. It’s not just windows in the home that pose a risk for dogs. Car windows have the potential to be menaces for the health and well-being of traveling pooches.

What, besides fireworks, might cause a dog to jump through a home window? I have treated dogs who have jumped from second story or higher windows in efforts to chase squirrels or pick fights with other dogs. Dogs with separation anxiety may hurl themselves out of windows as a result of their condition. I have heard tales of dogs who were playing indoors until their owners accidentally threw the toy out of the window, with sad but predictable results. 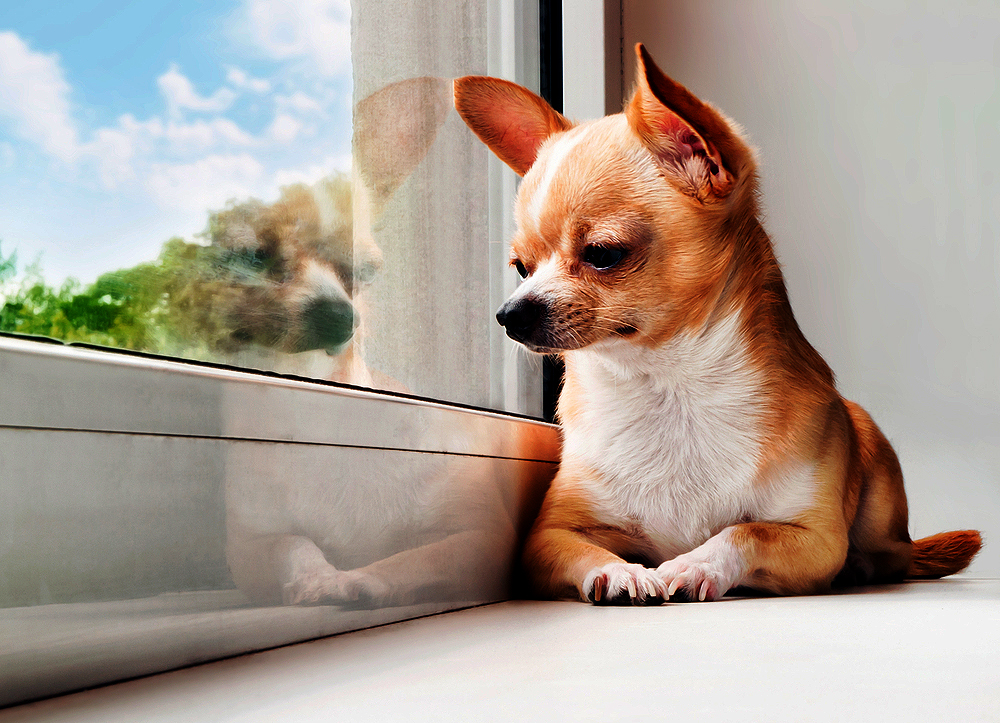 The consequences of jumping out of windows can be severe. If the window is on the ground floor, the dog may not suffer injuries in a fall, but will be at risk of becoming lost or suffering one of the sad fates (such as being struck by a car) that can befall unaccompanied wandering canines.

Cats generally land on their feet. Dogs are less reliable in this regard, and any part of their body may make first impact with the ground. Consequently, the full panoply of injuries that can occur as a result of blunt trauma must be considered when a dog has jumped from height. 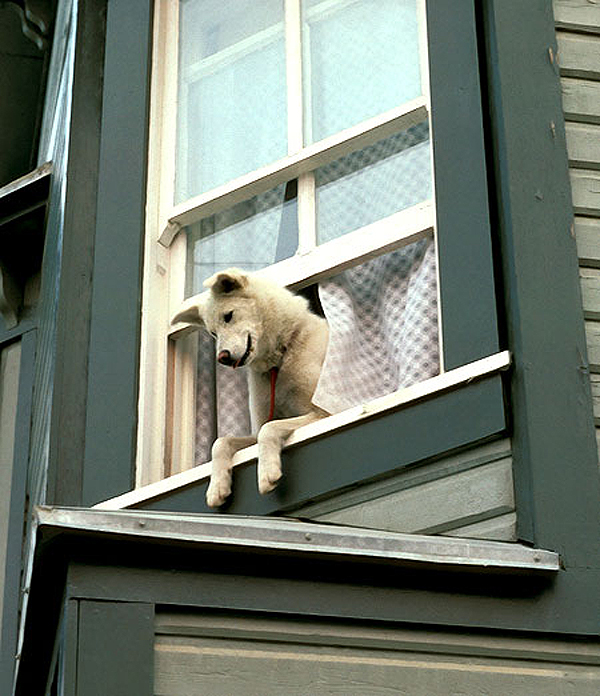 Broken bones are very common among dogs who fall from height. Dogs may break legs, ribs, the pelvis, and even their spine. I have treated several dogs who have suffered broken backs after falling from height.

Trauma to the skin is common as well. Impact with the ground may cause significant abrasions, and depending upon the landing some dogs suffer serious lacerations and even degloving injuries, in which the skin is sheared from the body.

Some owners of dogs who jump through windows rush downstairs to find their pets walking around apparently uninjured and behaving as if nothing happened. Although such a situation is better than the alternative, there is still potential for significant internal injuries. Dogs may suffer from collapsed lungs, bruised lungs, internal bleeding, a ruptured urinary bladder, or neurological concussions, which may not immediately manifest after a fall; unfortunately, shock and significant complications could be just around the corner. Therefore, any dog who has fallen any significant distance should receive an immediate veterinary evaluation.

Dogs who jump through windows in moving vehicles are at risk for all of the injuries mentioned above. However, they are at special risk for laceration and degloving injuries when they hit the concrete while moving. And it’s not uncommon for the next car on the road or even the owner’s car to collide with them.

I once treated a dog who had been traveling with his owner in a pickup truck. The dog was belted in with a harness, yet he managed to slip the harness and then, in a freak coincidence, placed his paw on the automatic window switch. The window lowered and the dog jumped; the owner felt one of his rear wheels strike the dog. Fortunately, the truck was not carrying any cargo, and thus the truck was relatively light. The dog suffered life-threatening injuries, including bruised lungs, but he survived with treatment.

How can canine self-defenestration be prevented? Although the dog in the above example rolled down his own window, most dogs don’t pull off such feats. Never, as a rule, open any windows in the home or the car wide enough for the dog to get through. Do not assume that your dog will be able to control his impulse to chase when he sees a squirrel, even if he’s four floors up or in a car going 60. Dogs in cars should ride in crates or should be belted in.

How to prevent dogs jumping through closed windows? If your dog has separation anxiety, don’t leave him unattended in a room with a window. And every dog owner should take special care on July 4, New Year’s Eve, or any other date (Lunar New Year is a big one where I live) on which fireworks are common. I have seen the havoc that fireworks anxiety wreaks on dogs, both professionally and in the terrified eyes of my own pet.

On those dates, or whenever the San Francisco Giants win the World Series, my pal Buster and I lock ourselves downstairs in the basement and Buster is given sedatives. Fortunately for those times when the Giants are winning, there is a TV and a small beer fridge to keep us company.

11 comments on “Ask a Vet: What Happens When a Dog Jumps Out of a Window?”