Next on The Scoop: How Often to Brush a Dog’s Teeth and Other Tips on Brushing Your Dog’s Teeth
Behavior 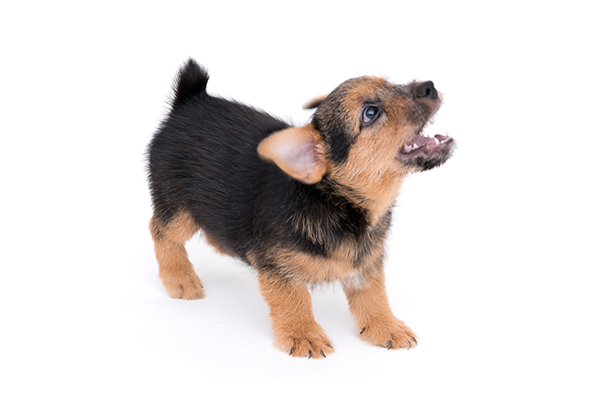 4 Dog Sounds and What They Mean

Find out what dog barking, dog howling, dog whining and dog growling mean and why the context of those dog sounds is so important.

Living with dogs means constantly living with sound. From the click-click of paws on wooden floors to the dying squeaks of a toy being destroyed to the occasional odd thump. Add that to other common dog sounds — like barking, howling, whining and growling, to name a few — and you’ve got a whole lot of noise.

Have you ever wondered what those different dog sounds mean? Let’s take a look at the most popular sounds dogs make, find out what they mean and why dogs make these sounds.

Dog Barking — Why Do Dogs Bark? 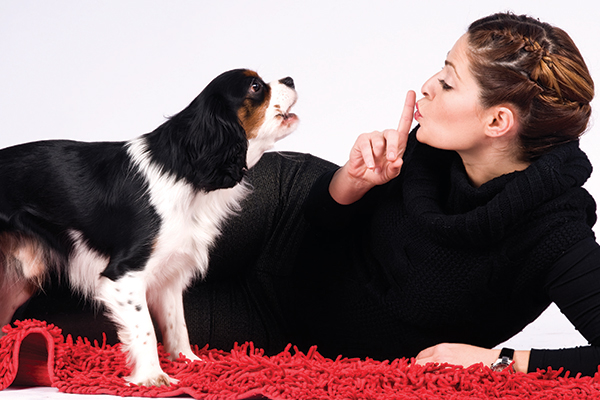 Why do dogs bark? Photography by 1905hkn/istock.

Dogs bark. It’s kind of their thing. They do it for a number of reasons though, as Dogster author Sassafras Lowrey writes in her article, Why Do Dogs Bark? Reasons Dogs Bark and How to Stop Excessive Dog Barking.

“Dogs bark if they are anxious, excited, bored and seeking attention, or in response to other dogs,” she writes. “Researchers at Eotvos Lorand University, and the Hungarian Academy of Sciences in Budapest, Hungary, studied the way that people interpret and understand dog vocalizations. They found that low-pitched vocalizations tend to indicate that a dog feels threatened or upset, whereas high-pitched sounds tend to mean a dog wants to engage with someone or something. However, long, high-pitched sounds might mean a dog is anxious or fearful.”

Dog Howling — Who Do Dogs Howl?

There’s nothing quite like the sight of a dog throwing back his head and letting out a deep, long howl like he’s reconnecting with the wolf inside him.

So, why do dogs howl? The reason for this dog sound are many, as explained in the Dogster article, Why Do Dogs Howl? 5 Reasons. It could be that your dog is howling for the same reasons his wild cousins do: To announce his location to the pack; to tell others to stay away because this is his territory; to vocalize pain. Some dogs also howl to attract attention to themselves or because they’re lonely. And some dogs hear howling, and like to join in, like in the video above.

And, of course, a lot of dogs howl whenever they hear sirens. It’s hard to say why, but it seems almost universal, like they know something is wrong when the sirens go by.

Dog Whining — Why Do Dogs Whine? 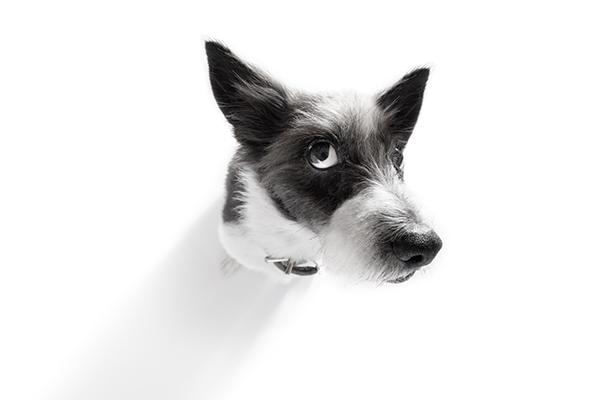 Why do dogs whine? Photography ©damedeeso | iStock / Getty Images Plus.

Just like other dog vocalizations, dog whining occurs for a few different reasons. A lot of dogs whine when they’re in pain, according to the Dogster article, Ask a Vet: Why is My Dog Whining All the Time? Usually a dog whining from pain is temporary. However, any long-term whining might happen because your dog is bored or anxious. As veterinarian Dr. Eric Barchas writes, “Other possible causes include fear or anxiety, excitement… certain metabolic or glandular disruptions, exposure to toxic substances, neurological problems and cognitive changes.”

Dog Growling — Why Do Dogs Growl?

When dogs growl, it can be scary. However, there are times when you should worry about a growling dog, and other times when this behavior is pretty normal. It all depends on the context.

That’s according to the Dogster article, 4 Things You Should Know About Dog Growling. Author Sara Reusche writes, “Dogs growl for a variety of reasons. Fear, insecurity, guarding behavior, offensive aggression and play can all elicit dog growling, although to an expert these growls are each unique in their tone and pitch. Outside of play, growling serves as a warning that all is not well in the dog’s world. Something is off, and our dog is doing us the courtesy of sharing that information.”

Because dogs growl for various reasons, it’s important to quickly figure out why. A dog growling is often the first sign that a dog feels threatened and might bite. If you hear your dog growl, say when there’s a person approaching to try to pet him, look for other signs of a dog ready to bite. Those include:

The Bottom Line on Dog Sounds 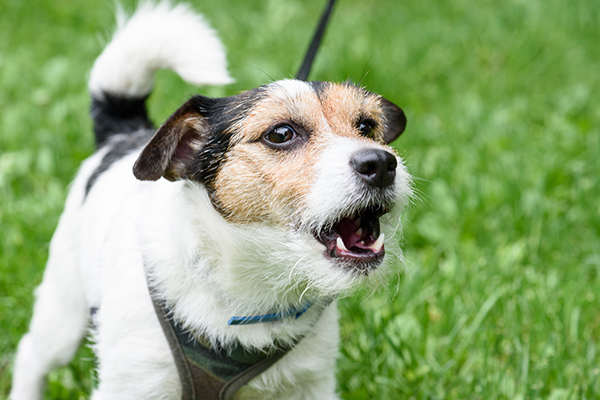 Is your dog quiet or talkative? Photography ©alexei_tm | Thinkstock.

Now that you know the sounds dogs make, did you know some dogs use sounds to communicate more than others? My German Shepherd Dog Forest is constantly making sounds: Yipping when he’s playing, whining when bored or even sounds that seem like he’s “talking” back to me when I’m talking to him. That’s because German Shepherd Dogs were bred to be a little more vocal, since guard dogs like him need to use sound to warn people. He’s not the most talkative dog breed out there though: Check out this list of the top 10 talkative dog breeds.

Not all dogs are as vocal, though. Nadia Caffesse, a photographer for Full Tilt Photography in Austin, Texas, has two Jack Russell/Chihuahua mixes and says, “My dogs rarely bark or whine to communicate with us or each other. They give a burst of short, warning barks when they hear or see someone outside the front of the house. They whine at the door to the garage when they hear us coming in — the whine is an excited, anticipatory sound. It’s usually more insistent when someone they don’t know (but we do) is coming in with us.”

Not that any of her dogs are silent, mind you. “Mostly, my dogs are grumbly,” Caffesse says. “They make grumbling or huffing noises when they change sleeping positions, they make wheezing fake-barks — it’s an anxious sound, but not a whine — when my neighbor is walking along the fence. [My female dog] Lola makes what I call ‘piggy noises’ when she’s excited for a meal or a treat. And she really does sound like a snuffling/rooting pig. It’s weird.”

Even dogs you think might be talkative don’t always talk. For example, Lara Crigger, a staff writer for ETF.com who is based in New Orleans, has a Beagle/Lab mix who doesn’t say much at all. “[My dog] Bootes isn’t really a talkative girl,” she tells us. “She’s more of the ‘give you a passive-aggressive look until you move over and let her on the couch already, you monster’ type,” Crigger says. “She barks, but mostly it’s just a ‘stay-away-intruder’ bark. Occasionally, she’ll bark to be let back inside from the backyard, and that’s a short, sharp, ‘Hey, human!’ bark. If she whines, something is very wrong and she’s in a lot of pain or she’s terrified.”

Tell us: Is your dog talkative? What sounds does he make? What do you think are the weirdest dog sounds?

8 comments on “4 Dog Sounds and What They Mean”