Next on The Scoop: Dogster’s Rescue Dogs of the Week: Sam and Suzy
Dogster Tips 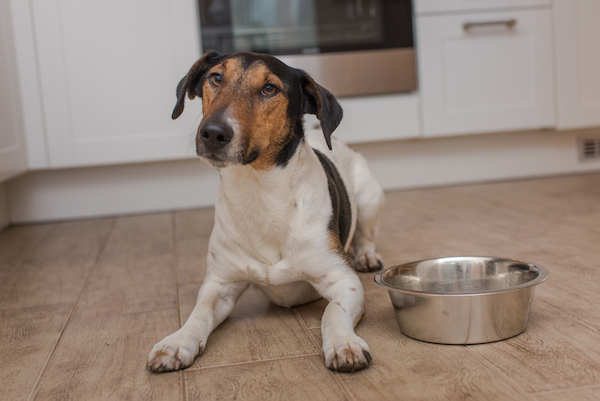 Let's explore the basics of the dog digestive system, like how long does it take for a dog to digest food? How long does food stay in a dog’s stomach? Where does you dog’s digestion actually take place?

Most dog owners don’t spend a lot of time thinking about their own digestive processes, much less the basics of the dog digestive system. The only times we really engage with the dog digestive system are when we feed our dogs and when we trot them out to eliminate their waste. But what happens to a dog’s kibble or canned food from the time it enters their gaping maws to when it passes out the other end? How long does it take for a dog to digest food? If you were to hazard a guess, you could probably name the major stops along the route in the dog digestive system.

Food enters through the mouth and slides down the esophagus on its way to the stomach. From there, it takes in the sights of the small and large intestines before departing the body. If that seems too simple, it is! The dog digestive system involves a staggering number of organs, fluids and enzymes, all playing their roles to convert food into usable energy. Whatever is left over, as surplus to requirements, is expelled through the anus in the form of feces.

Let’s take a closer look at the dog digestive system and answer the following questions along the way: 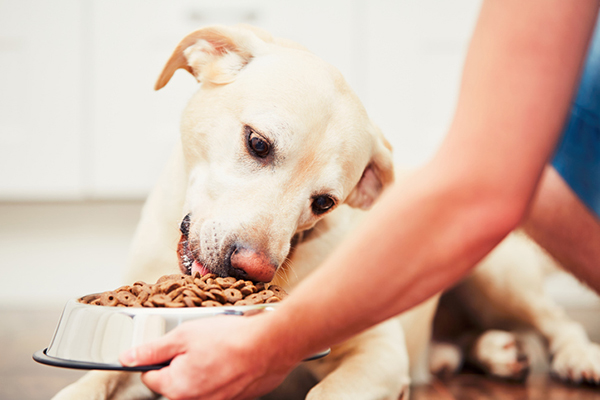 How long does it take for a dog to digest food? Photography ©Chalabala | Thinkstock.

Basics of the dog digestive system 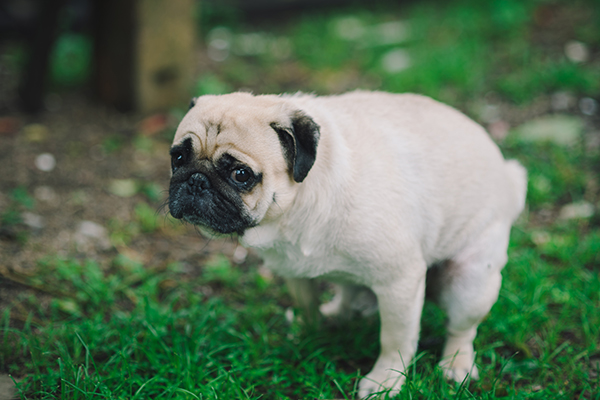 Pooping is the final step in the dog digestion process. Photography ©NUKUL2533 | iStock / Getty Images Plus.

Part 1: From mouth to stomach

The front end of the dog digestive system encompasses the mouth, esophagus, stomach and small intestine. Dog digestion begins almost immediately with saliva in the mouth. You may have wondered why dog tongues are so slobbery. Since they spend less time chewing food than humans tend to, all of that saliva kickstarts the process of breaking down and coating food particles for smoother passage through the esophagus. The esophagus is heavily muscled, actively pushing food into the stomach.

Part 2: A fantastic journey through the small intestine

A dog’s stomach is a super-acidic environment, which is useful for opportunistic omnivores, helping them more easily digest things like bone and raw meat. Yes! Dogs can digest bones! At this stop in the dog digestive system, solid food is rendered into a substance called chyme, which is made up of food, water and acid. All food — from your Michelin 3-star-rated fine cuisine, to your dog’s canned chunks or dry kibble — ends up as this highly acidic gloop. As this chyme proceeds into the small intestine, the real work of digestion — the isolation of nutrients that can be used by the body— is done.

There are three parts of food’s journey through the small intestine. In the first part, the duodenum, chyme is treated with enzymes and hormones from the liver and pancreas, which reduce the acid level of the chyme. The gloop is now prepared to have the rest of its nutrients extracted and absorbed. This happens in the second part of the small intestine, which is called the jejunum. This part of a dog’s small intestine is basically covered in little probes, which, like fly paper, pick up and absorb useful nutrients into the bloodstream.

The final part of the small intestine is the ileum, which absorbs whatever nutrients remain. By this point, the once-acidic chyme gloop is now a sort of thicker pasty substance. You’d be surprised how little of the food you or your dog eats is actually used by your body. Did you ever wonder why the dog digestive system produces so much poop? It’s because the actual nutrients — proteins, vitamins, fats and so on — that your dog’s body can utilize are miniscule in proportion to the physical volume of most dog food.

How long is this part of the dog digestive system? It varies by size. If you stretched out a dog’s small intestine, it would be nearly three times as long as the dog. The back end of a dog’s GI tract is fairly short by comparison, just over a foot long, give or take, depending on the dog. Its primary components are the large intestine and the anus. The large intestine is basically a water remover and garbage compactor. Having spent the first half of its journey being mashed up, dissolved and sifted, any parts of a dog’s meal that cannot be used is treated by bacteria, and reconstituted into a solid package we call dog poop. 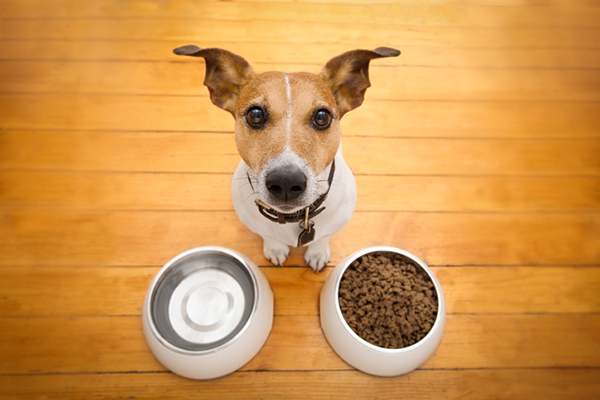 How long does food stay in a dog’s stomach?

Though dogs are omnivores, they are opportunistic ones. That means that while they can eat almost anything, the dog digestive system can’t break down and utilize everything. Animals like humans or cows, to name two, have GI tracts made to process plant matter. As a result, their intestines are much longer and more drawn out than those of dogs. Since cows depend on vegetable matter, they even get extra compartments in their stomach, and can regurgitate food to chew and digest it fully.

A dog digestive system, depending more on meat proteins, is much more efficient. Depending on its digestibility, food can stay in a dog’s stomach much longer than either a human or a cow. If the meal is not strictly meat, comprising a variety of vegetable, grains and proteins, it will have vacated the stomach completely in 12 hours after eating. Compare that to four to five hours in a normal adult human.

Where does digestion actually take place in the dog digestive system?

As you may have gleaned from tracing food’s intricate journey from the food bowl in your kitchen to the poop bag in the dog park, the multiple processes of the dog digestive system means that it does not happen in one spot. From the moment comestibles come in contact with teeth and saliva in the mouth, digestion is happening.

A dog digestive system is just that: a system, and digestion takes place at every point along the course. Food is disassembled in a variety of ways, physically and nutritionally, from the mouth to the stomach. The majority of its conversion into absorbable nutrients happens in the small intestine, and digestion is only complete when your dog assumes the familiar position for excreting waste.

How long does it take for a dog to digest food?

Finally, the question about the dog digestive system that got us started. Unfortunately, there’s no set answer! So many variables are involved, that even in a perfectly healthy dog, the time to digest a single meal can be dramatically different. Does your dog drink enough water? That has an effect on digestion time as well. Large dog breeds take significantly longer to digest food than small ones.

Is your dog sedentary, spending most of the day on the couch? Does the dog get a couple of walks a day? Dog exercise has a definite impact on motility, or the way that the muscles of the dog digestive system propel food through the process. Total time from entry to exit depends on a wide range of factors, from the size of the dog to the quality of the food. Wet food takes less time to digest than dry kibble. Speaking very broadly, operating at optimum efficiency, a dog can process a can of wet food in as few as four hours, while the same amount of dry food can take eight hours to make the same journey!

This piece was originally published in 2016.

Read more about dog poop and dog digestion on Dogster.com:

32 comments on “Dog Digestive System Basics — How Long Does it Take for a Dog to Digest Food?”