Next on The Scoop: Keep Your Dog Safe In The Water This Summer
Health & Care 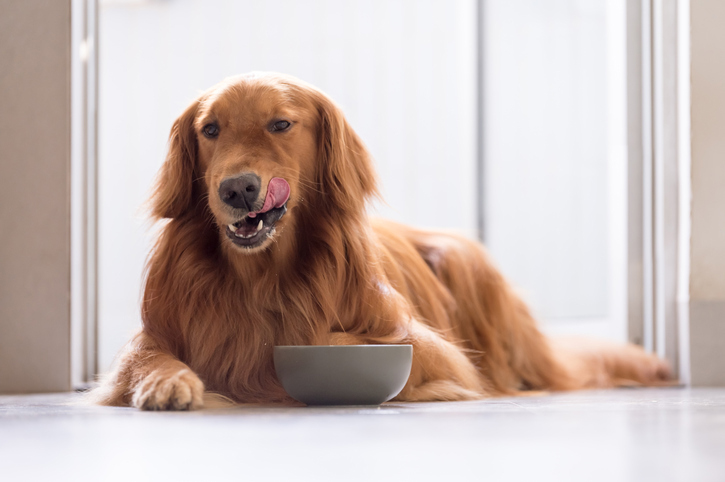 Of all the items in my pantry, the one I never want to run out of is cinnamon. My dogs and I enjoy this amazing, deliciously fragrant spice every single day of the year. The dogs get cinnamon sprinkled over their food at every meal. I like it in and on everything from yogurt, lemonade and chai tea to vegetable curry, baked apples and rice pudding. Not only does cinnamon smell and taste great — cinnamon for dogs has many health benefits, as we’ll see below. 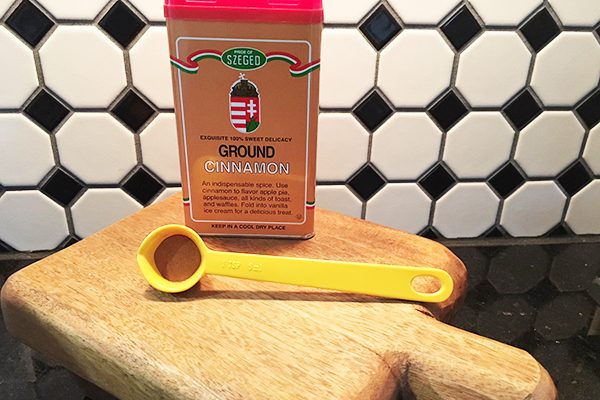 First — What is cinnamon and where does it come from?

Before we discuss the benefits of cinnamon for dogs, let’s talk about cinnamon itself. Cinnamon is a small tree that grows in India, Sri Lanka, Indonesia, Brazil, Vietnam and Egypt; its bark is dried and rolled into cinnamon sticks (also called quills), then ground into powder.

There are four varieties of cinnamon, but Ceylon cinnamon (its Latin name is Cinnamomum verum) and Cassia cinnamon (Cinnamomum cassia) are the most popular; Ceylon, also called true cinnamon, is sweeter, lighter in color, and more expensive than Cassia, which is the darker type of cinnamon more commonly found in supermarkets and Starbucks. Whichever variety you choose, it’s definitely worth it to spend a bit more on organic cinnamon — it’s even more wonderfully fragrant than its non-organic counterpart.

Traditionally, cinnamon has been used around the world to remedy flatulence, nausea, diarrhea and painful menstrual periods. It’s also believed to boost energy, vitality, circulation, cognitive function and overall brain health, and to improve the digestion of dairy products.

In one study, sniffing cinnamon was shown to result in improved brain function — test subjects performed better at memory and attention after a whiff of this spectacular spice. So, using cinnamon for dogs may help if you’re working with your dog on learning new tricks.

This spice wards off diabetes in dogs

Recent studies have shown that just half a teaspoon of cinnamon a day helps to regulate blood sugar and raise insulin resistance; it actually boosts the body’s ability to use insulin to improve blood glucose levels. This is vital for anyone at risk for diabetes — and that includes senior and overweight dogs. So in addition to feeding a low glycemic index dog food, another good use of cinnamon for dogs is in your pup’s food bowl!

Other studies reveal that cinnamon is anti fungal; it works to combat Candida albicans, the fungus that causes yeast infections. These infections often resist medication, but not cinnamon. (Dogs who have allergies are susceptible to yeast infections).

Keep your dog food fresher for longer with cinnamon

Cinnamon is also antibacterial, and slows down the spoilage of food. When I have to store part of a can of dog food overnight, I’ll sprinkle half a teaspoon of cinnamon over it before refrigerating (on a side note, never refrigerate dog food in the can — to preserve palatability, spoon it into a glass storage container with a plastic top). Researchers at Kansas State University found that cinnamon even prevents the growth of E. Coli bacteria in unpasteurized juices! So for safety’s sake, be sure to add some cinnamon to your raw apple cider.

Cinnamon for dogs helps with arthritis

An anti-inflammatory, cinnamon for dogs is great for senior pups struggling with arthritis. With my K9 seniors, I’ve had great results mixing a half-teaspoon of cinnamon with a tablespoon of honey. This is the recipe used by researchers at Copenhagen University, where arthritis patients were able to walk without pain after just a week of taking cinnamon with honey every day. Yet more studies show that cinnamon can lower blood pressure and LDL cholesterol, and slow the growth of leukemia and lymphomacancer cells.

Words of caution about cinnamon and dogs—

But in small amounts — half a teaspoon at every meal — cinnamon for dogs obviously does a lot more good than harm. Enjoy!

Read more about the benefits of human foods for dogs on Dogster.com:

19 comments on “Can Dogs Have Cinnamon? What to Know About Cinnamon for Dogs”