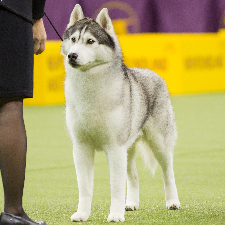 Siberian Huskies enjoy the comfort and security of the home and family.

The Look of a Siberian Husky

Siberian Huskies have compact, light and furry frames. They have medium-sized heads, sometimes having unique black & white or red & white patterns. Their medium-length muzzles end in black noses (or brown for red-coated dogs). They have triangular ears that open forward and almond-shaped eyes that create an involved and cunning expression. Their proud, erect necks and straight backs lead to bushy tails. Their well-furred coat is close enough to show off the muscular lines of the body. Siberian Huskies can come in almost any color. Overall, they are balanced, muscular and well-developed dogs. 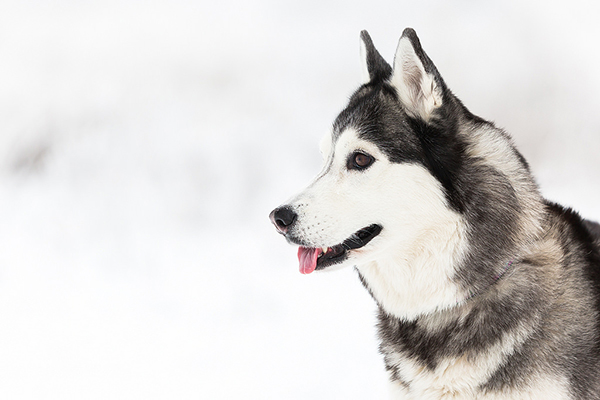 Siberian Husky. Photography ©Flickr user Irene Mei via Creative Commons License. Some size modifications have been made to fit this site. 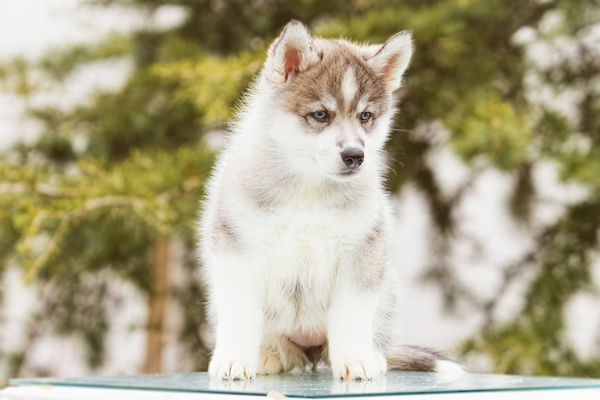 What kind of dog parents get along with Siberian Huskies? Photography by Voltgroup / Shutterstock.

Siberian Huskies may look like wolves of the wild, but they are actually easy-going, friendly pals. These are pack dogs—they enjoy the comfort and security of the home and family.

A well-exercised Siberian Husky will be content hanging out on the couch for a cuddle or playing a mellow game on the carpet. The Siberian Husky also has a mischievous side: They can become restless and destructive when left alone for too long. An easy way to combat this, aside from giving them attention, is to get them a Siberian Husky pal.

These dogs are devoted to their families, but they are also excellent hosts when guests come over, rarely barking or acting territorial; however, they do have an interesting wolf-like howl. Overall, what they say is true: Huskies are everybody’s friend. Because of this, they are not the best guard dogs. 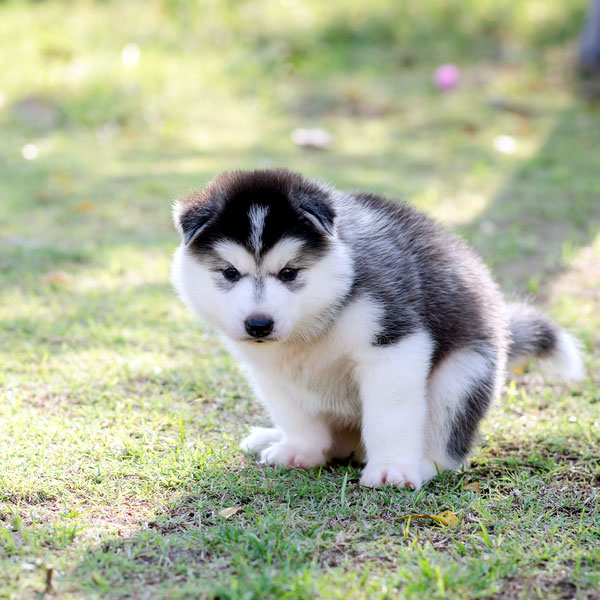 Don’t forget: Siberian Huskies descend from a race of tough, reliable working dogs. They get bored without enough exercise and activity. However, they should not be overworked in warm weather. If you live in a warm climate, consider another breed. If you have a warm season, exercise your Siberian Husky in the early hours and turn on the air conditioning inside.

Siberian Huskies can be a little willful, but they are definitely trainable. Use a firm but friendly hand and train them consistently. These are Arctic dogs—tough, determined and self-sufficient. They love to roam and wander, dig holes and capture small animals. Make sure they have a fenced-in yard and always walk them on a leash.

Shedding can be an issue with Siberian Huskies: During normal times, their coats need only occasional grooming. But during their shedding seasons (spring and fall) they need daily brushing with a metal comb to prevent hair from getting all over everything. 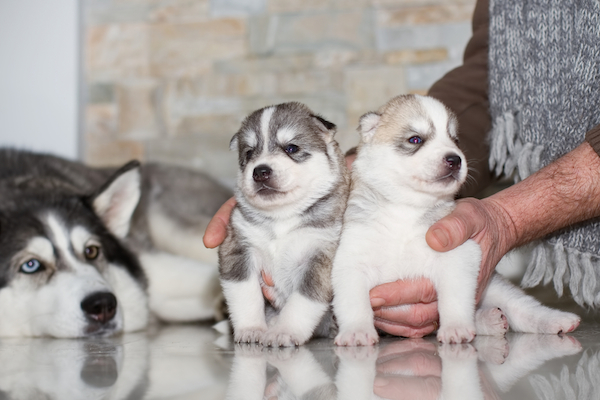 Siberian huskies were bred exclusively by the Chukchi people of Siberia up until the 19th century. Photography by Voltgroup / Shutterstock.

For centuries, the indigenous Chukchi people of Siberia developed what we know today as the Siberian Husky. These hardy, even-tempered dogs were not simply used as pets or helpful working dogs: The Chukchi people relied on them for survival. They herded reindeer, pulled sleds and worked for long hours in the cold. Up until the 19th century, the Chukchi people were the only breeders of this particular sled dog. In the early 1900s, Americans in Alaska began to import these dogs for sledding competitions. But their fame spread even more rapidly when a team of Huskies helped transport lifesaving antitoxin to Nome, Alaska during a diphtheria epidemic.