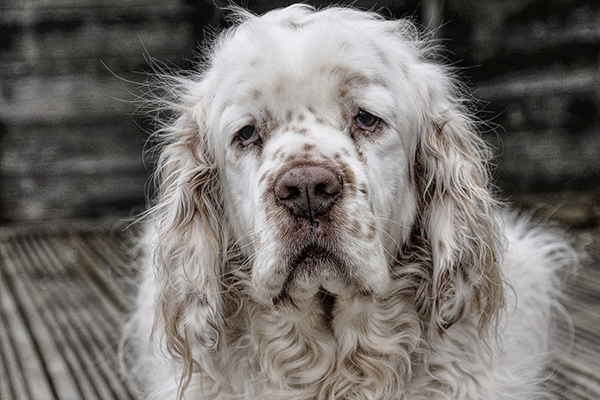 Easygoing and gentle, the Clumber Spaniel loves quality time with the family, but it also has an independent side.

The Look of a Clumber Spaniel 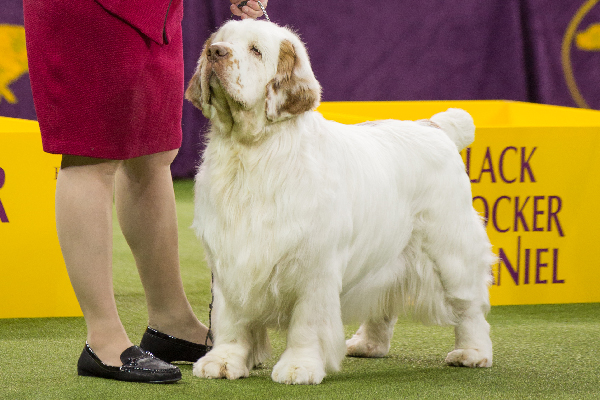 Clumber Spaniels tend to move slowly around the house. When they’re busy at work, however, they are very focused and determined. Keep an extra towel around, since the Clumber tends to drool. It has also been known to snore on occasion.

Clumber Spaniel puppies are a little more vigorous than full-grown Clumbers. A mature Clumber prefers solid walks to jogging or running. In fact, its favorite exercise is a nice game of fetch in the yard. If you can allow the Clumber some time to swim in clean water, by all means do. Without enough exercise, the Clumber Spaniel could easily gain weight.

Clumber Spaniels can live as long as 13 years. Common health issues include cataracts, hip dysplasia, disc problems (due to their low, long frames) and hypothyroidism. Their long, feathered coats need regular brushing and professional grooming. During shedding seasons, extra brushing is required. Check their ears regularly for signs of infection.

No one knows for sure when or how they originated, but it is believed that the Clumber Spaniel was developed in early 18th-century France by the Duke of Noailles. Possibly derived from a mix of Basset Hounds, Alpine Spaniels and St. Bernards, the Clumber Spaniel—in spite of its heavy frame—was used for many years as a hunting dog for aristocrats.

Read more about the Clumber Spaniel on Dogster.com:

Get to Know the Clumber Spaniel: the British Gentleman’s Hunting Dog