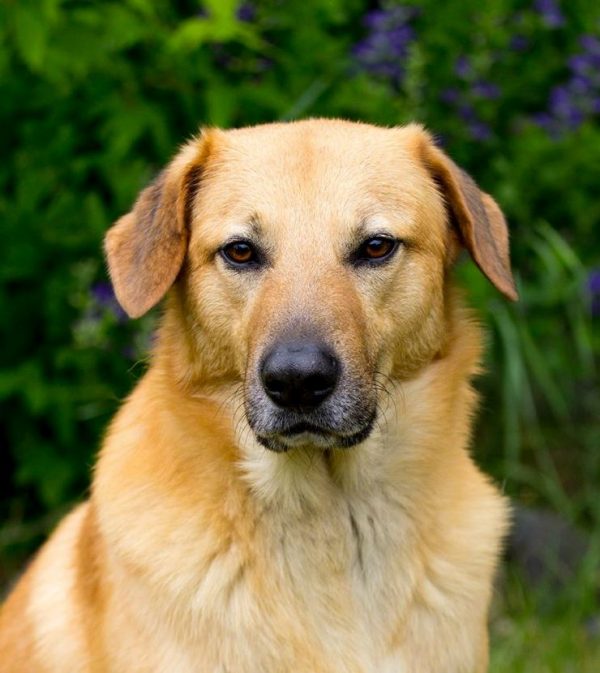 The Look of a Chinook

The Chinook has a large, muscular frame covered in a thin, dense double coat that usually comes in various shades of orange-brown or yellowish-brown. Its broad head has a tapered (but not pointy) muzzle, prick ears that sometimes droop, and amber-colored eyes. Sometimes, dark shades circle the eyes, ears and muzzle. Its well-furred tail either hangs low or curls slightly.

The Chinook may have a rough and rugged “outdoor” look, but it prefers to be cuddling or playing with its family indoors—even when there are tons of acres available outdoors. Around the home, the Chinook likes to help with chores, snooze on beds and sit close to friends on the couch. If you decide to kick back and read a book, the Chinook will most likely join you.

However, if you’re an outdoorsy type, the Chinook will gladly follow you through field and stream. Protective of its family, the Chinook makes a loyal (but very restrained) watchdog. The Chinook forms special bonds with children; in fact, it often seems to prefer playing with children.

The Chinook can live as long as 15 years with relatively few genetic health problems; however, some Chinooks may develop eye problems, hip dysplasia, epilepsy and skin problems. Grooming the Chinook is very simple. Its thick coat is almost maintenance-free—needing just the occasional brushing—but it has been known to shed during the spring and fall, if not all year-round.

The Chinook is a family dog through and through. It doesn’t need lots of room, but it does need attention and affection. It should not be left alone in the house or apartment all day. Make sure it gets a good daily walk and plenty of cuddle time.

With the hope of creating a durable, strong and friendly sledding dog, explorer and New Hampshire-native Arthur Walden developed the Chinook in the early 20th century. Crossing a Mastiff-like dog with a Husky, Walden produced several puppies that were later crossed with German Shepherds and Belgian Shepherds, resulting in today’s Chinook.