Next on The Scoop: My Dog Eats First Helps the Homeless Feed Their Pets
Show Dogs

Where Do Dog Show Competitors Get Their Bizarre Names?

Why do purebred, pedigreed dogs have such insane and nonsensical names? Are there guidelines for dog naming among domestic or international kennel clubs?

Whenever there’s a conformation dog show on television, I’m sure there’s a sizeable segment of the viewing population that laughs or shakes their heads when the competing dogs’ names are announced. No dog show is immune from the unusual dog name phenomenon, be it New York’s Westminster Kennel Club Dog Show, Birmingham’s Crufts, or the rotating international venues of the World Dog Show. Have a gander at the names of some recent winners from each competition:

Any number of questions surely spring to mind after seeing only these three examples. Do their owners, trainers, and handlers actually have to call the dogs by these names? Can you imagine having to say, “King Arthur Van Foliny Home! Time for dinner!” or “Who’s a good dog? Is it you, Efbe’s Hidalgo At Goodspice?” 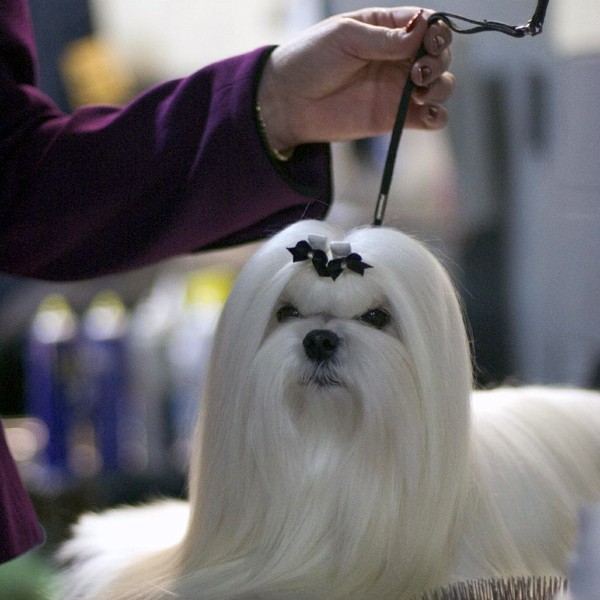 There are strict rules for registered AKC dog names. (Photo via Wikimedia Commons)

Why do purebred, pedigreed show dogs have such unwieldy and absurd names? Are there any rules, guidelines, or limits to the kinds of names that competitive show dogs can have? We have answers to these questions and many others! Let’s begin, shall we?

What’s in a name?

If you watch HBO’s ultra-popular television show, Game of Thrones, you know that names and titles make a difference, whether it’s Arya Stark continually stating that “a girl has no name” or Daenerys Targaryen announcing herself as “Daenerys Stormborn of the House Targaryen, First of Her Name, the Unburnt, Queen of the Andals and the First Men, Khaleesi of the Great Grass Sea, Breaker of Chains, and Mother of Dragons.” The Stark direwolves have much more manageable names by far.

When registering a dog, male or female, with a kennel club or a conformation dog show organization like the American Kennel Club in the United States or Crufts in the United Kingdom, the names read out by announcers sound more like the Targaryen title than any of the nicknames her advisors give her. The truth of the matter is that there are both guidelines and restrictions on competitive dog show names, but there is no universal standard or pattern to them. The rules governing dog naming are not even consistent between major organizations such as the AKC and Crufts.

Some pieces or forums you see online erroneously generalize the patterns in show dog names. They tend to offer naming structures that follow a particular order, something like “Name of Breeder” followed by “Individual name of the dog.” As we’ll see a bit later, the fact is that these patterns and structures are only consistently developed and followed by breeders and kennels themselves. They are not set up by dog show organizations, which tend to be proscriptive in nature rather than prescriptive. 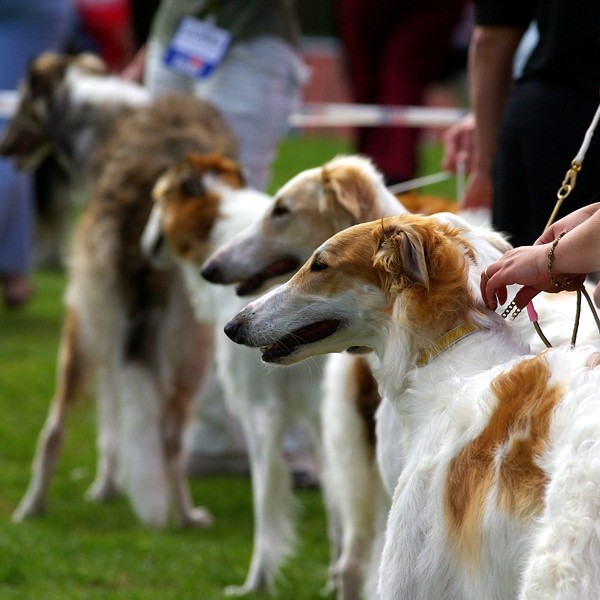 By that, we mean that the AKC and Crufts naming guidelines tell dog owners what they cannot do for registered dog names, rather than outlining any particular format that must be adhered to. A great deal of show dog naming practices have more to do with kerning and program printing practices than anything else. These are some of the major limitations that the AKC sets:

My very favorite limitation in the AKC’s official naming guidelines is that, at any one time, there can only be 37 dogs of a particular breed with the same name. The strictures listed above go some way to explaining why show dogs have such bizarre names. Since registered names are subject to character, language, and repetition restrictions, clearly show dog owners must get creative. If you’d like to see whether your dog’s name passes muster, the AKC has a site where you can try it out for yourself!

Guidelines for dog names at Crufts

If you thought the AKC was picking nits with its restrictions on dog names, The Kennel Club, the AKC’s British equivalent, has even tighter rules. Nearly 20 percent of all dog names submitted are rejected. Here are some of the dog naming guidelines from the other side of the pond:

Also like the American Kennel Club, The Kennel Club (UK) has a site where users can check whether a provisional dog name or kennel name is acceptable. 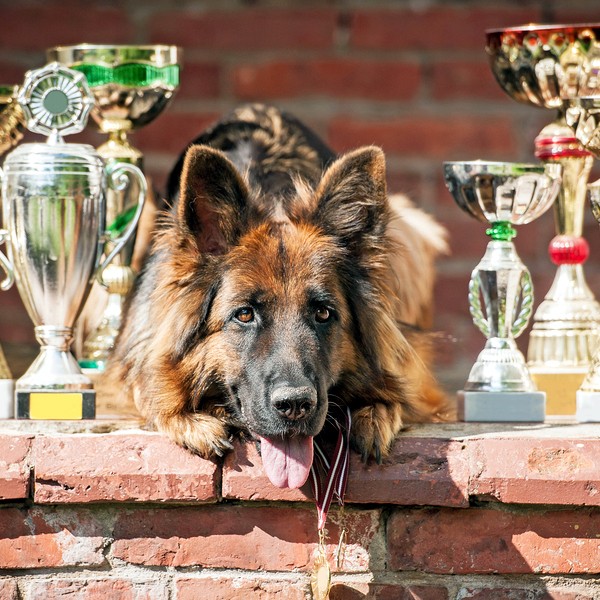 So, where do dog name patterns come from?

The generalized pattern we mentioned above, to wit, “breeder/kennel name” and “dog name” are not mandated by either AKC or The Kennel Club. Inasmuch as there are recognizable or repeated patterns, they are completely in-house among the various registered and reputable breeders and kennels. Because they produce so many litters of puppies, keeping them straight is a priority.

Kennels and breeders develop their brand by the terms and themes that appear in their dogs’ names. To return to the Game of Thrones theme, a breeder may name one litter of puppies after the characters in House Stark, and the next litter for ones in house Targaryen. Naming practices and patterns, whether they include the kennel name or not, are part of how these organizations build name recognition and reputation.

Finally, it may not surprise you to learn that registered dog names, as complex and strange as they can be, are not the names by which these dogs are called on a daily basis. Purebred dogs always have two names: the “registered name,” which is printed in dog show programs and announced on television, and their “call name,” which is the one for normal use. For instance, in the intro, we namechecked “Efbe’s Hidalgo At Goodspice,” a Sealyham Terrier from Canada who has won a host of domestic and international competitions. Around the house, he goes by “Charmin.”