Next on The Scoop: The GoBone, and More Automatic Dog Products We’d Like to See
Dog Mom

6 Things I Feel Guilty About as a Pet Parent

It only happens 10 percent of the time, but I do put my needs before my dog's in some ways -- and then the guilt sets in.

I’m a loving and loyal dog mom, but that doesn’t mean I don’t have moments when I feel horrible guilt. I suppose it comes with being a mom, the uneasiness at the inability to be perfect all of the time.

I’m not a mom to a human child, but I do have a four-legged one, a 10-year-old German Shorthaired Pointer mix named Riggins. Much of what I do on a daily basis takes into account my sweet baby boy. Can I get up and go swimming, or do I need to walk the dog before it gets too hot? Can I purchase the delicious grapes that are on sale, or do I keep them out of the house where my baby boy lives? Do I go to the after-party or head home to check on my pup? About 90 percent of the time, Riggins wins, but now and then I choose me and it always ends in guilt. Here are just a few examples: 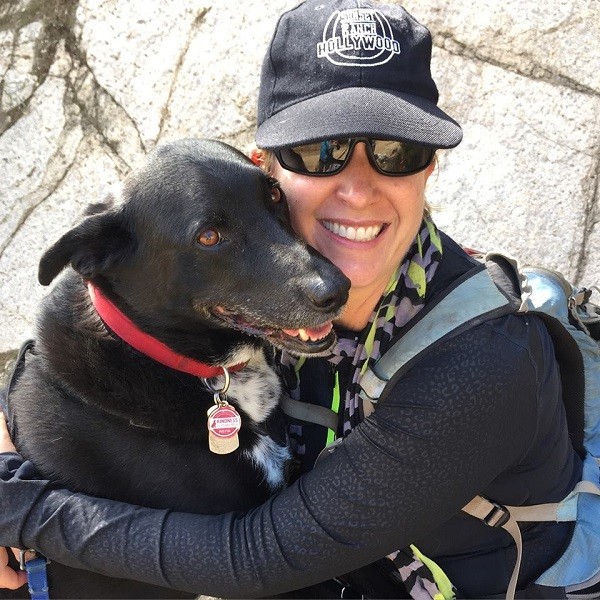 It’s always a mental struggle when I choose to do to human-only exercising. Whether it is heading to the pool for a few laps or hitting my local Bar Method class, I know, in the back of my head, that I’ve chosen to do an activity that doesn’t include Riggins. Some exercise locations have babysitting, but that isn’t for my baby. I’m pretty sure if I tried to drop Riggins off at the gym’s kid care area, it wouldn’t go well!

Getting both of us a workout is how we started hiking. We both have a blast on the trails, but every once in awhile I still head out to exercise without him. 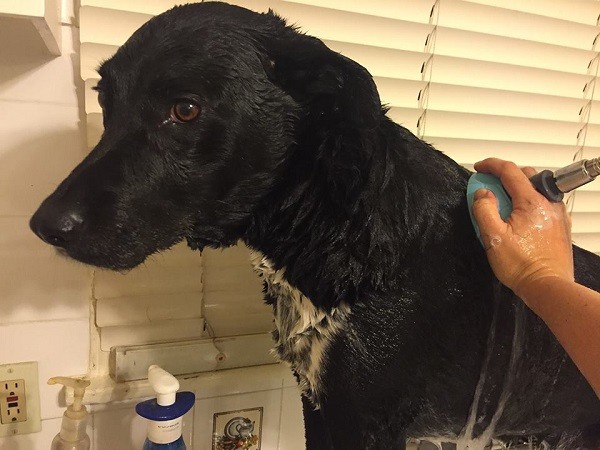 At least Riggins gets a regular bath. Even if he doesn’t like it! (Photo by Wendy Newell)

I don’t take Riggins to a groomer, and I don’t feel guilty about this. He would much prefer to get a bath from me than a stranger. What I do feel bad about is my inability, or more specifically my unwillingness, to do daily brushing and weekly nail cuts.

I’ve talked to you before about not taking care of Riggins’ nails. Shameful.

It just so happens that I’m as good at ignoring his need to be brushed. He even likes being brushed. It’s like a special pet to him, and he will lean in for more. Due to his undercoat, Riggins should be brushed daily, or almost daily. He’s lucky if he gets brushed once a month.

Forget brushing his teeth. That has happened maybe five times in his entire life. 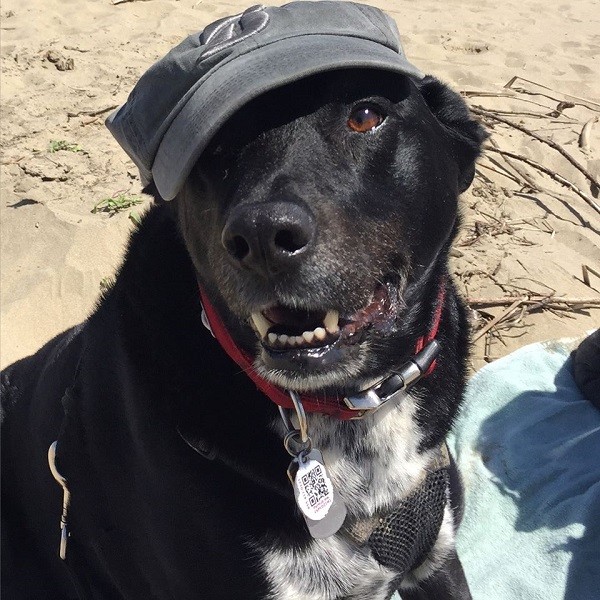 A tad overweight, but still dashing! (Photo by Wendy Newell)

Riggins is extremely muscular, but the past year or so he has added on non-muscle weight. I have to admit: It is fat. When Riggins and I were dog sitters and had tons of dogs around, he took it upon himself to make sure everyone finished their meals, and if they didn’t, he would help them out. That little trick led to some extra weight.

An overweight dog is horribly unhealthy and simply unfair to the animal. I feel horrible for letting him gain the weight, and we are working on getting it off. 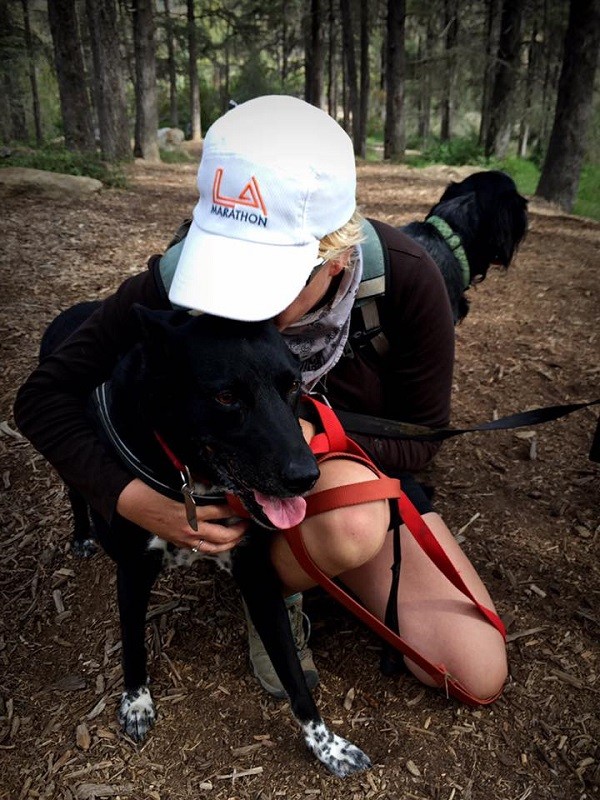 My darling pup LOVES people and adores men. He would be happy if there were two or three guys in our life, spending their days and nights with us. Instead, I’m a single mom looking after my sweet boy. Every time Riggins heads over to a guy and forces him to cuddle, I feel a pang of guilt. 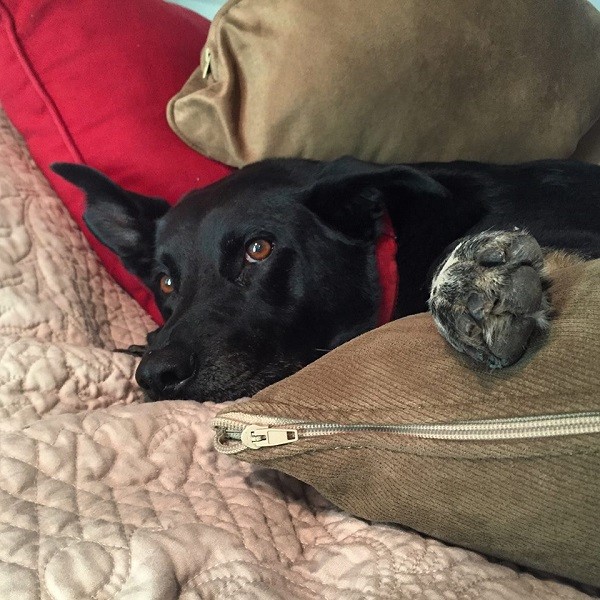 Riggins hanging out on the human bed. (Photo by Wendy Newell)

Sometimes I skip our daily adventure, and we don’t even do a walk around the block. I’m tired, and Riggins is almost 11. He seems perfectly happy to snooze through exercise time. That shouldn’t give me a pass, though. Regular exercise is good for him, especially as he gets older. I could get up early and take him out. I SHOULD get up early and take him out. I’m just so tired, and it is comfy in bed snuggled close to my baby boy. 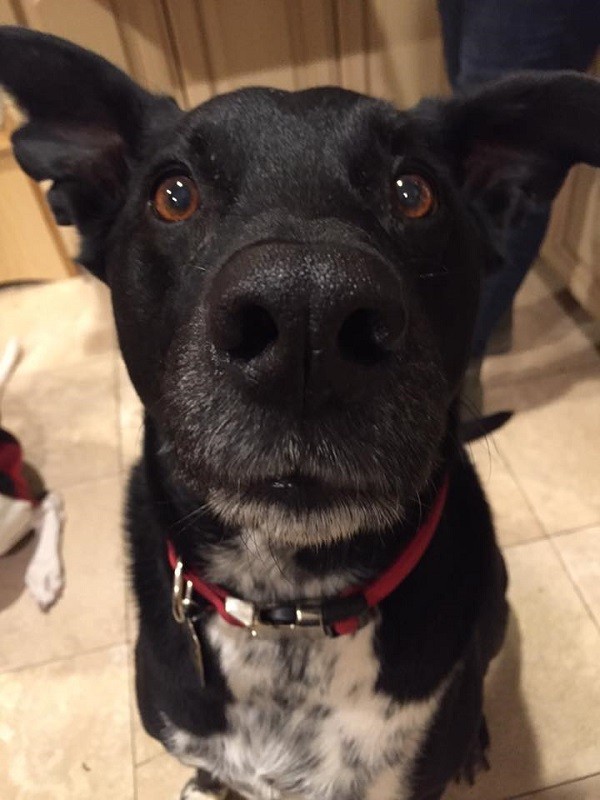 Feed me! (Photo by Wendy Newell)

Riggins loves people so much that I should take him with me wherever I can. The truth is that any social event that includes eating is off-limits. Riggins was taught bad table manners, by me, and tends to feel all human food is his and should get in his belly. That usually leads to him stealing food from the table, plate, or even someones hand mid-bite! It is even worse knowing his behavior is all my fault and therefore so is the fact that he can’t take part in fun food-related events.

I wish I were perfect all of the time for my baby boy. It just isn’t going to happen.

Do you ever feel guilty because of something you don’t or can’t give your dog? Let us know in the comments below.