Next on The Scoop: 5 Dogs Who Ran for Political Office
Breeds 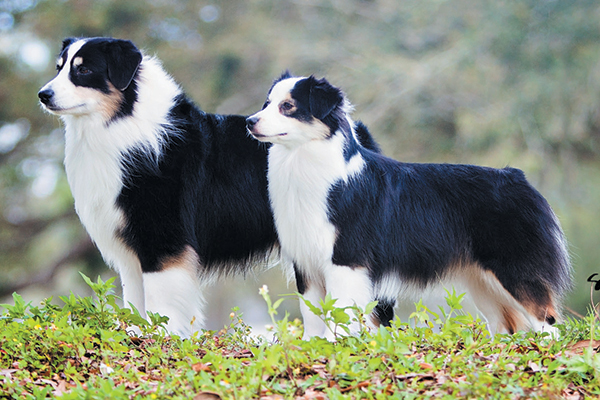 Let’s meet the Cirneco dell’Etna, the Pumi, the Lagotto Romagnolo and the Miniature American Shepherd — dog breeds who are new to the American Kennel Club.

The four newest breeds to be recognized by the American Kennel Club (AKC) are an eclectic quartet of small dogs with big names. Wrap your tongue around the Cirneco dell’Etna, the Pumi, the Lagotto Romagnolo and the Miniature American Shepherd. All four breeds boast colorful histories and important jobs. With their charming, distinctive good looks, their growing popularity in this country seems assured.

The Cirneco erupts on the scene 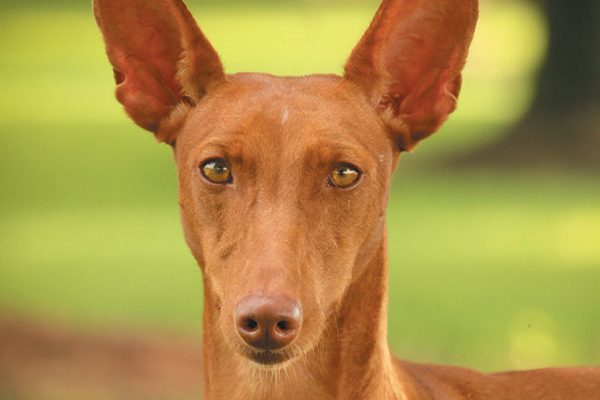 The Cirneco is new to the American Kennel Club. Photography courtesy Patricia Sulzberger.

The Cirneco dell’Etna is a small, short-haired, chestnut red-colored sighthound that was used in Sicily to hunt rabbits. The breed is found all over the Italian island, especially in the area surrounding the active volcano Mount Etna, where the dogs hunt on terrain formed by volcanic lava. It’s considered one of the few ancient breeds that has undergone little change over time, remaining hardy and healthy.

The Cirneco (chir-neck-oh) resembles the Pharaoh Hound, a larger sighthound breed that hails from Malta. With their prominent, erect ears and clean-cut lines, both the Cirneco and the Pharaoh remind us of Anubis, the jackal god of ancient Egypt. A Cirneco named Amy Bella wrote a chapter in dog show history in July 2017 when she became the first of her breed to win an all-breed Best in Show in the U.S. Known more formally as Grand Champion Colisto’s Bella, Amy Bella has been winning many Hound Group firsts at dog shows and making new friends for the breed wherever she goes. She was seen by thousands on national TV in February when she won Best of Breed at the famed Westminster Kennel Club dog show in New York City. 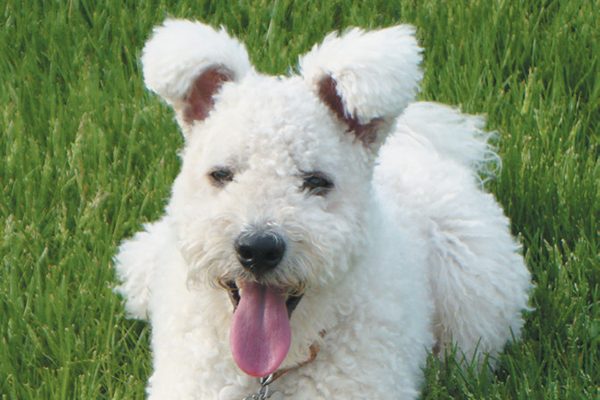 The Pumi (poo-me) is a medium-sized, intelligent, energetic and alert Hungarian herding breed that originated in the 17th or 18th centuries and was used to herd cattle, sheep and swine. Pastures were small, and the livestock was driven to local fields for grazing, so the Pumi needed to be agile and versatile, showing skill at gathering and keeping the stock within boundaries as directed by the shepherd. The Pumik (plural of Pumi) worked close to the livestock and used their quick movement and bark to keep the animals under control.

The charming Pumi almost resembles a stuffed animal, which belies its tough working heritage. Two of the breed’s most unusual traits are its ears and its coat. The ears sit high on the head, are of medium size and are carried two-thirds erect with the tips pointing slightly outwards. They are covered with hair and are mobile, moving quickly in response to the dog’s surroundings. The coat, whether black, white, gray or fawn, is a combination of wavy and curly hair, forming corkscrew curls all over the body. The coat is made up of an even mixture of harsh outer hair and softer undercoat. To maintain the characteristic look of corkscrew curls, the coat must dry naturally, without fluffing or blow-drying. 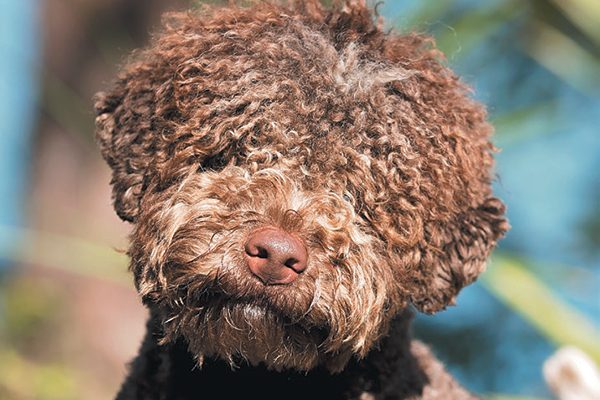 The Lagotto Romagnolo (La-go-toe Row-man-yo-low) is an old Italian breed with a rustic look that was bred to perform two important jobs well. The dogs were the devoted companions of the vallaroli or “lagotti” who, prior to the vast land reclamation of the late 19th century, lived near lagoons teeming with game. The dogs not only guarded the homes and boats but retrieved fallen water fowl in all seasons.

The name Lagotto Romagnolo translates to “wetland hunting dog with crimped, curly coat.” As the marshes of Comacchio and Romagna disappeared over time, so did the Lagotto’s original function. However, his superb sense of smell and tracking ability resulted in a second career: finding truffles in hilly woodland and thorny scrub, protected on the hunt by his tightly curled coat. These tubers are an expensive commodity, so the Lagotto proved to be an invaluable asset. It is believed that the transition for the breed between these two jobs took place between 1840 and 1890.

The Lagotto breed standard calls for hair of a “woolly texture … semi-rough on the surface, with tight, ring-shaped curls … Curls must be evenly distributed all over the body and tail, except on the head, where the curls are not as tight, forming abundant eyebrows, whiskers and beard … The coat and … undercoat are waterproof. The clipped coat must not be longer than a maximum of 1 ½ inches in a curled state (not brushed out) ….” The standard specifies that the “correct clip is unpretentious and contributes to accentuate the natural, rustic look typical of the breed.” Even in the rarefied world of American dog shows, the guardians of the breed insist that the Lagotto retain its natural, historic appearance. 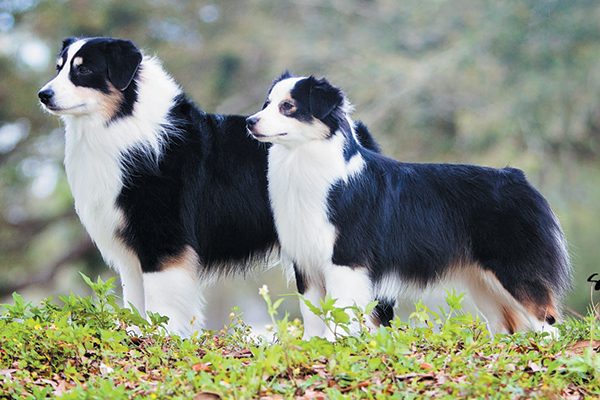 The Miniature American Shepherd was created during the late 1960s in California with the breeding of small, unregistered dogs thought to be Australian Shepherds. The goal was to retain the dogs’ intelligence, active nature and small size. The breed was first registered with the National Stock Dog Registry in 1980 as the Miniature Australian Shepherd. By the early 1990s their popularity had snowballed, and they were registered and shown with various rare-breed organizations across the country.