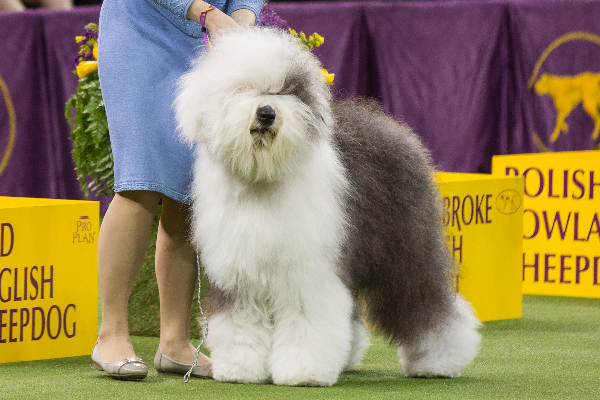 The Look of a Old English Sheepdog

Old English Sheepdogs have large, square, compact frames covered in shaggy coats. They have large, somewhat square heads covered in fir, flat ears and large black noses. Their intelligent eyes can be brown, blue or one of each. They have somewhat long necks, short bodies and big-boned legs. Their tails are usually docked, and their coarse coats are abundant without being too profuse. They usually come in blue, gray, blue gray or blue merle, with or without white patches. Overall, Old English Sheepdogs have a strong, balanced look.

Though it spent generations herding cows and sheep, the Old English Sheepdog is pretty much a homebody. If you live on a large tract of land, they won’t roam too far. Rather, they’ll stay on the porch or close to the house. If you really want to find your Old English Sheepdog, the best place to look is the couch.

Old English Sheepdogs get along famously with children. Not only are they playful, gentle and watchful, they give great hugs. Their shaggy fur and big black noses make them instantly endearing to young and old alike. However, they can definitely break out the barks when someone suspicious approaches the home. They make very effective (but not particularly frightening) watchdogs. 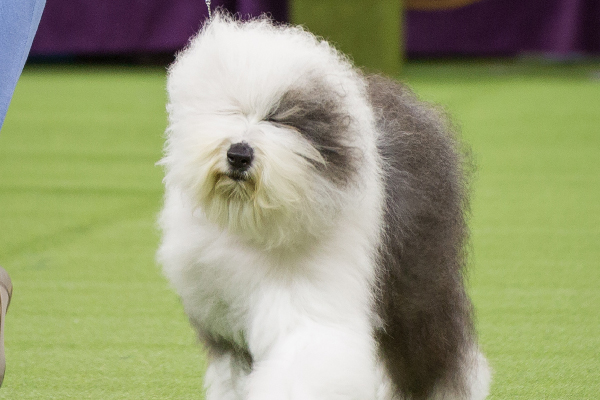 Bred to manage livestock all the livelong day, Old English Sheepdogs need to keep busy and active to maintain a healthy state of mind. Take them on long, daily walks and schedule some time for them to frolic in wide-open spaces. Not the best choice for an apartment companion (though they can and will manage perfectly well in an apartment), these dogs need the elbowroom of a medium-sized, fenced yard.

A healthy Old English Sheepdog can live as long as 12 years. Common health issues include hip dysplasia, thyroid problems and cataracts. If overfed, they can suffer from obesity. Their long, rough coats need regular brushing to prevent matting; however, they don’t shed very much. When it gets hot, some owners may choose to trim their coats. 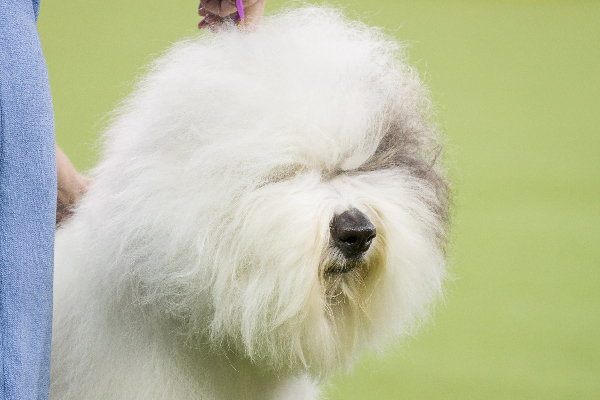 Get to Know the Old English Sheepdog: Gray and White and Frizzed All Over