Next on The Scoop: Your Heart Will Melt: Meet 12 Adorable Dogs from the Book “Newborn Puppies”
In the News

This week, Roz Warren — a mild-mannered librarian, humorist and dog lover — wrote a piece for the New York Times about the price one is willing to pay to save a sick elderly dog.

In her case, she was paying for her son’s 13-year-old Bichon Frise, who needed emergency gallbladder surgery, which carried a 30 percent chance of life-threatening post-op complications. The surgery cost $6,000. If it was successful, it would give the old dog maybe two more years.

Warren writes of the dog owners, “Tom and Amy are crazy about these dogs, so much so that when they married, both Bichons were included in the ceremony. Max, part of Amy’s life since her folks brought him home when she was 12, was the ring bearer. Jack was the ‘flower dog.’

The author immediately volunteered to pay a third of the cost, knowing how much the dog meant to everybody. Then she told her friends. Opinion was mixed.

“He’s an old dog,” one chided. “You’re missing an opportunity to teach your son a valuable life lesson. There comes a time when you have to let go.”

Another said she’d do the same “in a heartbeat.”

Regardless, the family took the dog in for surgery. Unfortunately, there were complications. “Max came through the operation beautifully,” the vet told them. “But his gall bladder had already ruptured.”

And yet Max not only survived, but thrived. After spending 24 hours in the canine intensive-care unit, with his own round-the-clock I.C.U. nurse, he bounced back quickly. 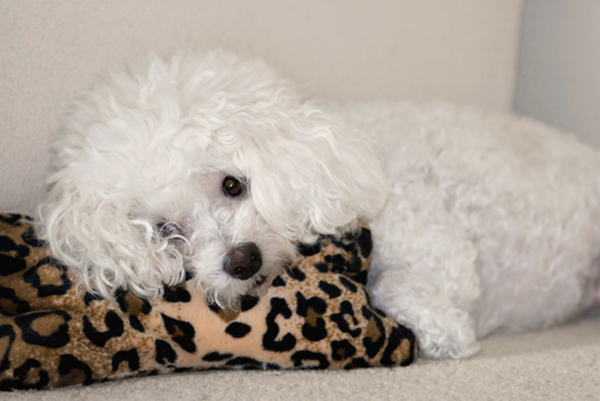 “We paid the whopping hospital bill with no regrets. Max, alive and well, is worth every penny. Even if he hadn’t made it through, knowing that we had done all we could for him would have been worth that price.”

The story closed, and we were happy. Then we started reading the comments. There was a heck of a fight going on in there. While many shared our feelings and said they would have done the same as the author, plenty of others said that spending that kind of money on a dog was crazy. They also bashed the notion that we should even love our dogs. Here’s some of them:

This article is utterly offensive. People are starving in our own country, yet Ms. Warren proudly defends spending $6,000 to attend to a dog.

I’m sorry but, I think it’s disgusting to even consider spending $6,000 to save the life of a pet when there are children all around the world (including many parts of the USA) who need life-saving medical treatments or operations.

This pet obsession in America is insane. Sorry to sound insensitive, but a dog is not your child.

Strong stuff. Also way off-base — but that’s no surprise in the hornet’s nest of a major newspaper’s comment section.

We’re curious what Dogster readers think, so we’re bringing the same question to you that Roz Warren brought to her friends: “Would you pay $6,000 for a 70 percent chance of buying two extra years of life for an elderly dog?” And if you’ve had a similar experience, please tell us about it in the comments!