Next on The Scoop: Ask a Vet: Is It Safe for Dogs to Share Thanksgiving Feasts?

Dog Hitches Ride on Side of Ambulance Carrying His Ailing Owner

Buddy clung to the side of the vehicle until a passing motorist flagged down the drivers.

When Texas rancher JR Nicholson felt dizzy last week, he told his ranch hand Brian Wright to call an ambulance, and soon enough the 85-year-old man was loaded into the back of one by Tanner Brown, an emergency medical technician. Things were happening as they should.

Then about 20 miles into the one-hour drive to the hospital, a driver pulled alongside Brown and did the whole hand-waving Hey, you’ve got a dog on the side of your ambulance! rigamarole. Brown immediately pulled over, and sure enough there was a dog on the side of his ambulance: Buddy, a 35-pound Beagle mix, kin to the man laid out in the interior. 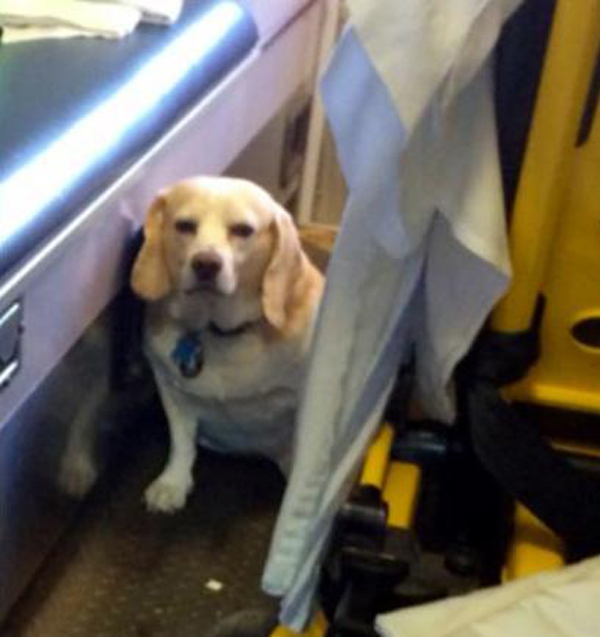 JR’s dog, Buddy, wasn’t about to let his master head off to the hospital without him, so he had hitched a ride on a small step on the side of the vehicle. The dog had been standing — calmly, we suppose, because this is clearly one hell of a dog — on the side of an ambulance barreling through Texas for 20 miles. Brown let instinct take over at that point.

“We didn’t have anything else to do but to load the dog up and put him in the ambulance and take him to the ER with us,” Brown told the Standard-Times.

Once Buddy was inside the ambulance, he went to work saving his owner. The dog noticed the EMTs weren’t using the lights and sirens to full affect, and he went about changing that.

“It was kind of funny. We were inside, and he had jumped onto the control switch and turned on the sirens and the lights,” Brown said. “We didn’t know what was going on.” 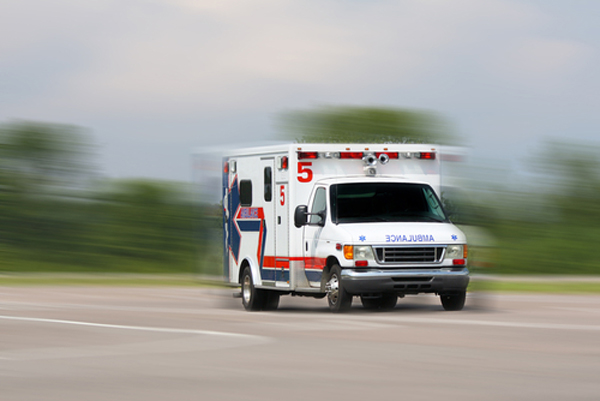 Once they made it to the hospital and JR went off to be treated, ranch hand Wright showed up and was shocked to see the dog. He had locked up the ranch but hadn’t seen Buddy; he figured the dog was roaming, as he often does on the property.

“Two things go through your mind in a split second,” Wright told the Standard-Times. “First, what could have happened to [Buddy], and second, you realize he is quite an animal.”

On normal days, Buddy rides tractors, so riding an ambulance probably wasn’t much of a stretch — at least until it hit second gear.

As for JR, he was fine after a short visit and was released the same day, and the nurses even let Buddy visit him in his room. JR rescued Buddy from a shelter four months prior, and the dog has captured his heart.

“I had two dogs (before Buddy), but I had to put one of them down,” Nicholson said. “He came along at just the right time. He’s now a member of the family.

Read more about dogs in the news:

Posted in Dogs with Jobs, Working Dogs, Offbeat, In the News,