Next on The Scoop: Norman the Scooter Dog Pedals Against Puppy Mills

All that we've assumed as fact about the origins of dogs might just be fiction.

Editor’s Note: This story originally ran on Ars Technica. It’s food for thought and we are rerunning it with permission.

Dogs were the very first creatures that humans domesticated, and their remains have been found along with those of humans from before we even had basic things like agriculture. And, with the advent of molecular tools, researchers were able to identify the animal that was domesticated (the gray wolf), as well as a handful of breeds that appear to be “ancient,” and split off close to the source of domestication.

It was a nice picture, but apparently it was probably wrong. That’s the conclusion of a study that appeared in last week’s PNAS, which uses a combination of genetic, archeological, and historic evidence to argue that the history of domestic dogs is such a mess that we’re not going to be able to unravel it without resorting to large-scale genome sequencing efforts.

The challenges of sorting out what happened from archeological remains are significant. The source of domesticated dogs, the gray wolf, historically ranged across North America, Europe, and Asia. The earliest domesticated dogs, which appeared about 15,000 years ago, looked a whole lot like the wolves they were descended from, making unambiguous identification of domestic vs. wild animals a challenge. And once things that were clearly dogs started appearing, they appeared over a huge geographic range. The earliest remains appear in Europe, the Middle East, and Kamchatka (on Russia’s Pacific coast) all within 1,500 years of each other. Within another thousand years after that, domestic dogs were present in North America as well.

It’s impossible to tell whether these distant sites represent separate domestication events, or whether (and, if so, how often) the earliest domesticated dogs ended up breeding with wolf populations.

All of that would seem to make DNA testing the best way to bring some clarity. And, indeed, the authors have a prodigious amount of data at their disposal, having looked at nearly 50,000 individual variations in DNA sequences, using a population of 1,375 dogs and 19 wolves. As with past studies, these identified a handful of breeds as “ancient,” meaning they appear to have branched off the family tree much closer to the domestication event. These breeds are the Akita, Basenji, Eurasier, Finnish Spitz, Saluki, and Shar-Pei (more on the Eurasier later). 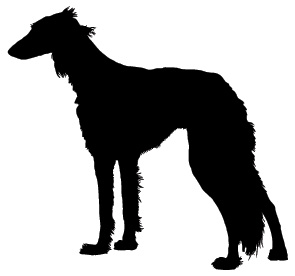 But the authors themselves point out that there’s a problem with their own data: None of these breeds are from the regions where the first remains of domesticated dogs are found, and a few come from outside the normal range of the grey wolf. In fact, the archeological evidence suggests that some of the genetic data can’t be trusted at all. As far as we can tell, dogs spread across the Pacific only 3,500 years ago, but two breeds (dingos and New Guinea singing dogs) from there appear near the base of the tree. The same thing goes for southern Africa, where dogs arrived less than 1,500 years ago, but a specific breed (Basenji) looks ancient.

What in the world is going on here? The authors argue that it’s a product of the odd history of the domestic dog. For one, we can largely throw out any genetic data from the Americas. Everything from there indicates that dogs were brought over in such large numbers by European colonists that they swamped any breeds native to these regions. (In fact, a hairless mutation found in a breed “native” to Mexico is identical to that found in breeds in China.)

In Europe, most breeds aren’t original. For example, the Irish Wolfhound has been proposed as being an old one, but wolves were already hunted to extinction before 1800, and the original version of the breed probably died out shortly afterwards. (The current incarnation is probably the product of a recent attempt to revive the characteristics through selective breeding.) Similar things apply almost everywhere else; most breeds have probably only been around 300 years or less. And then both world wars created large bottlenecks; many breeds were reduced to a handful of individuals, and some probably vanished entirely (only to be rebred since). 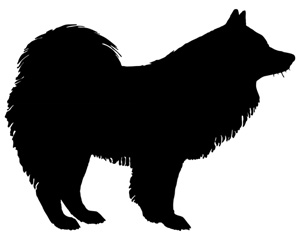 This process of rederiving breeds has made matters worse. In some cases, we know exactly how a breed came about. As the authors note, Eurasiers looked ancient, but were recently derived from a mix of Chows, Keeshonds, and Samoyeds. But all of these breeds come from near the base of the dog family tree. As a result, Eurasiers look like an ancient breed themselves, even though we know they’re not.

The authors conclude that the breeds that appear ancient haven’t actually split off early from the dog family tree. Instead, they’ve simply remained isolated during the massive shuffling and rederivation of breeds that has been taking place over the last few centuries. That shuffling has made everything else look older, so that a breed that has only been isolated for a few thousand years suddenly looks ancient.

Will we ever sort this all out? The authors argue that the advent of cheap DNA sequencing could give us enough data to start pushing back the resolving power. But that would require that we decide knowing more about the dog’s history is worth the resources required to do this sequencing.

Ars Technica is a trusted source for technology news, tech policy analysis, breakdowns of the latest scientific advancements, gadget reviews, software, hardware, and nearly everything else found in between layers of silicon. Please visit ArsTechnica.com for more stories.