Next on The Scoop: What It’s Like Being The Veterinarian’s Dog

As you certainly know, mutts were allowed for the first time at Westminster Kennel Club’s dog show this year, if only at agility competition, which took place on Saturday. Sixteen mixed breeds were entered, out of a field of 228. One of them surely wouldn’t win?

No. One of them wouldn’t win. But one of them made it to the final five! Applause.

According to the AP, Roo!, a “dog so high-spirited that she’d been adopted and returned to an animal shelter several times,” bested much of the field, and even landed a special prize called Best All-American Dog. 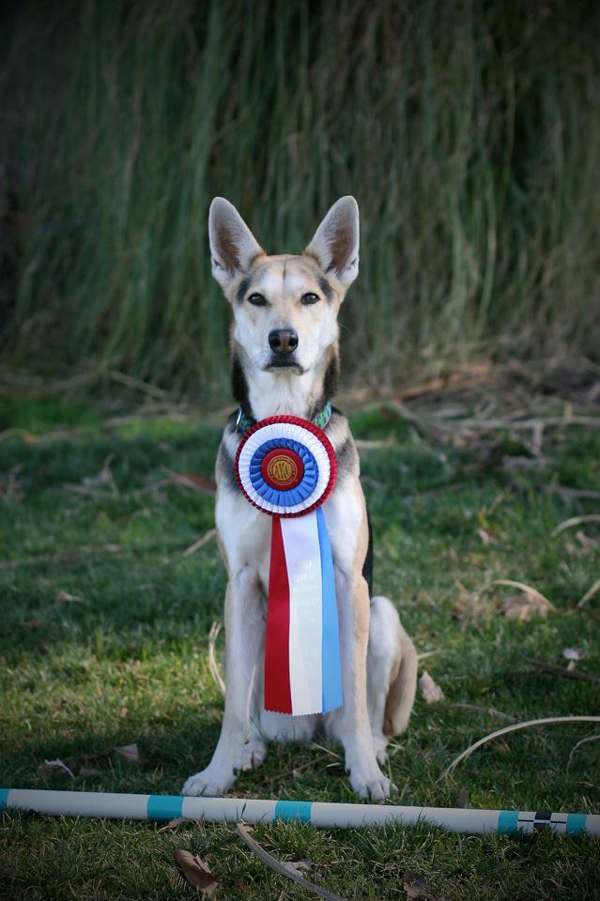 Roo! has a classic rags to riches story. According to CBS, the Husky mix was found wandering in a park in San Francisco as a pup, and she was labeled her “rude, jumpy, mouthy and reactive.” She was adopted twice, and both families brought her back, complaining that she was “too much dog.”

Enter San Francisco trainer Stacey Campbell. She saw something in Roo! — a competitive athlete. She trained her for obedience, then agility, and she was right. Roo! was a natural.

“I had been looking for a new dog to train for competition obedience for several months, and little did I know that a boisterous, big-eared, mixed breed would steal my heart,” she writes on her blog. “She loves to run and climb, and my light, leggy dog is a natural born jumper; agility seemed like the perfect sport for her. It’s been an exhilarating journey, and I am so lucky to share these adventures with my wonderfully naughty girl!”

Roo! eventually became part of the AKC World Agility Team, and then she headed to Westminster — and nearly took home the top prize. (We’re not sure when the exclamation point in her name came along, but once it did, it stuck.)

“It’s great that people see that, ‘Wow, this is a really talented mixed breed that didn’t come from a fancy breeder,'” Campbell told CBS. “I see a lot of great dogs come through shelters, and they would be great candidates for a lot of sports. And sometimes they get overlooked because they’re not purebred dogs.” 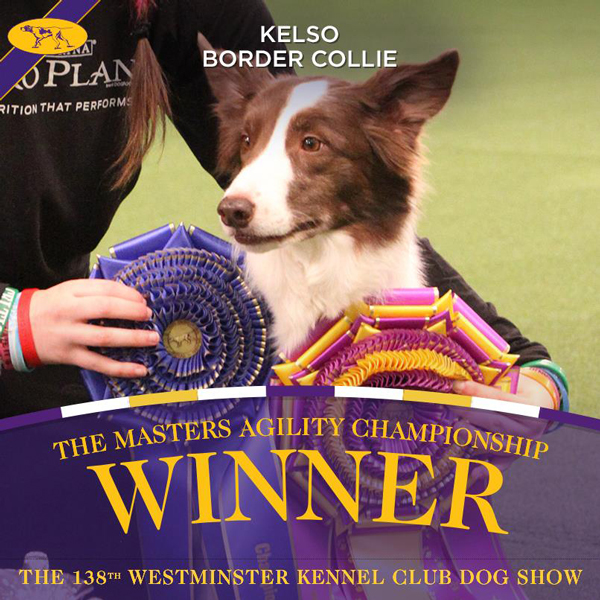 The other dogs in the top five included a Border Collie named Kelso, who won the event, a Papillon named EZ, and a Pyrenean Shepherd called Dash.

“It just shows that you don’t have to go get a breed to get a dog,” Campbell said after the show. “Any dog can compete in agility.”

Via the AP and CBS