Next on The Scoop: Sissy the Miracle Schnauzer Walks 20 Blocks to Find Her Owner at the Hospital

The 139th Westminster Kennel Club show starts next Monday -- here's how they pick the winners.

The first Westminster Kennel Club dog show was held in 1877 at Gilmore’s Garden in New York City. It attracted entries of 1,201 dogs. Uniformed attendants presented all the dogs in the rings, and after breed judging, there was no more competition. Between 6,000 and 8,000 spectators attended the first day, and more than 20,000 the second. The street was clogged with carriages. The New York Times reported that “everybody was fashionably dressed and wore an air of good breeding.” 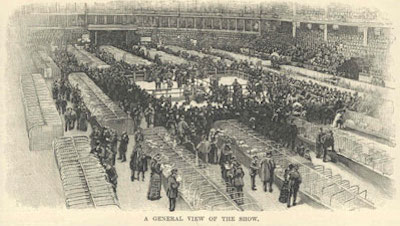 The profit of $1,295.25 all went to the ASPCA to fund a home for stray and disabled dogs. Attractions included two of General Custer’s staghounds, a two-legged dog “with almost human intelligence,” and a dozen “educated” Poodles, among others.

This year will mark the 139th Westminster Kennel Club dog show — the second-longest continuously held (after the Kentucky Derby) sporting event in America. Much has changed since that first show: The special dog attractions are gone, many more breeds are included, dogs are presented by their owners or hired handlers, and competition proceeds through various classes, best of breed, group, and finally Best in Show. But the excitement, the crowds, and the prestige of winning still remain.

Westminster isn’t actually the biggest show in America. It capped its entries at 2,500 dogs for many years, while other shows swelled to up to 4,000 in the big-entry days of a decade or more ago. This year, breed judging happens at The Piers, allowing for more room and an entry cap of 3,000. There are 2,684 dogs entered in 192 different breeds and varieties in 2015.

For many years, Westminster allowed only American Kennel Club Champions to enter, but that changed with the move to The Piers three years ago. Now class dogs (non-Champions) can once again compete. Here’s how competition progresses: Judging starts with class dogs, which can be entered in a variety of classes, such as 12 to 18 months, Bred by Exhibitor, American Bred, or Open. 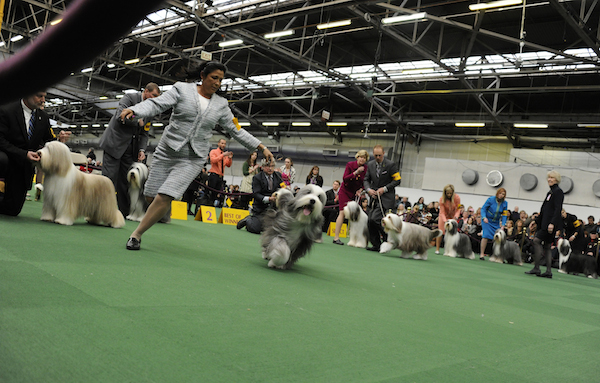 All dog classes are judged before all bitch classes start (and yes, use “dog” for males and “bitch” for females when you’re talking dog show stuff). The winner of each class competes against each other for Winners Dog (or Winners Bitch), and then Reserve Winners. Then the Champions, also called Specials, enter the ring in catalog order, followed by the Winners Dog then Winners Bitch.

The judge examines each entry at a stand, comparing it against the AKC breed standard. The way the dog moves is as important as how the dog looks standing; the judge checks the movement as the dog trots away and back, looking for signs of lameness or inefficiency. For example, in most breeds, the legs should move forward and backward in a straight line, converging toward the center line (depending on breed), without being cow-hocked, out at the elbows, or flipping the pasterns in a circle.

Movement from the side is similarly examined. In this case the judge is once again looking for efficiency and balance of motion, which in most breeds means strong drive from the rear legs, good reach forward with the front legs, and no pounding into the floor, hackney action, or stilted gait — except for the breeds that call for these traits! 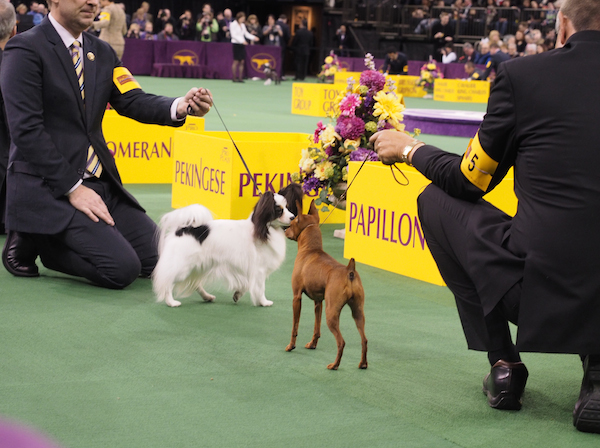 So movement, as well as appearance standing, is judged against that breed’s standard. A German Shepherd is expected to have a very wide, open gait from the side, whereas a Chinese Shar-Pei is expected to have a stilted one, an Afghan Hound should have more of a lifting floating gait, and a Miniature Pinscher a hackney gait.

Depending on the size of the breed entry, the judge may make a cut and narrow the choices, eventually choosing Best of Breed, Best of Opposite Sex (that’s the best entry of the sex opposite to the sex that won Best of Breed), and if both Winners Dog and Bitch are present, Best of Winners chosen between the two. At Westminster, the judge may also award one or more (depending on the number of entries) Awards of Merit.

Occasionally, the Winners Dog or Winners Bitch beats the Champions for Best of Breed. It happened two years ago when Swagger, the Old English Sheepdog, “went over Specials,” as it’s called. He then went on to make history by winning the Herding group and then Reserve Best in Show. Never discount the class dogs! 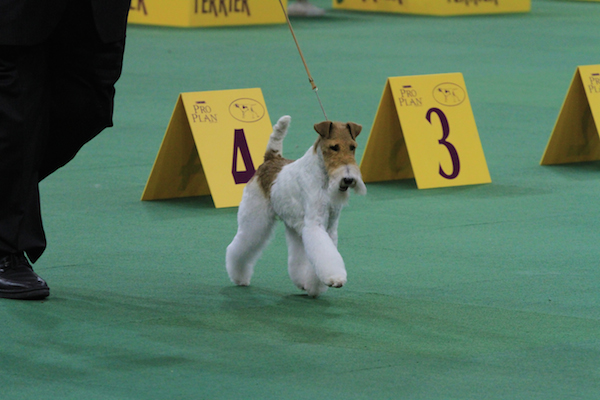 Win or lose, all dogs must return to their bench and remain there until 5 p.m. to allow spectators to see them. Westminster is one of just a very few shows that are still benched. It’s hard on the dogs — especially those not trained to use a public ex-pen to potty in — and hard on their people, as there’s no real seating for humans at the benches!

The Breed winners are allowed out at 3 p.m. to go to Madison Square Garden, where group judging will be held at 8 p.m. They must arrive there by 5 p.m. Most owners will try to give their dog some R&R during that break.

Finally, it’s group time! Dogs assemble outside the entrance, and when the group is called in, an official indicates when to enter the ring. Each dog has a stanchion with its breed on it that they are to stand next to; this differs from most shows, at which dogs line up according to speed instead of alphabet. 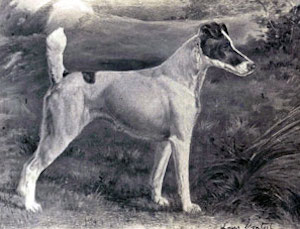 An official again indicates when to go up for the individual exam. Although spectators at home can hear the dog’s name, the judge cannot. Technically, the judge is not supposed to know whom she’s judging, but with the plethora of glossy dog show magazines advertising them (sent free to all judges), they recognize all the big winners — some of whom have had upward of $100,000 advertising budgets in the past year. Each dog is again compared to the breed standard, a cut of finalists is made, and first through fourth in each group awarded.

Many dogs retire after Westminster each year; in some cases, famous dogs with high-maintenance coats have been shaved before bedtime as gesture of retirement. And regardless, unless he’s just starting out in his career, the Best in Show dog almost always retires, at least from the AKC circuit — after all, what else is there to conquer?

The first place winners in each group must appear the second night to compete for Best in Show. The Best in Show judge is kept sequestered, with the idea that he is not to know what dogs are competing until he walks into the ring — although he may be told the breeds so he can review their standards. This year’s judge is the Hon. David C. Merriam, from California, a retired trial-court judge who has bred Bull Terriers since at least the 1950s. His task will be to judge his seven finalists with an impartial eye, narrowing them down to Reserve Best in Show and finally — Best in Show!

Follow the Westminster Kennel Club Dog Show on Facebook for more updates, and we’ll keep you posted on Dogster. We’ve already made our predictions for group and Best in Show winners below!

You can watch live streaming of all breed judging at westminsterkennelclub.org and on the official 2015 Westminster Show App. The show will air live Monday night on CNBC from 8 to 11 p.m. ET (5 to 8 p.m. PT) and Tuesday night on USA from 8 to 11 p.m. ET (5 to 8 p.m. PT). See your local TV listings for rebroadcasting details. The Masters Agility Championship at Westminster airs Sunday, Feb. 15, from noon to 2 p.m. (9 to 11 a.m. PT) on Fox Sports.