Next on The Scoop: Astrology Watch: What Are Taureans Like as Dog Lovers?

We Wondered When This Would Happen: First Class-Action Lawsuit Filed Over Chicken Jerky

"Who in their right mind would feed something to an animal that has an FDA warning?" distraught owner of dead dog asks.

We’ve been writing about the potential deadly effects of chicken jerky made in China for years. Every time we do, we’re deluged by readers who share their own heartbreaking tales of their own dogs who have either died or been made extremely ill from the jerky treats.

So the news from Chicago of the first class-action lawsuit against a couple of jerky-related companies isn’t a big surprise. The only surprise is that it didn’t happen sooner. 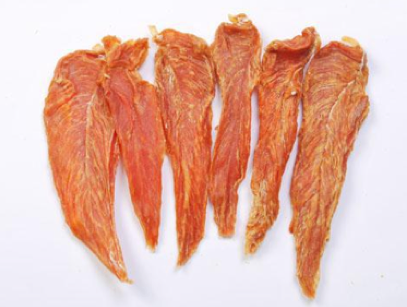 Chicago-area resident Dennis Adkins has filed the federal lawsuit against Netle Purina Petcare (makers of Waggin’ Train chicken jerky) and Wal-Mart Stores, Inc., where he bought the treats. He says his Pomeranian died of kidney failure shortly after he started feeding them to her. His other Pom, who did not get any of the treats, was perfectly fine.

Last fall the FDA cautioned consumers — and not for the first time — about feeding their dogs chicken jerky products (also sold as chicken tenders, strips, or nuggets) made for dogs. “In the last 12 months, FDA has seen an increase in the number of complaints it received of dog illnesses associated with consumption of chicken jerky products imported from China,” the advisory stated. In 2007 the FDA put a cautionary warning on the products. 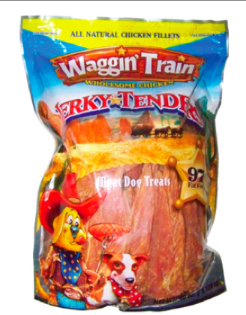 Adkins said he had no idea about this, and that he never would have thought of looking on the package for a warning. His suit claims that Nestle Purina was aware of more than 500 cases of dogs dying or becoming extremely ill after eating chicken jerky treats made in China.

“Who in their right mind would feed something to an animal that has an FDA warning?” Adkins said in a Chicago Tribune story. “I would not buy the product.”

The federal lawsuit seeks compensatory and punitive damages for people who believe their dogs were harmed by the treats. It also calls for an end to the sale of the treats.

Nestle Purina is not going to take this sitting down. “We believe the claims made in the suit to be without merit and intend to vigorously defend ourselves. We can say that Waggin’ Train products continue to be safe to feed as directed,” a Nestle spokesman said.

The suit could expand to include other companies. Because the FDA has not yet found any reason for the illnesses, it may be a tough one to win. But who knows what will be found out during proceedings. It will be an interesting and important suit. I’ll keep you posted.