Next on The Scoop: Mickey the Pit Bull Will Live, So Now Let’s Talk About Kevin

Vid We Love: Dog Rescued from Rubble of Washington Mudslide

“I just broke down crying really happy that my dog was all right. I’m just shocked how well he did against my whole house falling on him.”

More than 150 people are still missing five days after a rain-soaked hillside collapsed and rushed into a residential area in Washington state, burying dozens of homes. The unofficial death toll has risen to 24, and rescuers expect to find more bodies, though they are not sure how many of the missing reports are duplicates.

But out of this tragedy, a miracle occurred. A family dog named Buddy, believed dead, was found in the rubble days later, providing comfort and relief to his devastated family members — one said the rescue was “one thing to celebrate in a day of horror,” according to WTVR. 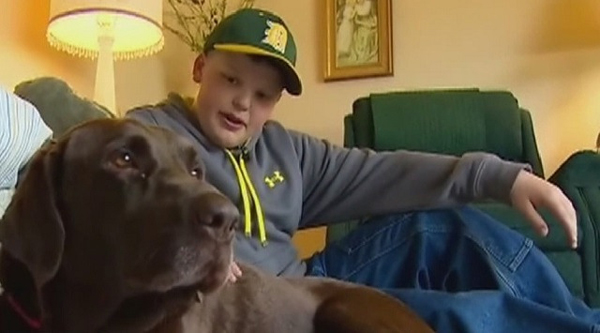 The mudslide hit the Kuntz family home dead on, dragging it 150 feet. The family was at a baseball game, but their dog, a black Labrador Retriever named Buddy, was home; so was their cat.

They returned to a scene of devastation and heartbreak. Their home was reduced to rubble. Linda Kuntz’ sister lived next door, and she perished in the slide; her husband, buried in rubble while sitting in his chair, cleared enough room around him to breathe. He survived.

When the Kuntz family was finally able to turn their attention to their pets, they lost hope quickly. Their home was rubble, and there was no sign of Buddy or of their cat. But the following day they returned, mostly to see what could be salvaged.

That’s when the unexpected happened.

“We were looking through all the rubble and we heard the dog whining,” Quinton Kuntz said.

Amazed, family members dug in, and soon one was giving the thumbs-up sign. They’d found Buddy, and he looked OK. He was covered in dirt and had a few cuts, but he was alive.

“I just broke down crying, really happy that my dog was all right,” Quinton said. “I’m just shocked how well he did against my whole house falling on him.”

Indeed, Buddy appears to have come through unscathed.

“He needs a bath really bad,” one family member said.

KomoNews reports that the family is helping rescue other animals as well. Although they never found their own cat, they found their aunt’s cat on Monday.