Next on The Scoop: Paws & Stripes Pairs Veterans and Shelter Dogs

After Traveling From Washington to Pittsburgh, a Lost Dog Returns Home

A trucker picked up Penny after she got loose, taking the Viszla across the U.S. before her family tracked him down.

Penny the dog didn’t make it home for Christmas as her owners were originally hoping, but after making an unexpected journey across the country and back, she’s back with her family.

Penny, a seven-month-old Viszla pup, started on her accidental trip a couple of weeks ago, on Dec. 19. As young pups are wont to do, she escaped from her owner’s office in Royal City, Washington, and went to explore the neighborhood. Somehow, she was found by a truck driver. Whether the driver deliberately abducted her or tried to help out a stray dog is uncertain and depends on who you listen to. No matter which version you believe, by the time Penny and the truck driver parted ways, she had travelled more than 2,500 miles to Pittsburgh. 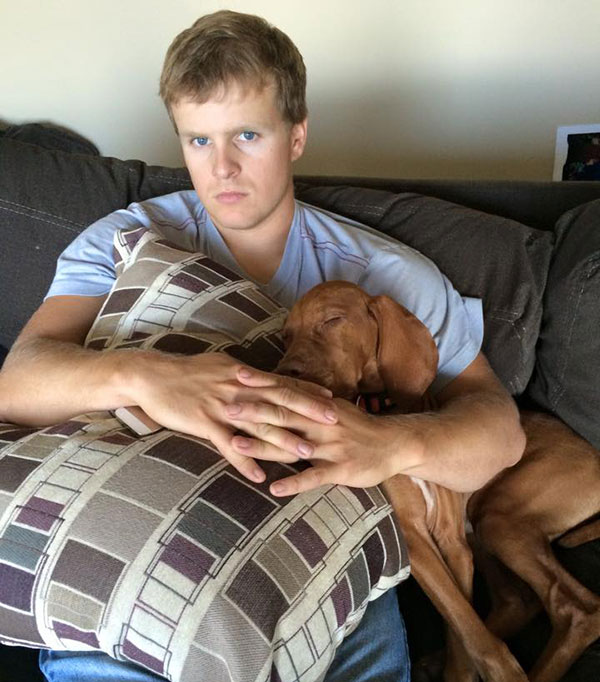 While Penny’s owners, Kendra and Colt Brown, were searching for Penny, someone tipped them off that they’d seen her get into a truck. The couple managed to track the driver down, but that turned out to be easier than actually getting Penny home. By that time the Browns contacted the driver, he was already near Des Moines, Iowa. “[He] said he thought she was a stray and he was going to drop her off at the nearest police station or animal hospital, but he said he couldn’t find one,” Kendra told television station KOMO. From there on, the story kept on changing. 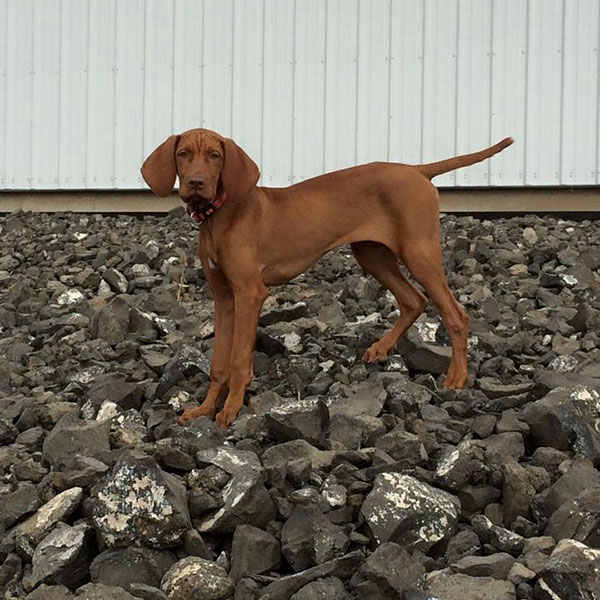 When the Browns took their story to the Internet with a Facebook page called Bring Penny Home for Christmas, Kendra’s very first post said, “We were able to track [the driver] down, and when he found out we knew he had her, he dropped her off at a truck stop in Des Moines, Iowa, with a Swift truck driver named CJ headed towards Washington. This is all we know. Please share this in hopes we can get some information on the whereabouts of our dog.”

But at that point, Penny wasn’t on a truck headed towards Washington. She was still traveling east with the original driver. “We’re not sure why he did tell us that lie,” Brown told KOMO. “Maybe he wanted to keep her, and then eventually he would give her up.” 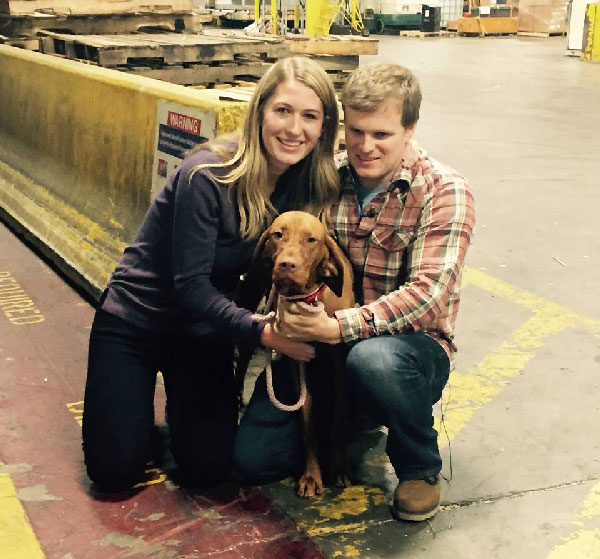 The driver did eventually give her up, to a veterinary clinic in Pittsburgh. The staff there scanned her for a chip and called the Browns on Christmas Eve. “She was like, ‘When can you be here to pick her up,'” Colt told KOMO. “I asked, hold on a moment, what state are you in? She’s like, ‘We’re in Pennsylvania.’ Well I’m in Washington state, so I’m going to have to make some phone calls.” 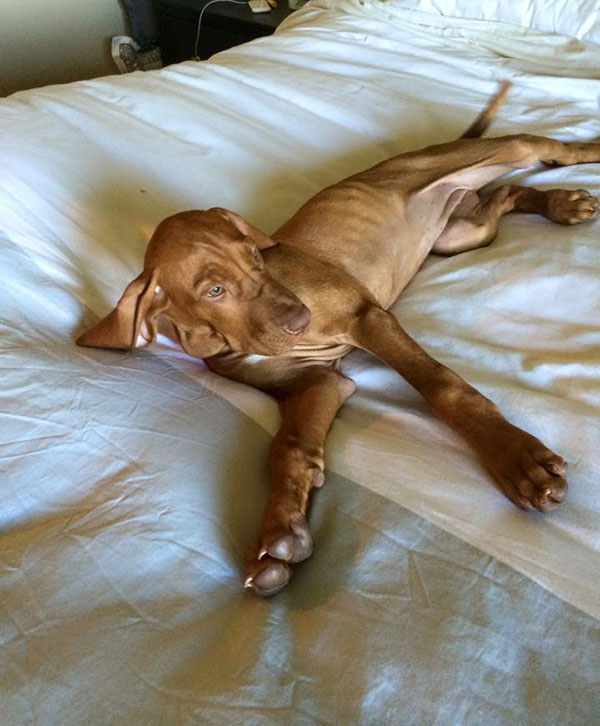 Getting Penny home was a collaborative effort. While she was in Pittsburgh, she stayed with Krista Novak, a volunteer with New Hope Vizsla Rescue. Alaska Airlines offered to fly Penny home for free, but in order to get her onto the plane, a volunteer had to drive her four hours to Baltimore.

Finally, Penny arrived at SEATAC airport on Jan. 2, where Kendra and Colt greeted her. A little bit after midnight on Jan. 3, the couple wrote on Facebook: “Penny has been reunited with her family and is safe and sound in her own bed tonight!! Thanks to all that made this possible!”

It was a long, hard trip, and while Penny didn’t make it home for Christmas, it’s definitely an auspicious start to a new year. Congratulations to the Browns and to everyone who helped reunite their family.