Next on The Scoop: Shelter Worker Who Dumped Dog in Dumpster Is Charged

He spent a frigid night guarding his friend, as traffic poured around them.

Warning: This post contains a video featuring graphic footage of a dead dog.

It’s an amazing, heartbreaking sight: two dogs huddled in the middle of a busy road in freezing temps, one dog with us no more, the other protecting him, mourning him, refusing to leave his side as the cars rumble past throughout the night.

On Dec. 22, on a busy road in Yinchuan, China, one of the dogs had been hit by a car and killed. His friend, dubbed the “Good Samaritan” by the press, curled up next to him. Cars swept past them. The temperature dropped to a freezing eight degrees Fahrenheit. They stayed there all night, according to Sky News. 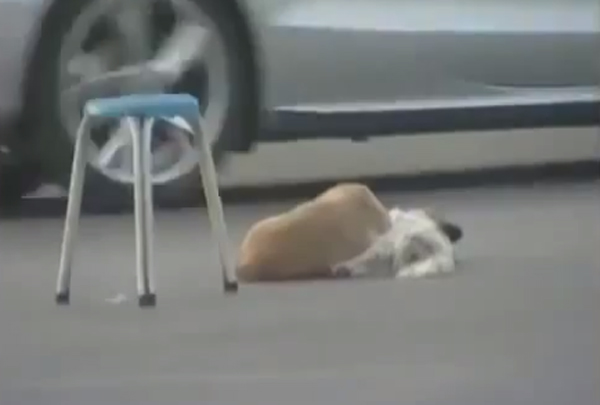 At some point, people who work near there put a stool in front of the dogs.

A woman called Ma Hongyan said, “It is our stool. A kindhearted woman put it next to the dogs to protect them from being hit again by another car.”

Another onlooker said, “The drivers must be careful and not hit them. The dog has been here for his friend all night.” 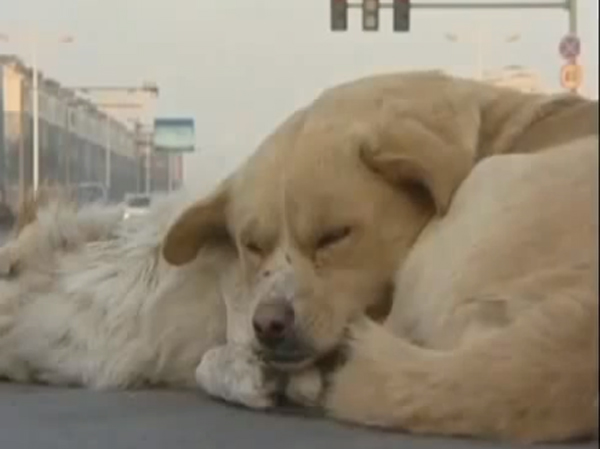 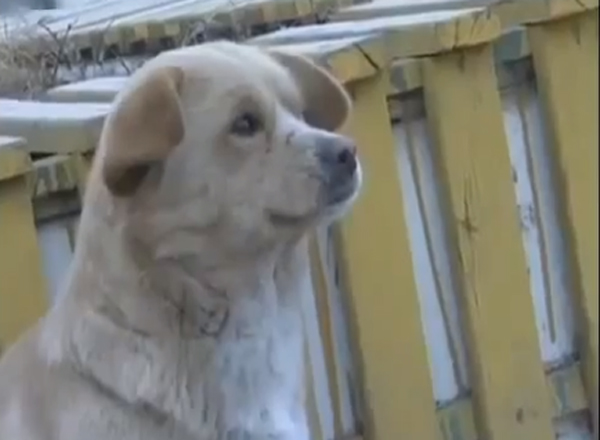 Why nobody acted in all those hours is beyond us — it’s outrageous, frankly, but treatment of dogs in places like China is not good — but finally a restaurant owner picked up the deceased dog and carried him to the side of the road, and his friend followed and continued his vigil. The man buried the dog in a park — though, to be sure, in the video it looks like a poor job.

His friend is last seen running off, though traffic.

Watch the video, but be warned that there is close-up footage of the deceased dog: