Next on The Scoop: 10 Holiday Gifts for Dogs and Owners Who Love the Outdoors

Four Years Later, a Veteran and His Dog Have a Heartwarming Reunion

When John Russo came back from Afghanistan, his ex had moved and his dog was gone. He and the dog had a warm reunion last week.

There may be a lesson about persistence in the story of John Russo and his American Bulldog, Bones, but there may be an even more important lesson about being careful whom you leave your dog with.

In 2009, when Russo joined the army and was deployed to Afghanistan, he asked an ex-girlfriend to take care of Bones while he was gone. When he came back, his ex had moved and Bones was gone. “We were broken up before I left, but she was taking care of her [Bones], so I thought,” Russo said to ABC News. “Then I got home and realized she had surrendered her.” 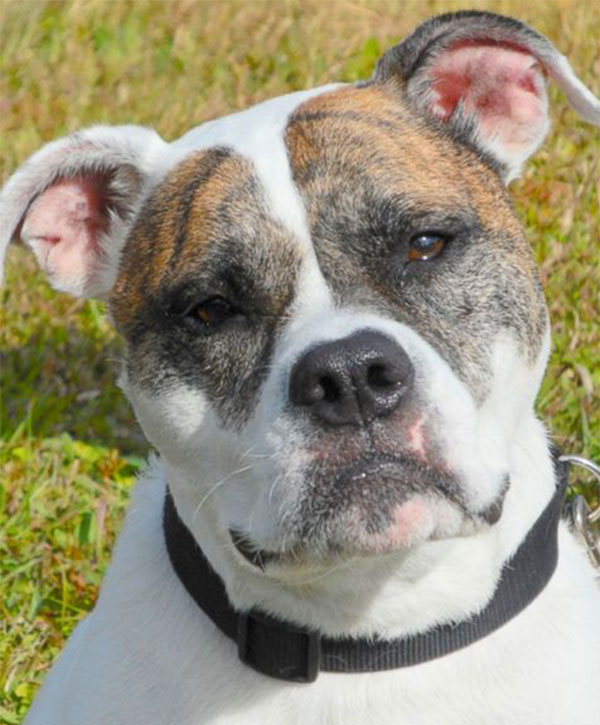 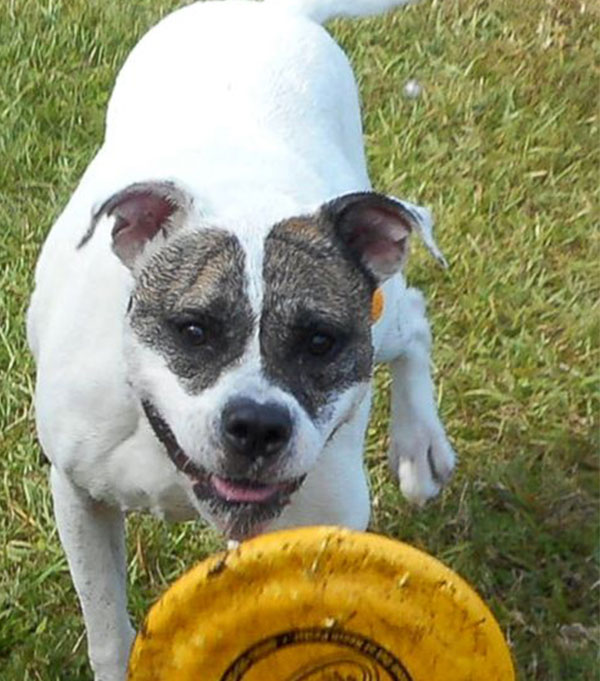 Russo’s ex actually only surrendered Bones at the insistence of a veterinarian. She brought the dog in to be euthanized, but the doctor wouldn’t do it. Instead, he made Russo’s ex leave Bones with him. From there, her new home became the Humane Society shelter in Flagler County, Florida.

It was only last week that Bones and Russo were reunited. Russo loves to browse shelter websites just to look at the animals, and one day he came across Bones. “I had a feeling that day, and I went on the website and there she was,” he said. He drove straight to the shelter and the two were reunited. 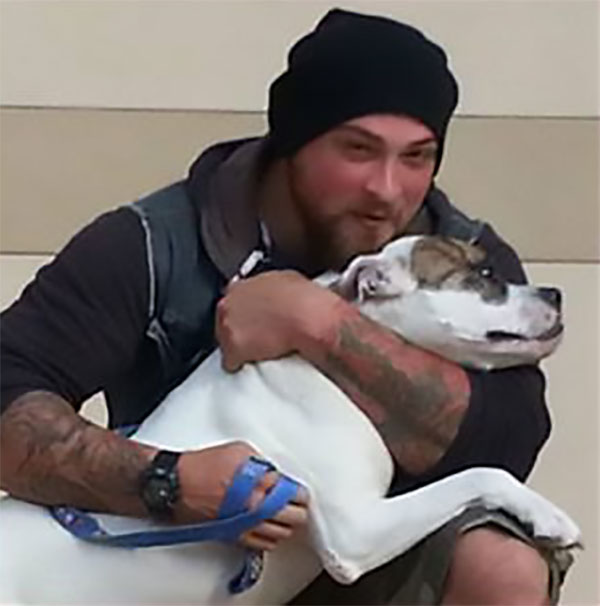 Katrina Geigley, who was working the front desk when Russo and Bones met again, said it was one of the most touching and satisfying moments she’d seen in her job. “It was very heartwarming,” she told ABC. “When they brought her out to see him, he just knelt to the floor, and we were all just bawling our eyes out. We’ve never seen this dog be so ecstatic to see someone. She ran and gave him this huge bear hug and was whining and jumping all around. If my job has ever been worth it, it was in that moment.” 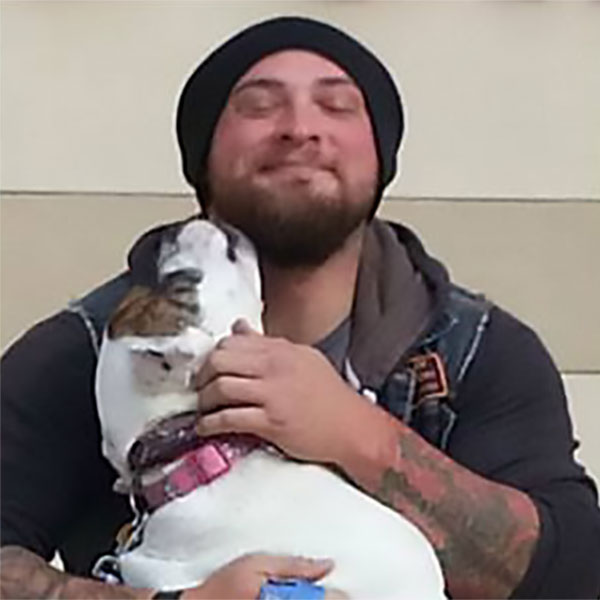 Even for those of us who weren’t there, the story is worth it. This, after all, is why animal shelters serve such an important purpose. Especially no-kill shelters, despite what groups like PETA think.

Now Russo is training to be a fireman, and every day he comes home to Bones, who seems to be enthusiastic about having him back. “It’s been insane,” he says. “I come home every day from work, and she somehow manages to get in my laundry basket and steal my shirts, and every time I come home, it’s like the first time she saw me again.” 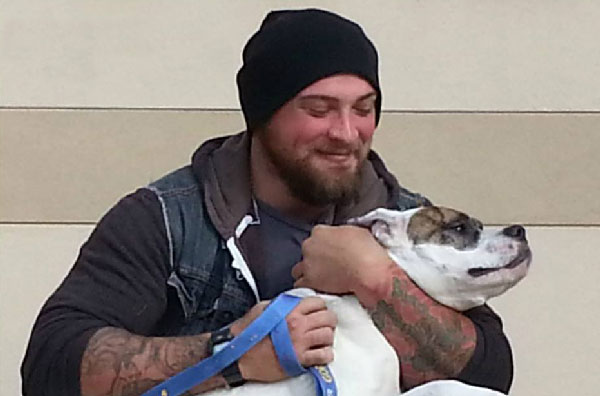 I don’t believe in happily ever afters. Usually, the secret to writing that kind of story is knowing when to end it. Like most veterans, John Russo probably has a lot more problems to deal with than his missing dog. Hopefully, though, having his companion back will make those problems that much easier to deal with.