Next on The Scoop: How Dogs Helped Us Through My Grandpa’s Final Days

His Dog Ate $500 in Cash, So the U.S. Treasury Reimbursed Him

“It all comes out in the end,” he said. “It was great to get the check after all the crap I went through.”

You might remember Wayne Klinkel, who we wrote about in April. Wayne Klinkel is a hero and a patriot. When Wayne Klinkel discovered five Benjamins missing from his car after he ate dinner at a restaurant one night, he cast a suspicious eye on his dog, a Golden Retriever who was sitting there on the car seat looking like he ate a mortgage payment. 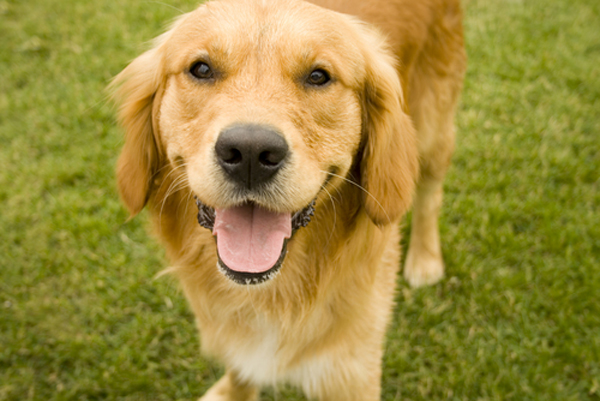 “Sundance is notorious for eating anything and everything, so right away I knew what happened,” Klinkel said at the time. “I thought ‘You dumb S.O.B.’ I couldn’t believe he did that.”

So Klinkel did what nobody would do — unless they were badass. He picked through his dog’s poop and began reassembling the bills. And then his daughter joined him. The Klinkel family: In it to win it. 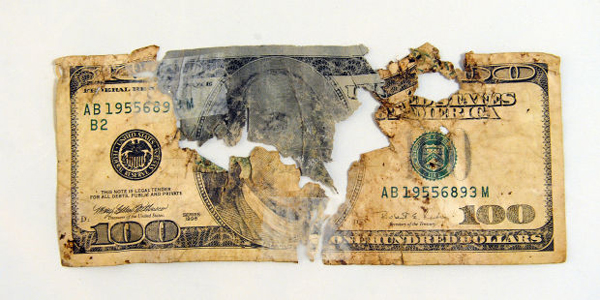 Klinkel then took the money to the bank, because of course.

“Eww,” the teller told him. “We can’t take these because we would have to give them to another customer.” 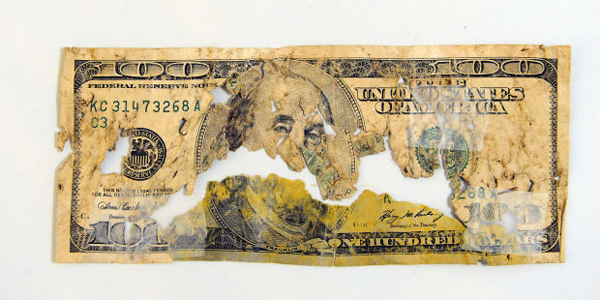 So he went to a larger bank, who scooted him back out the door. 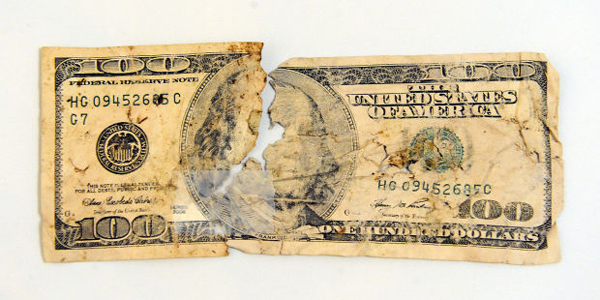 Then he went to the Federal Reserve, which accepted the money, politely said it would look into the matter, then cut all communications. 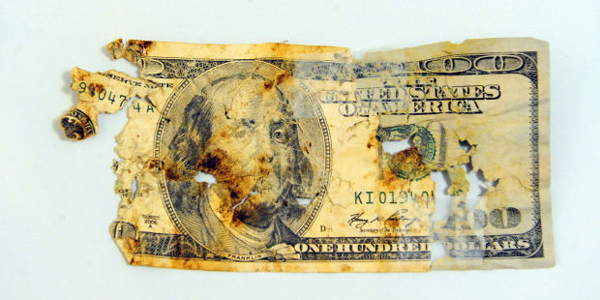 Five months later, the goverment finally responded. On Monday, Wayne Klinkel went to the mail box and saw a check. A green and gold one. Worth $500.

“I opened it and thought ‘holy s**t,’” he told the Independent Record. “I gave Sundance a pat, showed it to him and told him not to eat it.”

As for Sundance, he’s doing well, although he did lose sight in one eye after a vet had to remove a growth. Klinkel and Sundance deposited the check in the bank the day after they received it, removing whatever temptation it might pose to Sundance. A green and gold check does sound delicious.

“It all comes out in the end,” Klinkel mused. “It was great to get the check after all the crap I went through.” 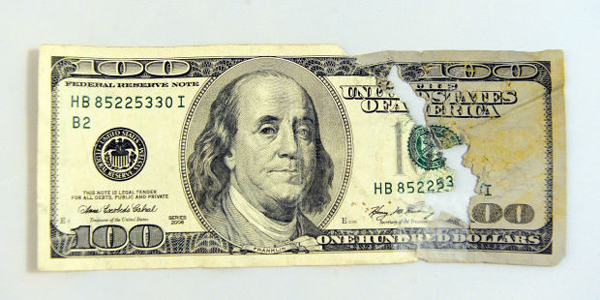 Via the Independent Record