Next on The Scoop: An Australian Rescue Places Working Dogs on Ranches and Farms

She had her hand on the door, Elvis by her side, when the driver bolted.

A few months ago, we told you how the California chapter of the National Federation of the Blind was suing ride-sharing service Uber for discriminating against passengers with service dogs. The suit cited a number of incidences. In one, California UberX driver put a blind woman’s service dog in the trunk without her knowledge. In another, a driver sped off after slowing to pick up a man and his service dog, shouting “No dogs!” All told, the National Federation of the Blind said it knew of more than 30 instances where blind passengers were denied service.

Now, we have another. A blind woman told NBC New York that a Uber driver refused to pick her up, leaving her and her service dog Elvis stranded on the street. It happened on Tuesday night in Darien, Connecticut, when Amy Dixon called the service for a ride. 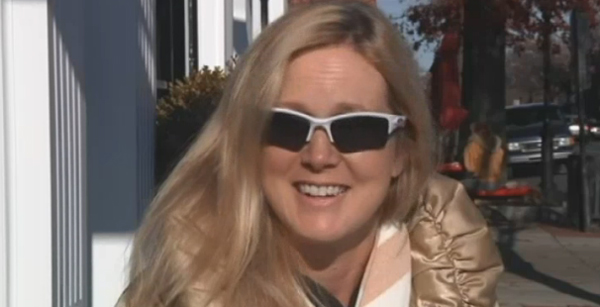 “I can see a little bit out of my right eye; I’ve got one percent left of my vision. So I’m standing there with my guide dog on the curb, and a car pulls up, and it’s him,” she told NBC New York.

“I couldn’t believe it. I was flabbergasted,” she said. “He took off, and I’m screaming at him, waving at him, waving my arms like crazy thinking maybe he made a mistake because I was hoping it wasn’t what I thought it was.”

Then, 10 seconds later, she received a message saying her ride was cancelled. 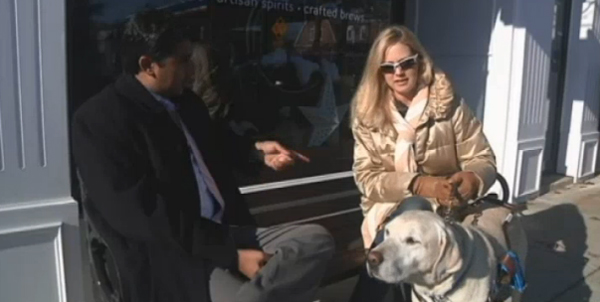 Dixon said she has relied on taxis and, more recently, Uber since losing her vision seven years ago.

“My dog is how I get from point A to point B, and a car is what enables us to get where we need to go,” she said.

To its credit, Uber fired the driver. The company said in a statement: “The Uber app is built to expand access to transportation options for all, including users with visual impairments and other disabilities. It is Uber’s policy that any driver partner that refuses to transport a service animal will be deactivated from the Uber platform, which has been done in this case.”

It’s a good policy. Are all of the company’s drivers aware of it? 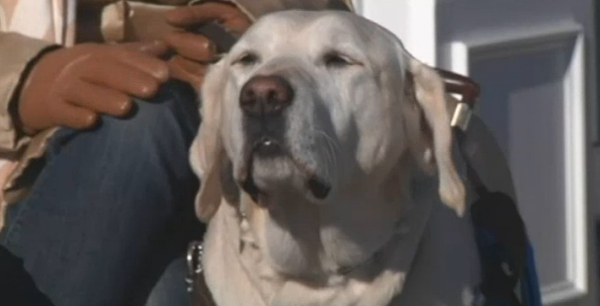 Dixon wasn’t stranded for long — she got right back on Uber and another driver picked her up with no issues. Still, it burns her.

“It breaks my heart that people aren’t educated on the ADA law,” she told NBC New York.