Next on The Scoop: Miley Cyrus Remembers Her Dog Floyd at Crazy Art Basel Show in Miami

Art director Greg Coffin and his wife Amanda made this wonderful time-lapse of their Rhodesian Ridgeback growing from a puppy to an adult.

Dogs mature and grow faster than human children, but still so gradually that it’s easy not to notice. One day, they’re staggering around, really interested in everything and struggling with the concept that there are places where you should and should not poop. The next, they’re big, burly adults who have been your companion for years and you realize you didn’t quite catch the intermediate stages. 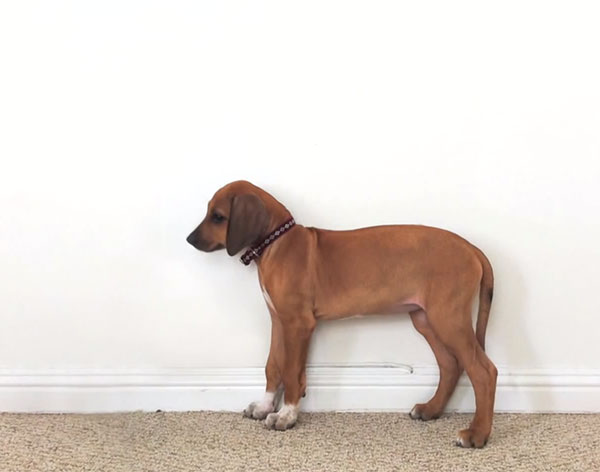 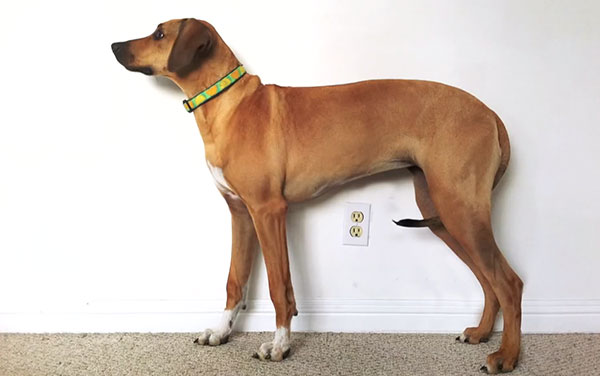 Greg Coffin, an art director from San Francisco, made sure he caught the intermediate stages in the life of Sophia, his Rhodesian Ridgeback. From the age of two months to three years, Coffin and his wife Amanda stood Sophia up against the wall of their house every weekend and photographed her. The result, years later, is a time-lapsed video showing that progress in less than two minutes. 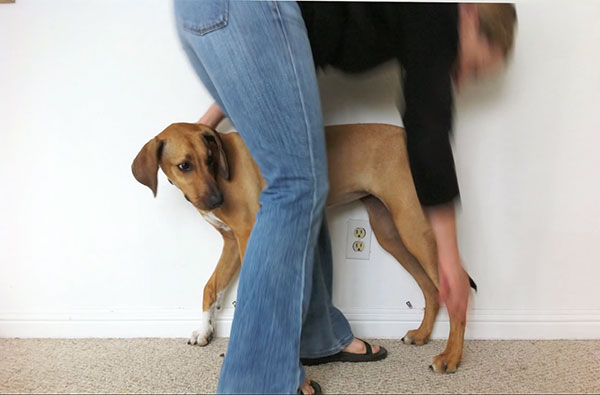 The most obvious changes in Sophia, of course, happen between puppyhood and dog adolescence. In the first third or half of the video, she just shoots up in height and bulk. After that, the changes feel more subtle: You see them taking place more in her poise and expressions than in her body shape. Her choice of collars does change back and forth, though. 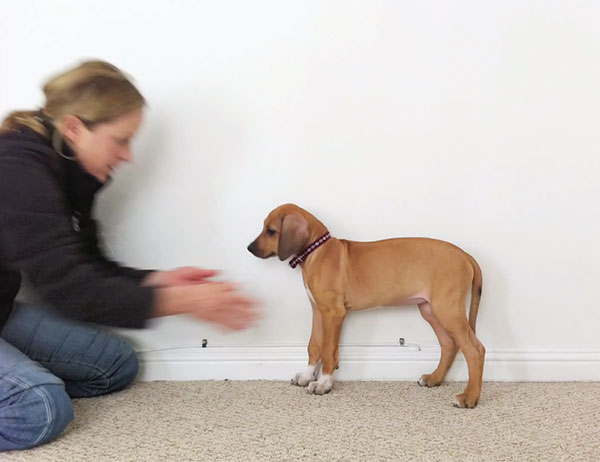 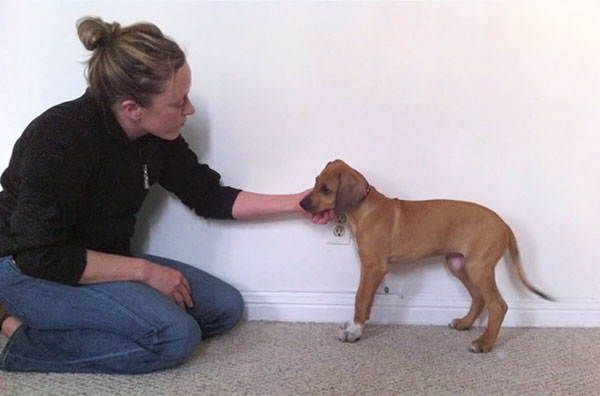 If you’re like me, one of the most impressive things about the video is that they were able to get the dog to stand patiently against the wall, in practically the same position, every week. It’s especially impressive in those early squirmy years. But the end of the video shows that Sophia wasn’t always so patient or cooperative. In a series of outtakes, Amanda is shown trying to get Sophie into position, and not always having immediate success.

Take a look at the video. It’s sweet, and words don’t quite capture that.