Next on The Scoop: How We Help Our Vizsla With Her Severe Separation Anxiety
Pix We Love

The cartoonist, aka Matthew Inman, has a way with dogs -- and middle-aged men.

The Oatmeal is cartoonist Matthew Inman, who runs a very successful comics site of the same name. Dogs and cats often show up in his work; his fourth book, My Dog: The Paradox: A Lovable Discourse About Man’s Best Friend, came after How to Tell If Your Cat Is Plotting to Kill You, which followed 5 Very Good Reasons to Punch A Dolphin In the Mouth (And Other Useful Guides). He was also behind the insane Exploding Kittens events of early 2015, which tore Kickstarter limb from limb with a campaign centered around nothing more than a card game — it racked up nearly nine million dollars after setting a goal of just $10,000. (The card game had exploding kittens, which explains everything.)

Inman is right up our Dogster and Catster alley, in short, save for the dolphin stuff.

Recently he released some comics that make us like him even more. It’s a series called “If My Dogs Were a Pair of Middle-Aged Men.” It’s very good. The Oatmeal puts middle-aged men in situations where you usually find dogs — say, for instance, when the food bowls come down and everyone present scarfs down the meal with just the most horribly disgusting table manners, like these: 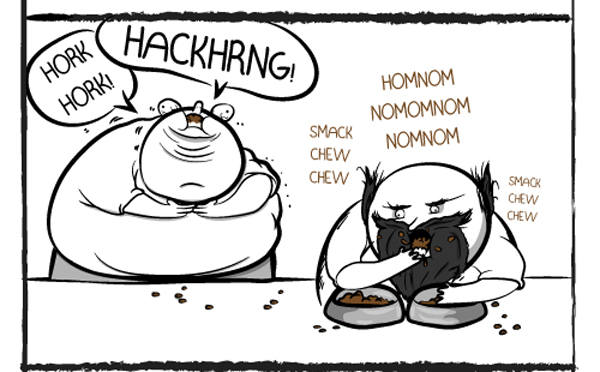 Here are the rest of the comics in the series. You’ll love them.

The one about leaving the house:

The one about pooping:

The one about the postal carrier:

The one about medical care:

The one about sleeping: 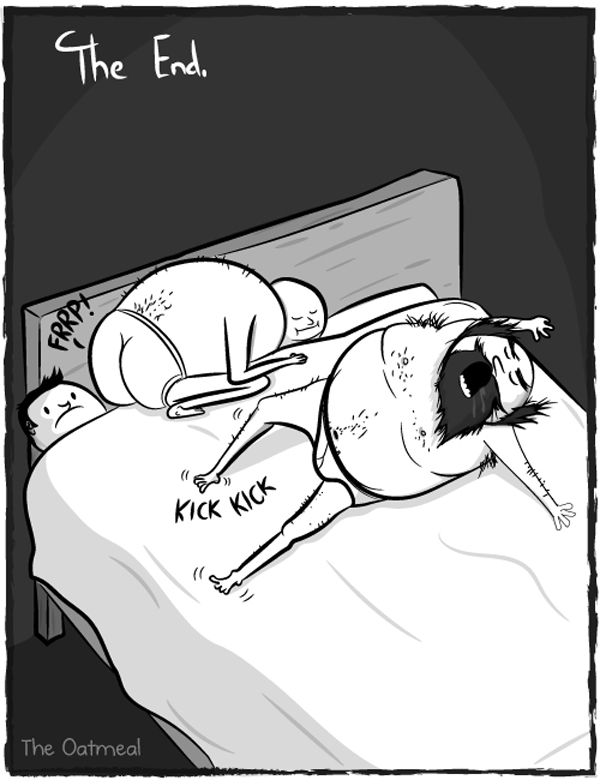 Posted in Pix We Love, Humor, Dogs in Art, Humor,