Next on The Scoop: Nepal’s Kukur Tihar Festival Is Diwali for Dogs

Until Cameras Go Into the Supreme Court, John Oliver Wants Us to Use These Dogs

Do Supreme Court decisions get more interesting when they're delivered by dogs? John Oliver thinks so.

Thanks to comedian John Oliver, we may just have a new dog meme on our hands. It wasn’t as though the Internet was lacking in cute dog pictures and videos before, but Oliver and his crew at Last Week Tonight have pushed it to the next level.

As Oliver points out in the video below, even though Supreme Court decisions are vitally important to everyone in the United States (and often outside as well), the workings of the Court itself make for very bad television. This isn’t just because the cases and arguments presented to the justices are obscure and arcane to the layperson. They are, but the main reason is that video cameras are not allowed in the Court during oral arguments. The court does make audio recordings, so television coverage usually combines the audio with courtroom illustrations, like so: 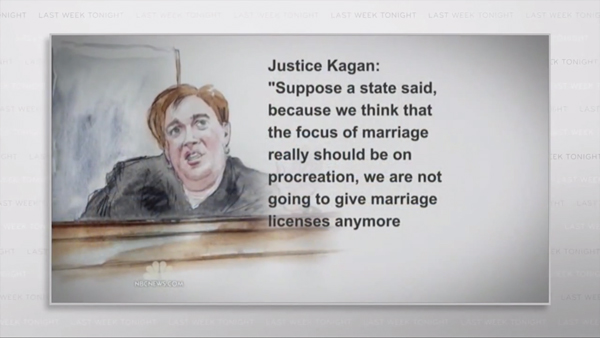 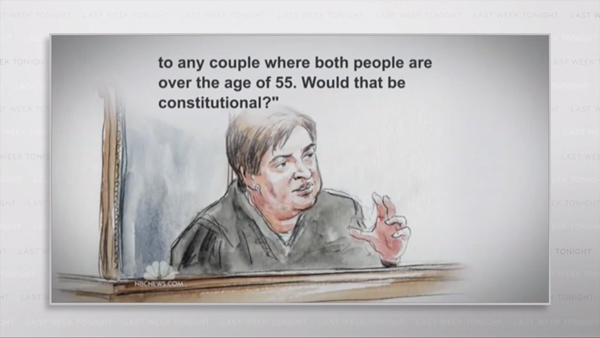 Certainly in the 21st century, we can do better than this, right? Of course we can. The solution, as in all dilemmas like this, is to add cute dogs. “This week,” Oliver says, “we spent an incredible amount of time and an almost immoral amount of resources to produce an entire Supreme Court featuring real animals with fake paws.”

The effort was well spent. They really did get some cute dogs, and even more amazingly, most of them actually look like the justices that they’re standing in for. Check out the Chihuahua who’s taking the bench in place of Ruth Bader Ginsburg (aka The Notorious RBG): 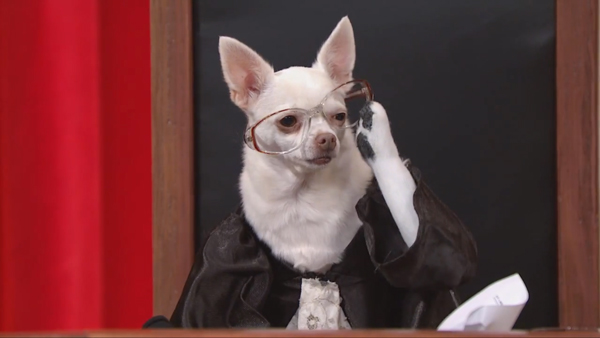 Already, this technique has gotten the thumbs up from one serious journalist. On MSNBC last night, Rachel Maddow told her audience, “I am not allowed to speak for the news division here. Part of the reason why is because if I were in charge of the news division here, I would totally do this. I would totally use dogs with fake paws to reenact Supreme Court oral arguments.” 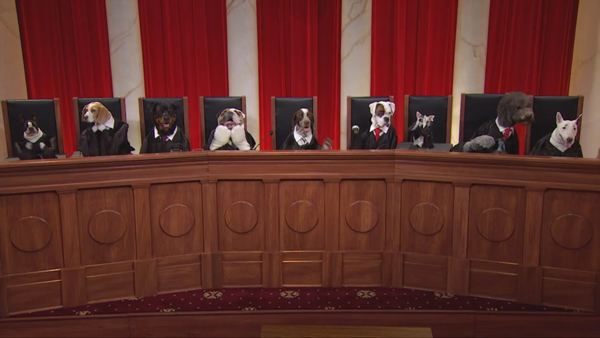 And really, who wouldn’t? The good news is that we now have the opportunity to do so. The Last Week Tonight staff didn’t just put together a bunch of Supreme Court dogs for a quick skit; they’ve put 10 minutes of raw footage online with the command to all Internet video geeks: Go, and make your own versions. The footage includes not only dog justices, but dog lawyers, a chicken taking notation, and a duck legal assistant. 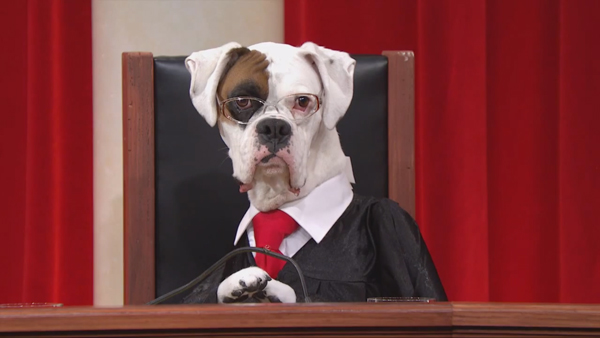 Oliver seems pretty serious about people making use of their hard work. “If there are not full reenactments of every major court case from the last four years online by next Sunday, you will never see us here again.”

That sounds serious, so we should all get to work. Audio recordings of the Supreme Court arguments can be found here. In the short time that Oliver’s show has been on, it’s turned out to be not just funny, but more informative than a lot of straight news shows. It would be a shame if he turned his back on us because there weren’t enough dogs judging the law.

If you’re one of the video geeks who’s dying to sink your teeth into this kind of project, be sure to post your video in the comments below. We’re dying to see what people do with this.