Next on The Scoop: Man Shoots and Kills Dog at Houston-Area Dog Park

K9s to Sniff Out Trouble at Super Bowl XLIX

ATF has deployed to Arizona canines trained to discover explosives. Learn more about these impressive pups!

While the Patriots and Seahawks are preparing for the epic battle that will be Super Bowl XLIX, Feb. 1 in Glendale, Ariz., another team is working to ensure the game will be a safe one: The Bureau of Alcohol, Tobacco, and Firearms has deployed its elite crew of Explosive Detection K9 teams to the city. They will be used at University of Phoenix Stadium, as well as at surrounding Super Bowl venues and at the Waste Management Golf Tournament. 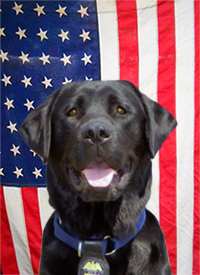 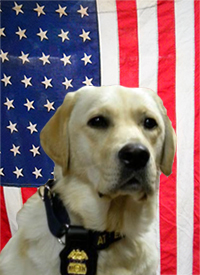 Besides this and previous Super Bowls, the K9s have been used at Republican and Democratic National Conventions, the Presidential Inauguration, the G-8, the World Series, NASCAR events, and the Olympics.

“Risks from explosives incidents have become more familiar in today’s society,” said Phoenix ATF Special Agent in Charge Thomas G. Atteberry in a press release. “ATF has brought in additional resources in support of security efforts for the Super Bowl. The ATF canines are just one of the many tools law enforcement has in place to assure public safety.”

These specialized and highly trained dogs can detect up to 19,000 explosive combinations, and their mobility and access to smaller spaces greatly enhances overall detection efforts. Handler-canine teams will conduct security sweeps to locate any type of explosive, firearm, or ammunition that may be in close proximity to the stadium or other venues relating to the big game.

The K9 program, which began in 1986, uses only Labrador Retrievers. The dogs, which are supplied to the ATF by Guiding Eyes for the Blind, Guide Dog Foundation for the Blind, and Canine Companions for Independence, undergo a 10-week training program at the National Canine Training and Operations Center in Fort Royal, Va.

This year, the ATF will also deploy four off-leash dogs from its 13-week Search Enhanced Evidence (S.E.E.K.) class held last February. This allows the K9s to work independently at a greater distance, which can be invaluable in a variety of circumstances, including the recovery of firearms, explosives, and post-blast evidence.

“ATF’s explosives detection K9 program is recognized as one of the best in the world,” said ATF director B. Todd Jones in a press release. “These dogs help protect people from the tragic explosives events that devastate lives, and they work side-by-side with our special agents to find crime guns and spent shell casings at crime scenes nationwide. Their efforts solve investigations and aid in keeping our communities safer.”

Read more about dogs and the Super Bowl:

Posted in Dogs with Jobs, In the News,