Next on The Scoop: Why Is It So Hard for My Puppy to Follow My Pointing Finger?

Ever “Caught” a Yawn from Someone? Your Dog Has, Too

In fact, dogs are more likely to catch them from their owners than strangers, a new study says.

This should make you feel good, and a little tired: Researchers in Japan have discovered that dogs catch contagious yawns, just like humans, but they’re more sensitive to the yawns of their owners than from strangers.

Contagious yawns are a measure of emotional connection and empathy. Your dog loves you so much he is willing to yawn for you.

“Our study suggests that contagious yawning in dogs is emotionally connected in a way similar to humans,” said Teresa Romero, who conducted the study with colleagues from the University of Tokyo. “Although our study cannot determine the exact underlying mechanism operative in dogs, the subjects’ physiological measures taken during the study allowed us to counter the alternative hypothesis of yawning as a distress response.” 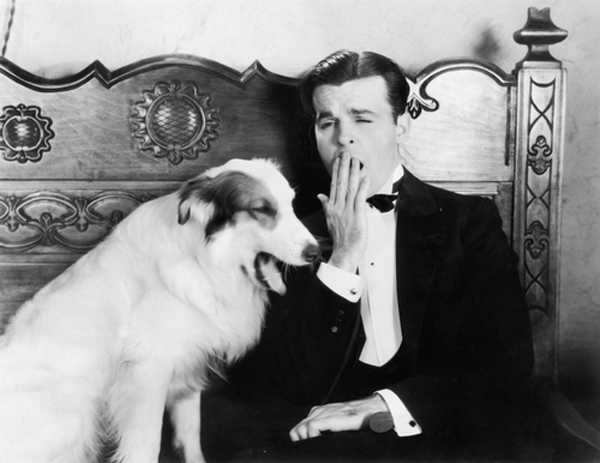 Romero conducted the study in the most adorable way, with 25 dogs and their owners. An owner and her dog were put into a room. The owner was told to yawn. Researchers had their pencils ready. They watched the dog and waited. Yawwwwn. When owners were replaced by strangers, the dogs looked at the researchers like, “What?”

They also hooked up monitors to check the dogs’ heart rates, to make sure the yawns weren’t in response to stress. Nope: These were true contagious yawns.

It was also very cozy in there. “We tried to create a comfortable atmosphere in doing the experiment, and sometimes it was so comfortable for them that they fell asleep,” Romero said, according to U.S. News and World Report.

The researchers covered breed breakdown as well. A male Siberian Husky and a female German Shepherd mix yawned the most — five and six times. An 11-year-old Miniature Poodle yawned only twice. Fourteen others couldn’t be bothered.

Interestingly, a Lab, a Maltese, a Chihuahua were among the few who fell for the fake yawns. You have to feel bad for these dogs. 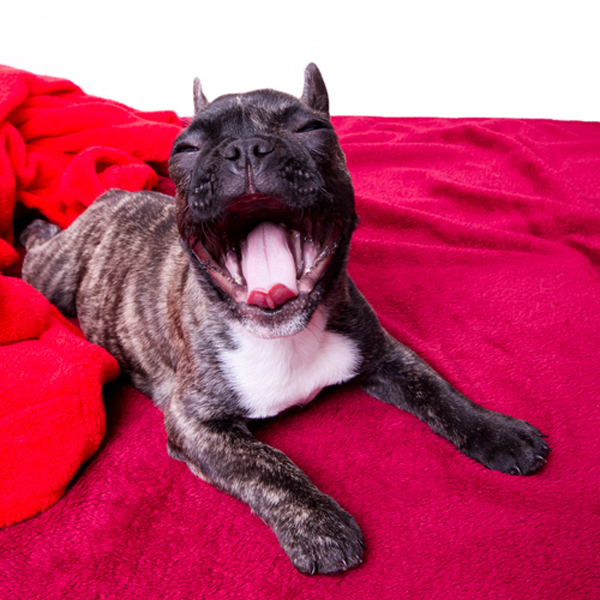 Contagious yawning affects 45 percent to 60 percent of adults. It’s “associated with activations in neural networks responsible for empathy and social skills,” according to the study, meaning that it’s a sign of the ability to empathize and bond with others.

Contagious yawning, however, does not affect all the animals we bond with — especially the greatest yawners of all, the cats.

“I think it would be very hard to study contagious yawning between humans and cats,” Romero said. “They don’t pay very much attention to us.”

Via the Los Angeles Times