Next on The Scoop: Meet Duncan Lou, A Boxer Who Thrives with Only Front Legs

From “Genetic Trash” to Happy Homes: 10 Dogs from Sochi Arrive in Washington, D.C.

Humane Society International brought the dogs from the Russian site of the Winter Olympics.

Ten dogs have just finished a long trip to a new home. Thanks to Humane Society International, the dogs have been brought from Sochi, Russia, to Washington, D.C., where they’re going to be offered up for adoption.

“These 10 are representative of some of the dogs that have been removed from the streets and are now up for adoption in Sochi,” said Kelly O’Meara, from HSI. “They’re the sweetest, most interactive, very friendly dogs, very adoptable that just happen to be unfortunate enough to be living on the street.”

Humane Society International coordinated its efforts with Povodog, the dog shelter that was established just before the Winter Olympics by Russian billionaire Oleg V. Deripaska. 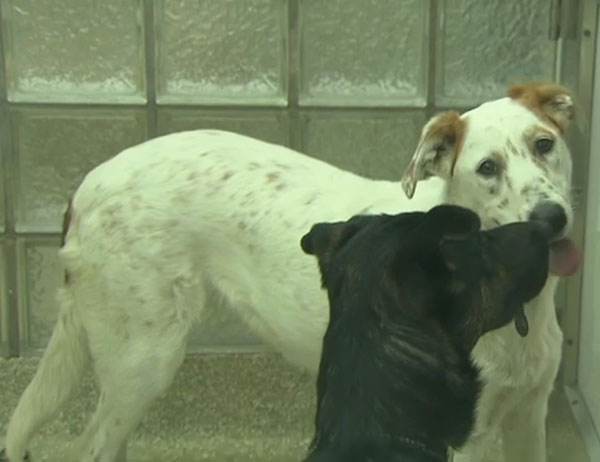 A lot of things went wrong for the Russian government during this year’s Olympic Games. The explosion of bad publicity that came from the revelation that the city of Sochi had targeted stray dogs for extermination was only one of them. When the city’s contractor declared that the dogs were just “genetic trash,” it was like dumping kerosene on the fire.

From that point on, the Sochi Winter Olympics were pretty much synonymous with dog-killing, in addition to homophobia, corruption, and abusive police tactics. The fact that people like Amanda Bird and skiier Gus Kenworthy became media darlings for rescuing dogs and taking them back to the United States only made it that much more embarrassing to Russia. 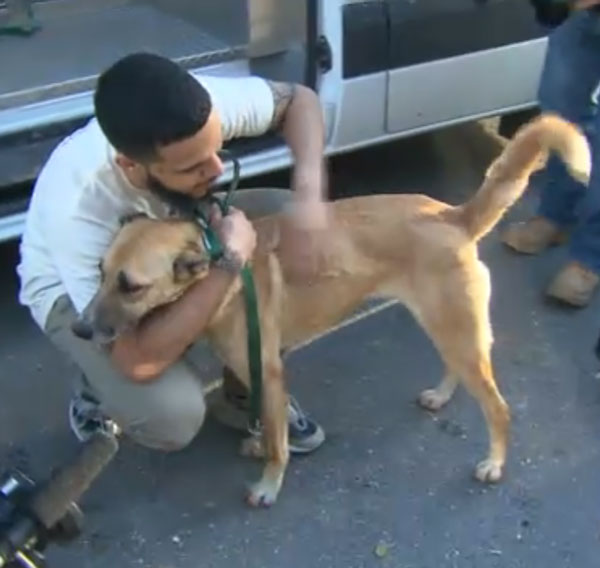 The 10 dogs who arrived in Washington this week are only a handful of the total number that were homeless in Sochi. Thanks to the relocation of Russian families during the preparation for the Winter Olympics, there were estimated to be more than 2,000 stray dogs and cats wandering the streets of Sochi before the games. 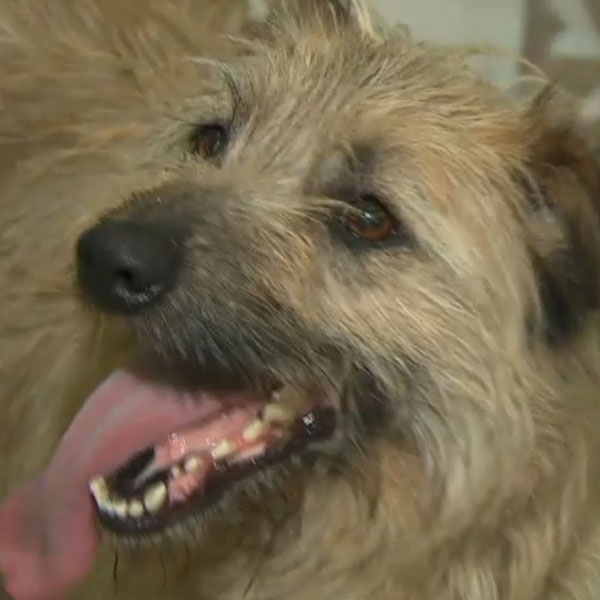 Although individuals like Bird and Kenworthy have brought dogs back to keep themselves, these dogs are the first to come to America and be made available for open adoption. Humane Society International says it plans for more to follow.

After two days in transit, the dogs are adapting to their new surroundings.

“These dogs have had a tremendous journey. It’s been almost two days of travel for them. They went from Sochi to Moscow, had a long layover in Moscow, and then the flight to Dulles airport today,” O’Meara said. “And as you can tell, they have to be pretty chill to handle it like this. And they did. They all did remarkably well.” 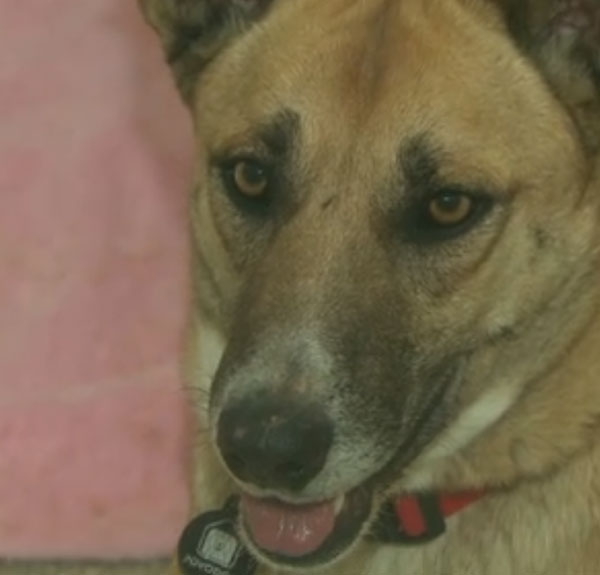 The Sochi dogs were vaccinated in Russia, but still have to undergo medical evaluations here, a process that should take about two weeks. Until then, they’re staying at the facilities of the Washington Animal Rescue League. Bob Ramin, CEO of the league, said “In the next couple of days, we’ll start socializing them, taking them out on walks with other dogs, and really just treating them like other dogs so they can have that socialization and feel safe.”

In a way, bringing the dogs from Sochi sounds a little bit like coals to Newcastle: American shelters are already filled with dogs who desperately need to be rehomed, and many of them never will be. And there are Russians who have gone to extraordinary lengths to save the dogs in their own country. But still, we have to congratulate the HSI on its efforts. We wish these dogs good luck in their new homes.