Next on The Scoop: Watch This Dog Fall Asleep With a Pacifier in Her Mouth

100 Miles From Home, a Stolen Dog Flags Down RSPCA for a Ride

The Yorkie named Alfie ran into the road, barking, and stopped a van from the Royal Society for Prevention of Cruelty to Animals.

A dog who had been missing since late March is home now, thanks to having the good sense to flag down a van from the Royal Society for Prevention of Cruelty to Animals.

Alfie, a seven-year-old Yorkshire Terrier, was stolen from his home along with another Terrier, Lillie, during a burglary in March. Unfortunately, Lillie is still missing. Last week, RSPCA inspector Stephanie Law was driving her van down an abandoned road in Gerrards Cross, Buckinghamshire, England, almost 100 miles from Alfie’s home, when the little dog ran in front of the van and barked at her to stop.

“He ran right in front of the van, barking, and as soon as I stopped and opened the door, he just bounded in and jumped onto the seat –- and looked at me,” she said. “It was as if he recognized my uniform and knew I was there to rescue him. We can only assume he had been dumped in the woods and came running out when he heard me drive along.” 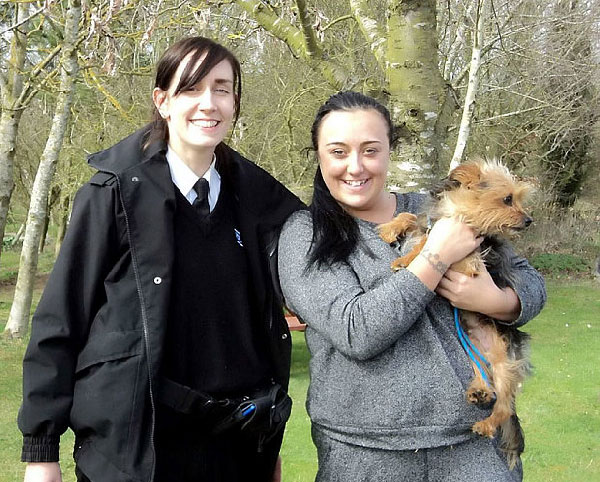 While it may be unusual for a dog to flag down an animal-welfare organization for a ride, the final step in Alfie’s homecoming was one we hear over and over again: The RSPCA was able to contact his owner, Kirsty Mitton, immediately because he had a microchip.

Returning Lillie, who is still missing, might not be so easy if she shows up. Unlike Alfie, she hasn’t been chipped. But for now, Mitton is delighted to have Alfie home. “We are over the moon to have Alfie back,” she said. “We didn’t think we would see him again, but so sad that Lillie is still missing. I just jumped straight in the car to drive the 112 miles as soon as I heard he was safe.” 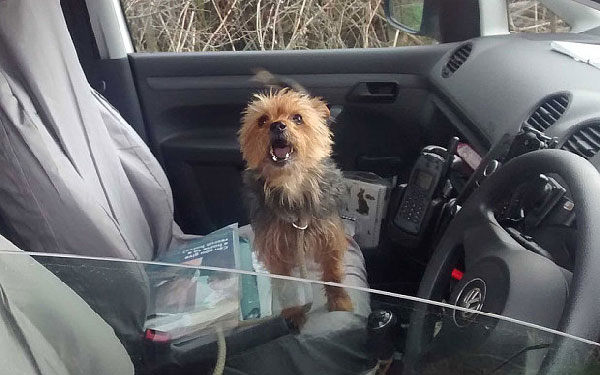 Our congratulations to all involved for a happy ending — or at least mostly. Lillie is still out there, and we hope that the good luck that Mitton and Alfie have had so far holds out just long enough to bring her home as well.

One comment on “100 Miles From Home, a Stolen Dog Flags Down RSPCA for a Ride”