Next on The Scoop: Hunter, a Dog Abandoned in a Lakebed, Learns to Love Again

Some Nerve! A Stolen Dog Is Offered Up for Adoption — Back to Her Original Owners

“I want people to know if they steal a dog, people will keep looking and you’ll get caught,” one says.

A couple in Arizona was heartbroken at the loss of their dog, Lexi, in May. Kenny Erickson and his girlfriend, Ashley Preston, distributed hundreds of flyers around Florence and neighboring cities hoping to recover their loveable blue nose Pit Bull.

According to a story in the Florence Blade Reminder Tribune, the 30-pound dog was stolen from its yard. Preston found a tuft of Lexi’s hair stuck in the fence, and it appeared that the dog had been grabbed by the collar and pulled over the fence. 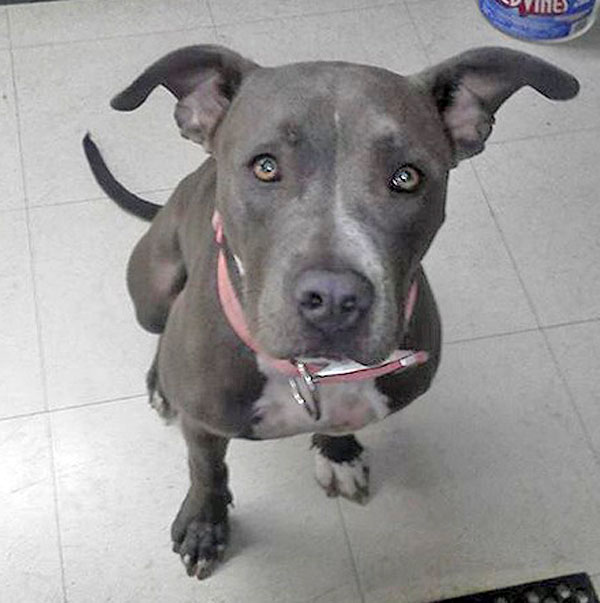 In July, Erickson and Preston received a tip that a woman was seeking a home for a dog that matched Lexi’s description. When they entered her house, Lexi happily bounded toward them. The 79-year-old woman remarked that Lexi seemed to “take to them quite well.”

The couple didn’t let on that Lexi was their dog, although afterward, they admitted to the Florence Blade Reminder Tribune reporter that it took every bit of self-control not to grab her and run. The woman admitted that the dog was stolen and explained that she needed to double-check with her incarcerated nephew first before she could give the dog to the couple. 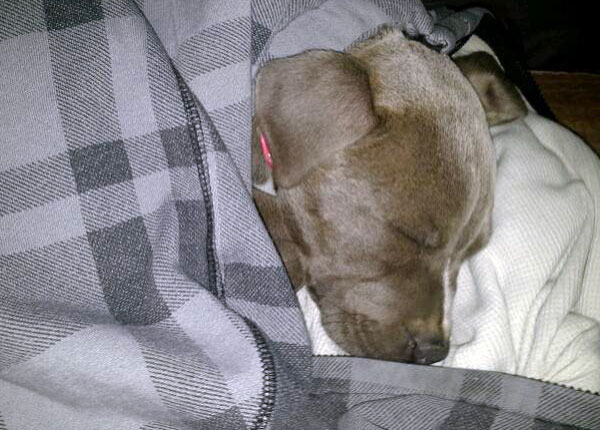 Erickson and Preston immediately notified law enforcement, and Janice Wolfe was cited for possession of stolen property. Erickson said he intended to pursue charges against the thieves.

“I want people to know if they steal a dog, people will keep looking and you’ll get caught,” he said.

Unfortunately, dog thefts are on the rise. According to the American Kennel Club, reports of stolen dogs rose 49 percent in 2011.

“We are getting reports almost daily of pets stolen during home invasions, out of parked cars while people are running errands and even snatched from dog lovers out for a walk in the park,” said AKC spokesperson Lisa Peterson. 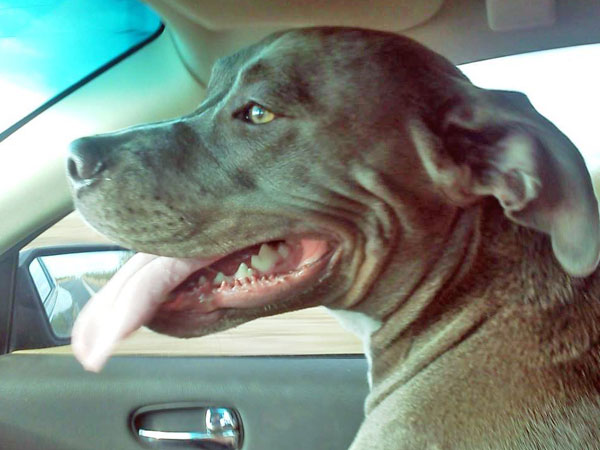 The story has a happy ending, and Lexi was reunited with her family. The couple admits they’ve had to retrain her somewhat to get back to her good behavior before she was stolen.

“The good thing is that they’re smart dogs and like to please their owners,” Preston said.

Via the Florence Reminder Blade Tribune