Next on The Scoop: Sorry, But Dottie Doxie Is a Bigger Fashion Maven Than You

Pro Tip: Spray Painting the Dog Is Not an OK Way to Diss Your Neighbor

There's a better way to tell your neighbor that his Husky keeps getting out of his backyard, but someone in New Hampshire does it anyway.

Jay Filter’s Husky, Balto, usually has a coat that’s a nice blend of black, white, and gray. In other words, he looks pretty much like other Huskies. But several times lately, Balto has returned home with a more colorful look, and Filter wants to know who’s responsible.

Balto is supposed to stay in the backyard of his home in Weare, New Hampshire, but he favors roaming broader vistas and has escaped several times. The last couple of times, he’s come back with his coat spray-painted by some unknown person. 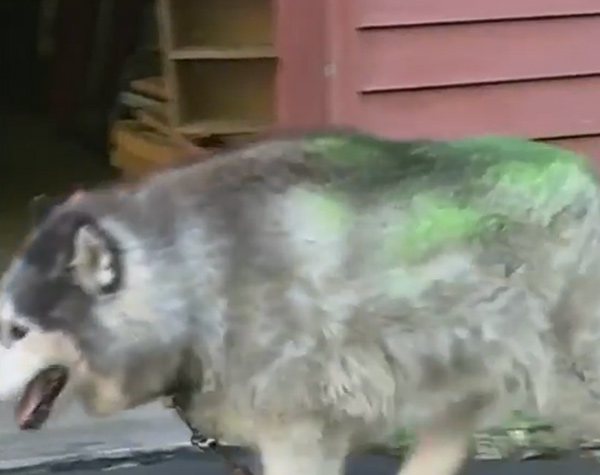 Earlier this spring, Balto came back with a little bit of his tail painted pink. A couple of weeks later, he got out of the yard again and returned with more pink paint on his back. It was annoying, but Filter didn’t take any action until last week.

“Just last Thursday, he came back, and his whole body was spray-painted green in this oil-based paint,” Filter told television station WMUR.

That was too much, and so he called the police. 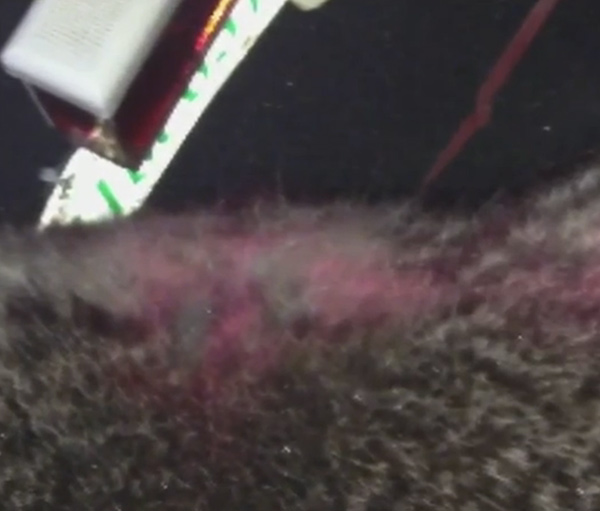 “I just don’t want anybody doing it to the dog anymore,” he said. “If they have a problem with me or my dog being loose, call the authorities, call me, call animal patrol. It’s not something you do to a poor dog.”

Other than the anonymous art project, Filter says he hasn’t gotten any direct complaints about Balto or his behavior. One of the neighbors, Christine Lover, described Balto as very calm and well-behaved.

“He doesn’t do anything destructive to anybody or anybody’s property,” she says. “My three dogs will run out there and just go after him and (yip at him), and he just sits there calm as a cucumber.” 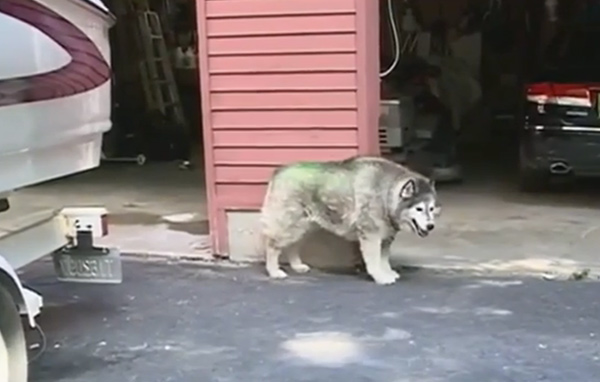 Painting a dog doesn’t really seem like an efficient way to send a message, especially when you’re not even bothering to paint images or words. Maybe there’s some secret color-coding system that we haven’t yet learned? What seems clear is that someone doesn’t like Balto wandering around the neighborhood, but they can’t be bothered to speak up clearly. As Sam Goldwyn once said, “If you want to send a message, use Western Union.” He was talking about movies instead of dogs, and nowadays we have the Internet and cell phones, but the principle still applies.

If the anonymous dog painter is found, police say that the person could face animal cruelty charges. The paint jobs aren’t merely obnoxious; they could be genuine health threats to Balto, especially if they happened during warm weather.

“Huskies have three coats of fur on them, and that helps them out with their body temperature, so if you start coating that with something, it becomes a problem,” Filter said. “If it was in the summer, it probably seriously would be a problem.”