Next on The Scoop: Love Whippets? Like Getting Presents in the Mail? Enter Our Not Another Bill Giveaway

So, Apparently Some Dogs Excel at Calculus

The simple game of throwing a ball into a lake can tell you whether your dog is a rock or an Einstein when it comes to high math.

A Minnesota math professor announced this week at Winona State University that his his dog knows calculus. The professor is among several other math brains who have noted this propensity in dogs.

I never had the pleasure (cough) of taking calculus, but I do know that a standard calculus challenge is to find the quickest route from Point A to Point B. Elvis, the dog of Prof. Timothy Pennings, can do this without a calculator, without pencil and paper, and it appears, even without thinking too much. 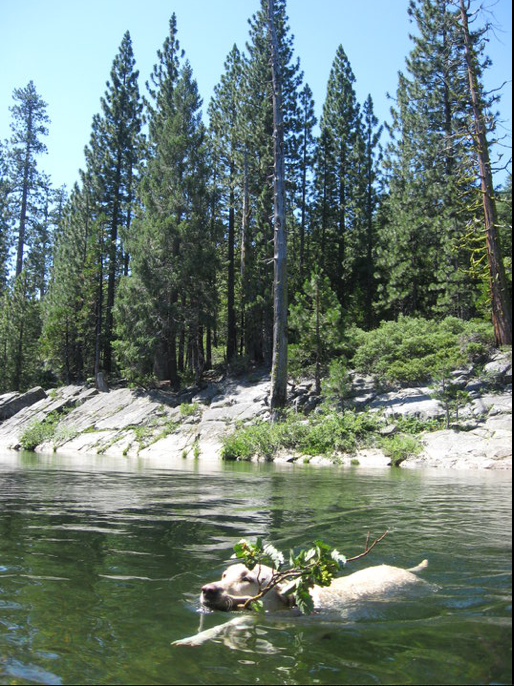 Pennings discovered his dog’s skills while throwing a ball for him at a lake. (Minnesota is the Land o’ Lakes, as you may recall, so they have many opportunities.) Amazingly, the dog always entered the water at the best point for getting the ball, he says.

“The shortest distance would be for him to just swim straight there — does it make sense? But since he runs faster than he swims, he knows he’ll get there faster if he runs along the beach and then goes in at an angle a little bit later on, and that’s what he does,” said Pennings. “And when I did all the math calculations to figure out exactly where he should jump into the water in order to get there in the shortest time, it turns out he jumps into the water within about a foot of the optimal point each time.”

You can’t see me, but I’m beaming with pride, because this is exactly what Jake does. I will throw a ball into a small lake in Golden Gate Park, for instance, and Jake will not swim at the point where I throw it. He’ll stop, look, do some quick calculating, and run to a spot that seems like it’s the shortest swim to the ball. Another dog he plays with always runs right in wherever the ball goes in the water. Jake is my Einstein, just without the fancy white ‘do or the accent.

Does your dog exhibit this cunning at calculus? Do tell!