Next on The Scoop: Tuna, the Chiweenie With an Overbite, Has a Book Out!

Vid We Love: Watch Sintha the Dog Ski in the Swiss Alps

This lucky dog reminds us that snow can be a wonderful thing.

It’s been a long, trying winter for certain areas of the country, and there haven’t been many bright spots. Yeah, one of our writers created a path-to-poop for his dog and wrote a nice long story about it, but lost in all the record snowfall is the realization that, among people who are not currently shoveling it or driving in it, snow is great.

Here’s our reminder. It took a man and a dog and the Swiss Alps to do it, but we’re back on the side of snow. The dog’s name is Sintha. She has one of those lives that are the envy of both dogs and humans. 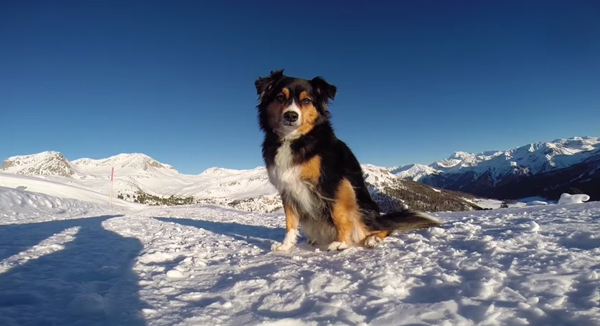 Why? Because Sintha skies with her human, and then gets to run like a rocket down the slopes. And it doesn’t hurt that those slopes are the Swiss Alps. 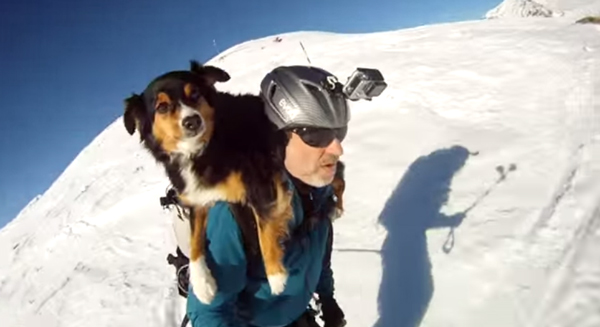 “Our dog Sintha loves skiing,” writes her human, Adrian Schaffner. “Mostly sitting on my back and enjoying the ride. Sometimes she jumps down and runs through the snow to be a real backcountry powder doggy.”

Look at at this backcountry powder doggy: 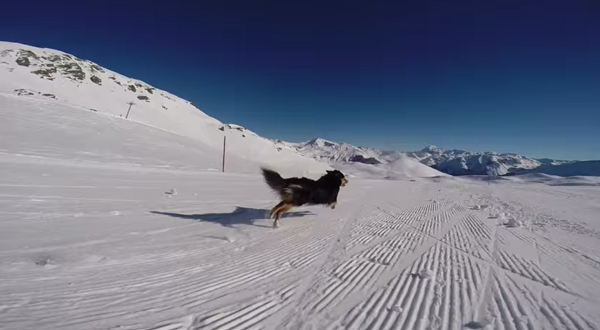 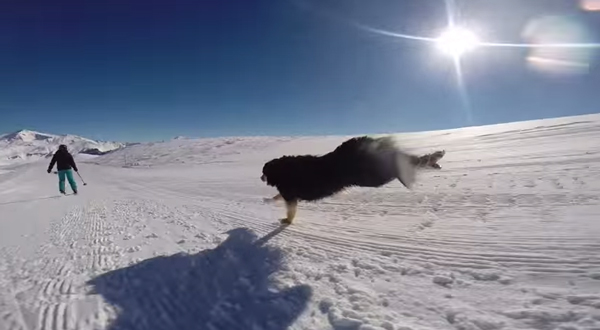 You might be wondering — how do you get a dog to just sit on your shoulders like that? Well, Sintha learned that at a young age, when Adrian adopted the pup after she had an accident, as he writes on YouTube:

She grew up on a farm in the mountains pretty wild and more or less without any supervision. And she had severe problems with walking because of an accident with a biker when she was about 5 weeks old. She almost died. When we adopted her at the age of about 13 weeks, we had to carry her around. So she was used to it from the beginning. After some months her injuries completely healed — but we kept trying to prevent long walks in her first year — the doctor advised so. That time I started to carry her on my back. That’s why she is so comfortable with it.

Cheers to Adrian and Sintha for reminding us that snow ain’t all bad. 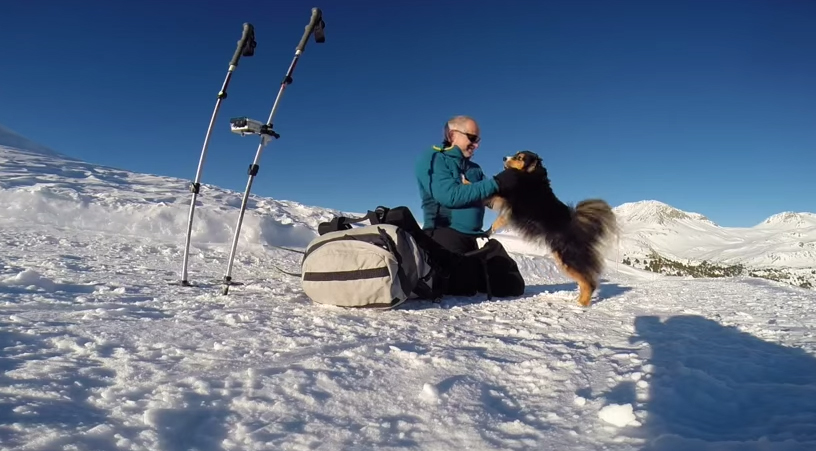