Next on The Scoop: A Guide to Thanksgiving Etiquette for Your Dog

You know of the original Hachiko, the famed Japanese Akita who arrived at a train station every night for a decade to greet his owner, who had died. There’s also  “Jurong’s Hachiko,” a Lab in Singapore who appeared at the same bus stop every day, twice a day, waiting for someone who never arrived. (The dog has since been placed with a new family.) 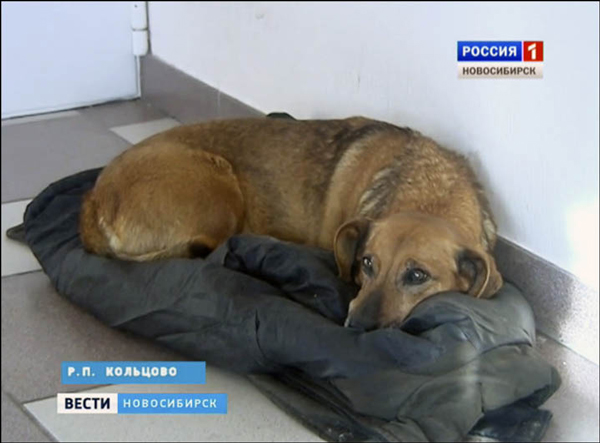 Now we have “Sibera’s Hachiko,” who is, true to the Hachiko legend, waiting steadfastly for someone who will never return. In this case, the dog, named Masha, turns up every day at a Siberian hospital where her owner died. She’s been coming for two years, according to the Siberian Times. Staff say the dog is heartbroken, and they make sure she has a place to sleep and food to eat.

“You see her eyes, how sad they are — it’s not the usual shiny eyes for when a dog is happy,” said chief doctor Vladimir Bespalov, according to the Times. “You can see this in animals in the same way as with people.”

Her owner was a patient in the hospital before he died, and Masha was his only visitor. She would return home every night and come to the hospital every day. After he died, she kept up the practice.

“She is waiting for him, for her owner,” said Nurse Alla Vorontsova, according to the Times. “Just recently a family tried to adopt her, but Masha ran away and returned to the hospital. She was taken on Friday evening, and at 3 a.m. on Saturday she was back here.”

“There is nothing medicine can do for her here, but we are still hoping that Masha will be able to find another owner,” said Bespalov. “One day, and we very much want this day to come soon, our Masha will trust somebody.”

Via the Siberian Times